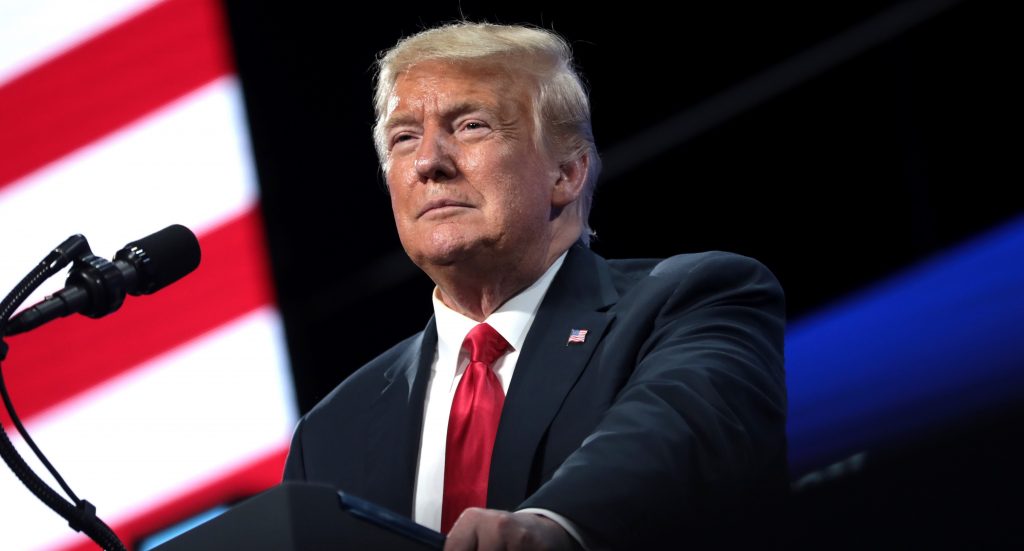 President Donald Trump wants an NFL legend to “run” for the Georgia Senate in 2022, when it’s radical leftist senator Ralph Warnock is up for re-election. 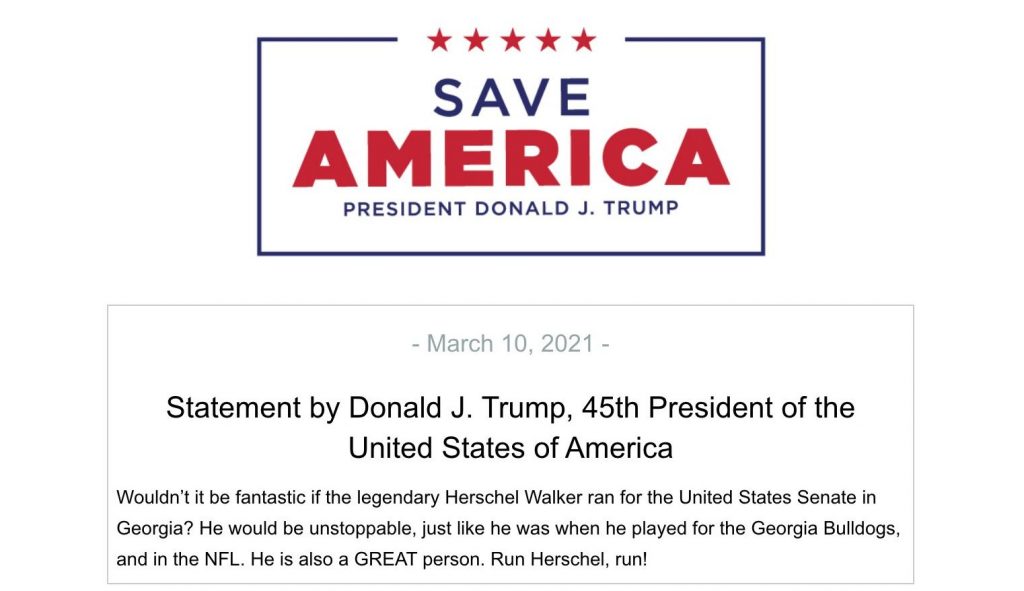 “Wouldn’t it be fantastic if the legendary Herschel Walker ran for the United States Senate in Georgia?” Trump said in his message. “He would be unstoppable, just like he was when he played for the Georgia Bulldogs, and in the NFL.”

Herschel Walker has been a vocal Trump supporters and an advocate for strong conservative values. He recently left a strong message on Twitter reflecting his beliefs.

Our Elected Officials time is best served upholding the Constitution and finding solutions to hold Companies & our Government accountable. They want to keep everyone emotional with bandaids rather then solving problems! #Many folksmakemoneyoffofcreatingraceproblems pic.twitter.com/4hyDTfa97a

“Our Elected Officials time is best served upholding the Constitution and finding solutions to hold Companies & our Government accountable,” Walker tweeted. “They want to keep everyone emotional with bandaids rather then solving problems!” #Many folksmakemoneyoffofcreatingraceproblems was a hashtag he added.

There has been recent chatter about Walker getting into the Georgia Senate race.

“Herschel Walker for Senate?” the Intelligencer asked. “Georgia Republicans have been buzzing with the rumor that the Georgia football legend — and close friend of former President Donald Trump — could challenge U.S. Sen. Raphael Warnock next year.”

This is breaking news. It will be updated when more information is forthcoming.