Protesters gathered outside of a Child vaccination center near Times Square in New York City on July 6. They were completely stunned by what they saw.

ViralNewsNYC was the originator of the viral video footage.

Activist storm the Children's vaccination site in Time Square in NYC and disrupt the site
( This was sent to me by one of the activists ) #vaccine #news #protests pic.twitter.com/KaRYHprDdw

After a police officer entered the premises, a journalist followed him in and documented that the clinic was almost entirely run by Chinese workers.

The journalist was able to reveal what was going on behind-the-scenes at the clinic.

“Anti-vaxxers attacked New York’s Children’s Vaccination Center, only to find it was run entirely by Chinese,” a tweet in Chinese reads. “They are killing children at the hands of foreigners!”

The protest was further documented by NJEG media.

“An infant is brought into the Times Square vaccination center in NYC,” NJEG Media reported.

“Police and protesters fight over the barricade as families bring infants into NYC vaccination site,” the report added.

The tense confrontation between police and protesters was further captured on a video hosted at BitChute.

The protesters had gathered outside of the clinic in opposition to Covid-19 vaccinations for small children ages 6 months to 5 years old.

The video evidence that the childhood vaccination clinic is run by Chinese workers is only problematic due to the origins of Covid-19 in China and the documented fact that China does not allow mRNA vaccines to be given to its population. 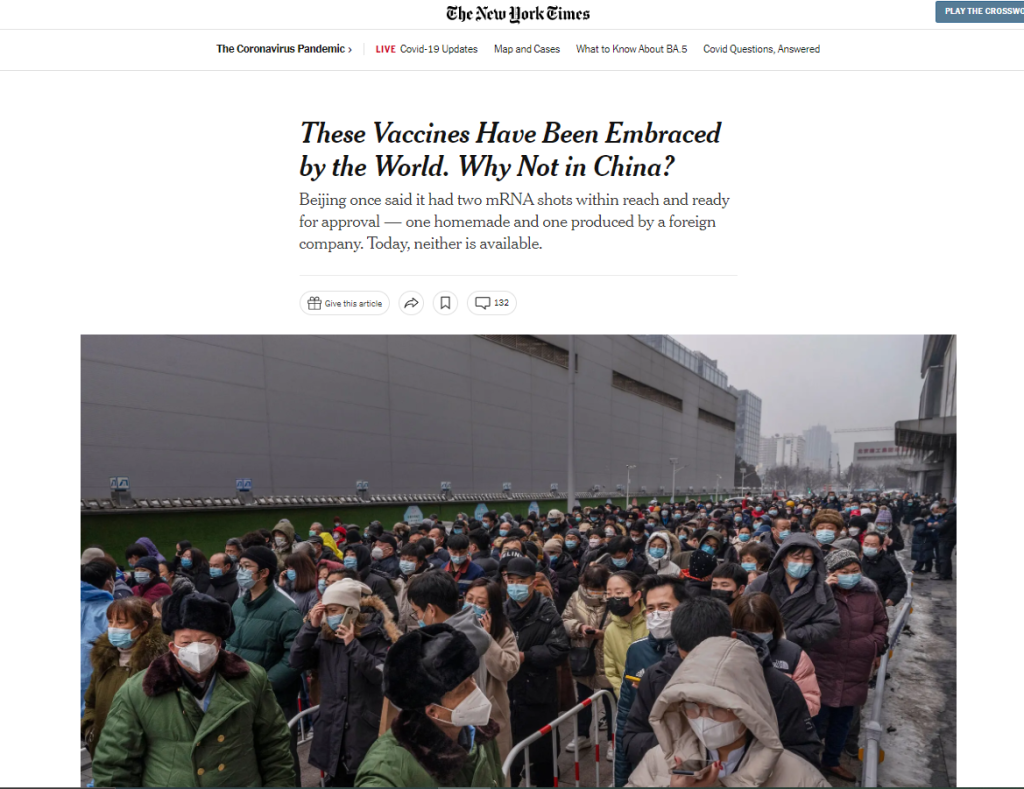 “China’s lack of an mRNA shot — and its delay in approving a viable foreign option — has poked holes in Beijing’s victorious pandemic narrative and prompted experts to question whether the country’s go-it-alone approach is less triumphant than officials would have the world believe,” the New York Times pointed out in a propaganda piece in February.

China has also focused on children as the key to its own vaccination strategy. 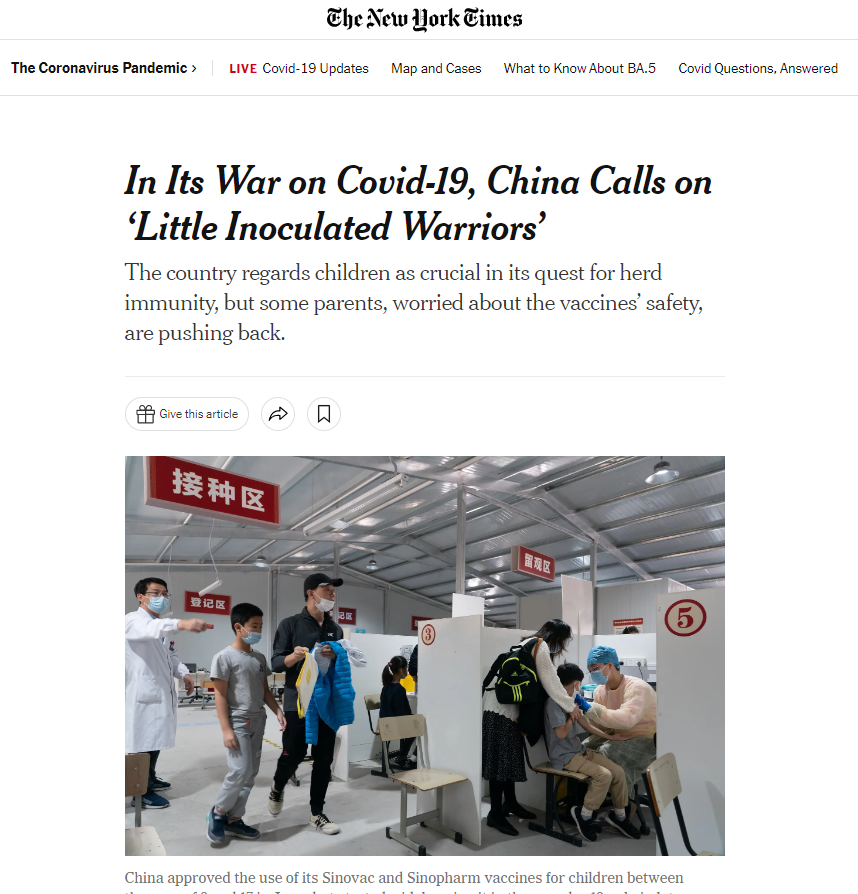 “The push is part of Beijing’s unrelenting march toward herd immunity, the point at which enough people are immune to the virus that it cannot spread through the population,” the report noted.

The United States has already attained herd immunity, due to the prevelance of natural immunity due to prior infection. Critically, according to CDC data from February, 74.2% of “children and adolescents had serologic evidence of previous infection with SARS-CoV-2, with approximately one third becoming newly seropositive since December 2021.”

Healthy children are at a miniscule risk from Covid-19 regardless of variant, and indeed, the coronavirus has been shown to be less risky to this age group than the seasonal flu. Children are being subjected to shots that have failed to stop the spread of infection and have known side effects such as myocarditis.

That the Communist Chinese refuse to give such mRNA vaccines to their own children is a serious red flag.