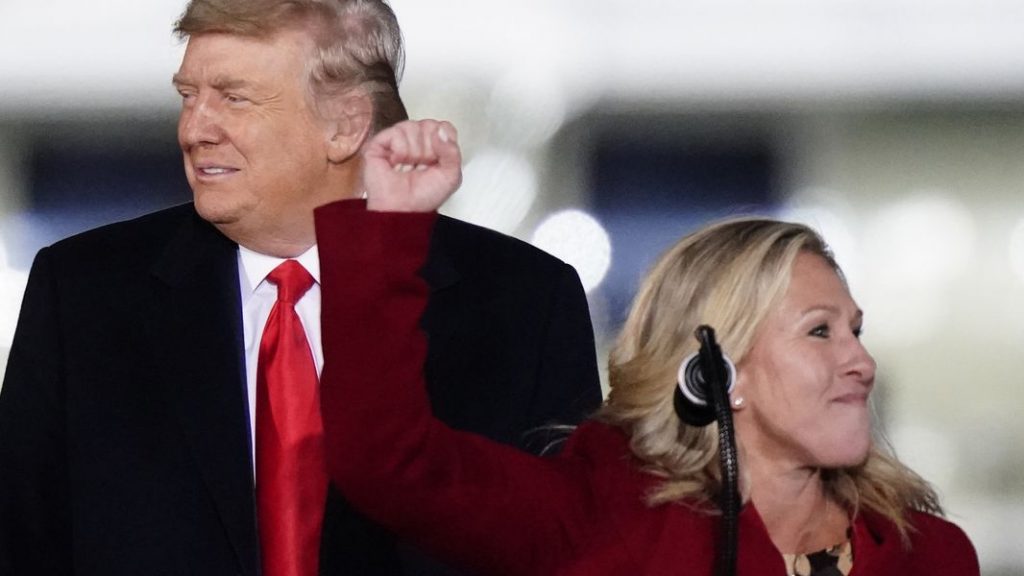 Freshman Rep. Marjorie Taylor Greene, Republican from Georgia, is certainly a controversial figure. She has no doubt propagated Q Anon, Pizzagate and other conspiracies. Nonetheless, she was elected to serve by Georgia voters and has the right to freedom of speech in the United States of America. At least, legally she does.

But after Rep. Greene expressed her support for the “Stop the Steal” protesters and rejected slates of Biden Electors, she was already on thin ice with radical House Democrats. When she filed Articles of Impeachment against Joe Biden shortly after his Inauguration, as she had promised, that must have been the final straw.

I’ll be introducing Articles of Impeachment against President-elect @JoeBiden due to his abuses of power as Vice President.

Americans can’t have a President who has threatened foreign governments to remove government officials. #ImpeachBiden pic.twitter.com/6v7bJyYO4l

“I’ll be introducing Articles of Impeachment against President-elect Joe Biden due to his abuses of power as Vice President,” she promised before the Inauguration. “Americans can’t have a President who has threatened foreign governments to remove government officials,” she continued. Green was apparently making a reference to Biden’s threat that a Ukrainian prosecutor, who happened to be investigating his son’s firm Burisma Holdings, be fired.

And on January 21st, one day after the Biden Inauguration, she made good on her threat.

I just filed Articles of Impeachment on President @JoeBiden. pic.twitter.com/mcwEEkKiHL

Radical Democrats don’t take kindly to Republicans playing hardball back at them (See: Trump, Donald J.). Now, one of the House Democrats has just filed a resolution to expel Greene.

The following is Gomez’s basis for submitting the resolution:

In light of numerous reports revealing her repeated endorsements of sedition, domestic terrorism, and political violence, Congressman Jimmy Gomez (CA-34) announced today he will introduce a resolution to expel Congresswoman Marjorie Taylor Greene (GA-14) from the U.S. House of Representatives.

“As if it weren’t enough to amplify conspiracy theories that the September 11 attacks were an inside job and the mass shooting at Marjory Stoneman Douglas High School was staged, a string of recent media reports has now confirmed that Congresswoman Marjorie Taylor Greene had previously supported social media posts calling for political violence against the Speaker of the House, members of Congress, and former President Barack Obama,” said Congressman Gomez. “Such advocacy for extremism and sedition not only demands her immediate expulsion from Congress, but it also merits strong and clear condemnation from all of her Republican colleagues, including House Minority Leader Kevin McCarthy and Senate Minority Leader Mitch McConnell. Her very presence in office represents a direct threat against the elected officials and staff who serve our government, and it is with their safety in mind, as well as the security of institutions and public servants across our country, that I call on my House colleagues to support my resolution to immediately remove Congresswoman Marjorie Taylor Greene from this legislative body.”

Rep. Greene isn’t the only Republican with a target on her after her non-extraordinary act of disputing Biden electors, similarly to how Democrats did the same in 2000, 2004 and 2016. Senators Ted Cruz and Josh Hawley have also been under fire to be expelled due to scrutiny of supporting the contestation of Electors.

What the left-leaning publication Esquire remarkedly said about the proposed expulsion of Cruz and Hawley applies equally well to Greene. The publication argued:

Nevertheless, and as soul-satisfying as it might be, expelling Hawley and Cruz would be wrong based on what we know. (Please see above for what happens if we learn something damning later on.) Basically, you would be expelling them for holding a political opinion, and for how strangers acted on their interpretation of that opinion, which is not a precedent that you particularly want to set. You would be depriving the citizens of Missouri and Texas of their elected leaders based on how they conducted the entirely legal performance of their offices.

It appears that expelling and cancellling Americans for holding a political opinion, unfortunately, is what the new Democratic Party is all about.