Dr. Anthony Fauci, who is looked at as the pre-eminent authority figure on the COVID-19 pandemic, recently appeared on a virtual panel with his counterpart, and longtime Chinese Communist Party member, Dr. Zhong Nanshan, which was hosted by the University of Edinburgh.

Although the video was posted by the University of Edinburgh in early March, it has received relatively little attention, despite the public health experts’ advocacy for ‘strict’ lockdowns extending 2-3 years and global mass vaccinations.

Dr. Zhong, who is often looked at as “China’s Fauci,” is a pulmonary specialist and a long-time Communist Party member.

“Zhong has a long career in the Chinese Communist Party hierarchy, having served for years in delegatory positions in both the CCP’s National Congress and its National People’s Congress,” Just the News noted. “He has also served on numerous state research initiatives and is the founder of the state-funded Guangzhou Institute of Respiratory Diseases.”

“On the panel, Fauci and Zhong both expressed hopes that COVID-19 restrictions worldwide would continue well into the future,” the report continued. “Zhong argued that ‘mass vaccinations’ are the ‘commonsense’ approach to engendering herd immunity in the population, but ‘to do that … will take about two or three years time with global collaboration.'”

Dr. Fauci would echo those sentiments in an exchange between the public health counterparts. At the University of Edinburgh’s virtual panel, Dr. Zhong responded to a question from Dr. Anthony Fauci that elicited his advocacy of “strict” lockdowns.

“But if one does it too quickly, and as Dr. Zhong has mentioned what I often say, ‘jump the gun’ or do it too quickly, what happens is that you can get a resurgence of infection,” Dr. Fauci continued. “So the question is, what is the right balance of continuing to put stringent public health measures at the same time as you gradually open up the economy and open up the country.

“So, I think, Tony, I think your question is my question, as well,” Dr. Zhong responded. “I think we had very… Had the experience a very long time and then trying to get a balance about that. But in China, I think is a little bit conservative, because of a very painful experience of SARS, some 18 years ago. So, that’s a great part of the question.”

“The big problem,” Dr. Zhong continued. “So, one, I have experienced the whole process of the disease. And so and that time I think the, one, because the lack of transparency and for some period of time, so we have suffered big problem of the outbreak of the disease.”

“So I think that we just this time, so we take a very strict, strict action,” Dr. Zhong said. “So, actually the lockdown and then the so-called, in the local community, and early detection, and so on. That’s our experience from the event of SARS.”

“But the point is, so we just try to step by step, so, to open that, and see what’s happens, what happened, and then trying to to release, and that’s not suddenly open… that’s not the way,” Dr. Zhong said. “So this is always a controversial time for us. So, for example, we have taken a long time to think when is recovered, to work, that was in April. With most pandemics are under control for, I think, like two months and then without too many patients increasing, so we start opening. That’s why.”

“So that’s, from the very beginning, that’s a very strict, strict stipulation for the [unintelligible]… wearing of masks, and so on” Dr. Zhong said. “That’s good for that. I think that I have noticed is in the country, so I think that action is not strict enough. So, that will be not enough to stop the spreading of that. So I think this is something up to different countries, up to different habit of countries of the people.”

Dr. Anthony Fauci also pressed his rationale that “variants” would force a demand for vaccinations and a need for continued lockdowns.

“It is important to realize,” Fauci claimed, “that variants arise, and if you suppress the virus in one country, but it is allowed to spread uninhibited in other areas of the world, sooner or later, the variants, the new lineages, the mutants, will come back and rekindle the outbreak, even in countries that seem to have it under control. So we still have a considerable amount of task in front of us.”

Dr. Anthony Fauci indeed seems to be very possible with the Chinese Communist Party himself. A Foreign Ministry spokesperson in October 2020 directly compared Zhong and Fauci and tweeted commiseration about the reports that Dr. Fauci was receiving death threats.

“China’s Fauci Dr. Zhong Nanshan was awarded Medal of the Republic for his outstanding contributions to China’s fight against COVID-19. He was the first to warn of human-to-human transmission. We are so sad to learn Dr. Fauci got harassment, even death threats,” the tweet said.

Dr. Fauci was recently confronted about his track record of being wrong about COVID-19 and advocating lockdown measures and masks after vaccinations. Dr. Fauci and Senator Paul, who is a licensed medical doctor, got into am exchange on the issue.

“No evidence that there are significant re-infections after vaccine,” Senator Paul said. “In fact, I don’t think we have a hospitalization in the United States after the two-week period after the second vaccination.”

“You have a death in the United States,” Dr. Fauci replied. “You’re not hearing what I’m saying about variants, we’re talking about wild type versus variants, and now the…”

“What proof is there that there are significant re-infections with hospitalizations and death from the variants…” Paul continued. “None in our country. Zero.”

“Well, because we don’t have a prevalent of a variant yet,” Fauci objected. “We’re having one… can I finish? We’re having 117 that’s becoming more dominant…”

“You’re making a policy based on conjecture,” Senator Paul responded.

“No, it isn’t based on conjecture,” Fauci said.

“You’re pointing to variants, so… you want people to wear masks for another couple of years,” Paul continued.

Despite objections to referring to COVID-19 as  the “China virus,” the variants are being dubbed after the areas where they are reportedly being found, such as the “UK variants” and “South African variants.”

The really strange thing about the super dangerous and/or contagious “UK” and “South African” variants is that they must REALLY be scary on the road, because so far they are total patsies at home… pic.twitter.com/Ez2lq3qPew

Mediaite’s senior columnist John Ziegler points out there is scant statistical evidence of a surge being fueled by such variants.

The public health experts are not always basing their decision-making on evidence, by admission. In March, Dr. Fauci explained that when the science is lacking the experts have to go with their gut.

However, now we do have CDC evidence on masks and lockdowns that directly contradict the message that countries need such “strict” measures indefinitely.

Furthermore, new studies released by the CDC show that indoor dining has zero statistically significant correlation with the spread of COVID-19 and that masks were remarkably ineffective at preventing case rate growth and mortality rates.

Dr. Fauci and Dr. Zhong also brought to light that there are massive psychological issues with mantaining lockdowns for extended periods of time. 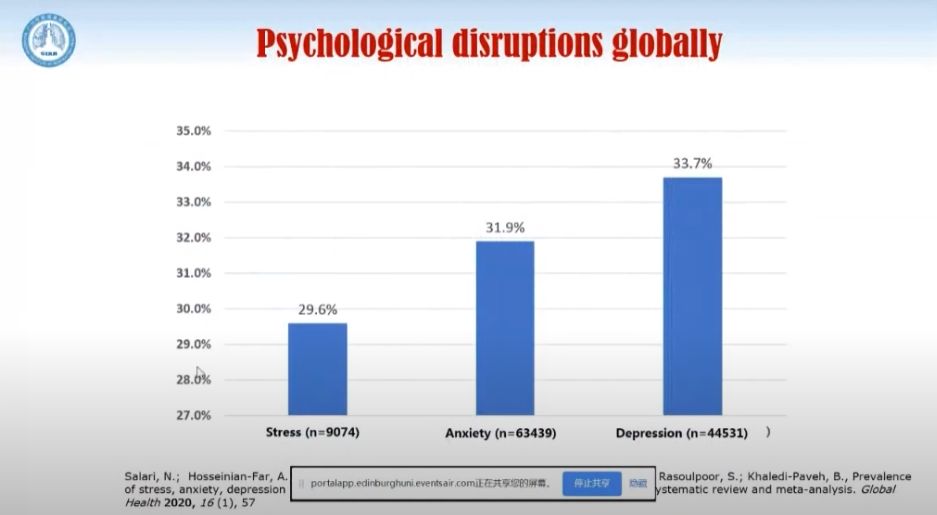 America’s youth is suffering tremendously from the fear that is being created by the COVID-19 hysteria. Young and healthy people are not considerably at risk from COVID-19, but those who are ages 5-14 are more likely to die of suicide than they are from the virus.

If we continue to unquestioningly let “experts” manage our society instead of our elected leaders, according to the Constitution and the rule of law, our entire country will be committing national suicide.

READ: Democrats Tell Biden They Don’t Trust Him with Our Nukes