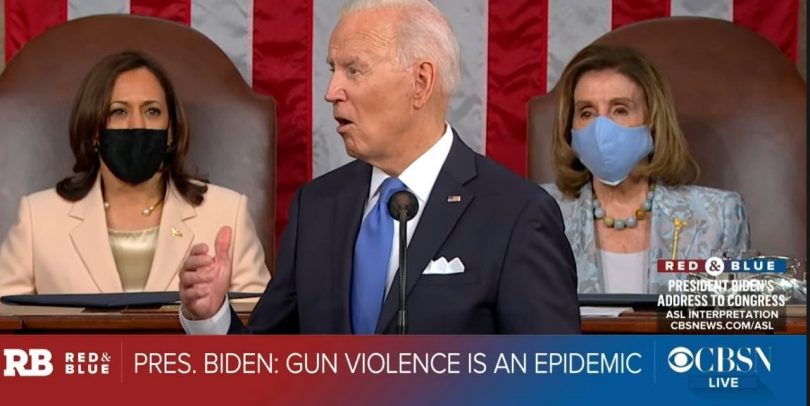 Joe Biden waited nearly 100 days to give his first presidential address to Congress. It doesn’t appear to have been highly anticipated, based on how few Americans actually tuned into the livestreams to watch him.

Once again, there was much more negative reaction than positive reaction on the Youtube livestreams. Just take a look.

CBS showed a little over 18,000 simultaneously watching, but double the thumbs down to thumbs up. 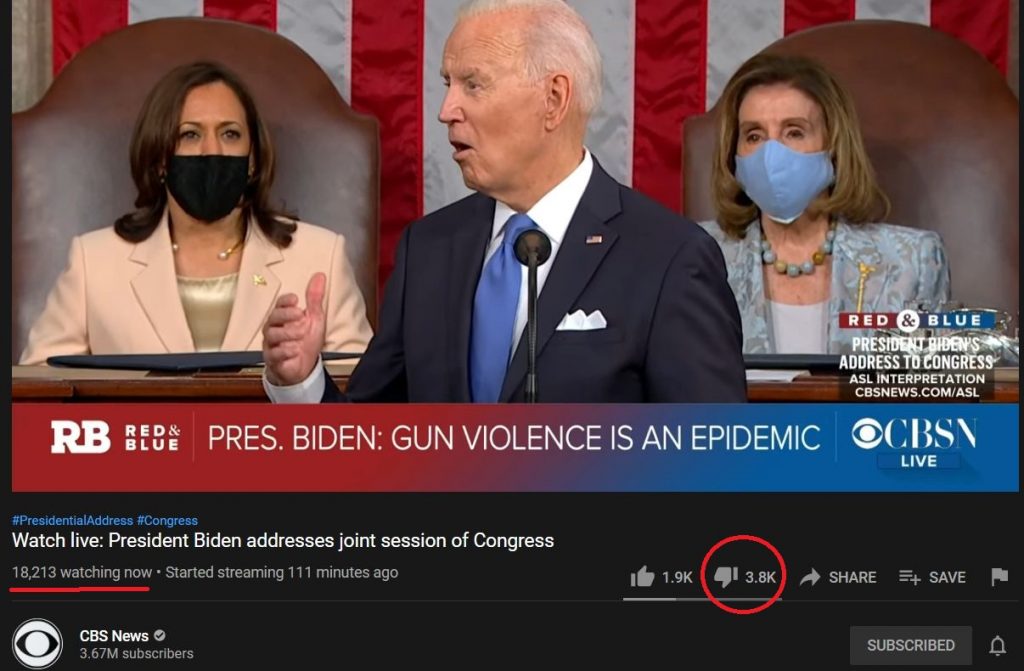 CNBC has almost 12,000 watching with more negative reactions than positive ones. 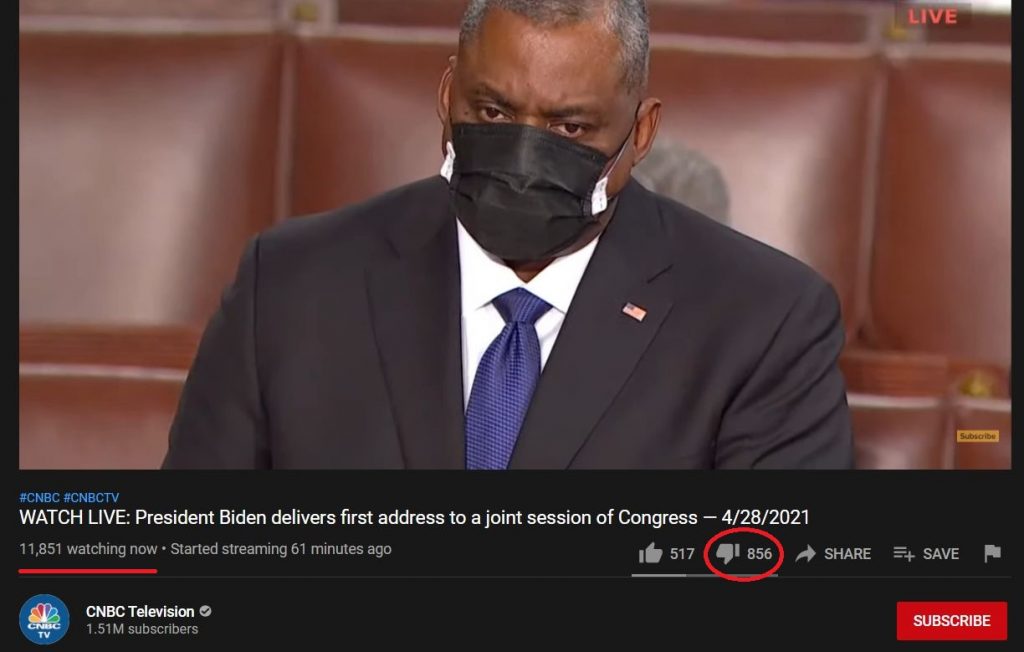 Reuters had only 2,049 simultaneously watching an hour into the address and had three times the negative reactions than positive ones. 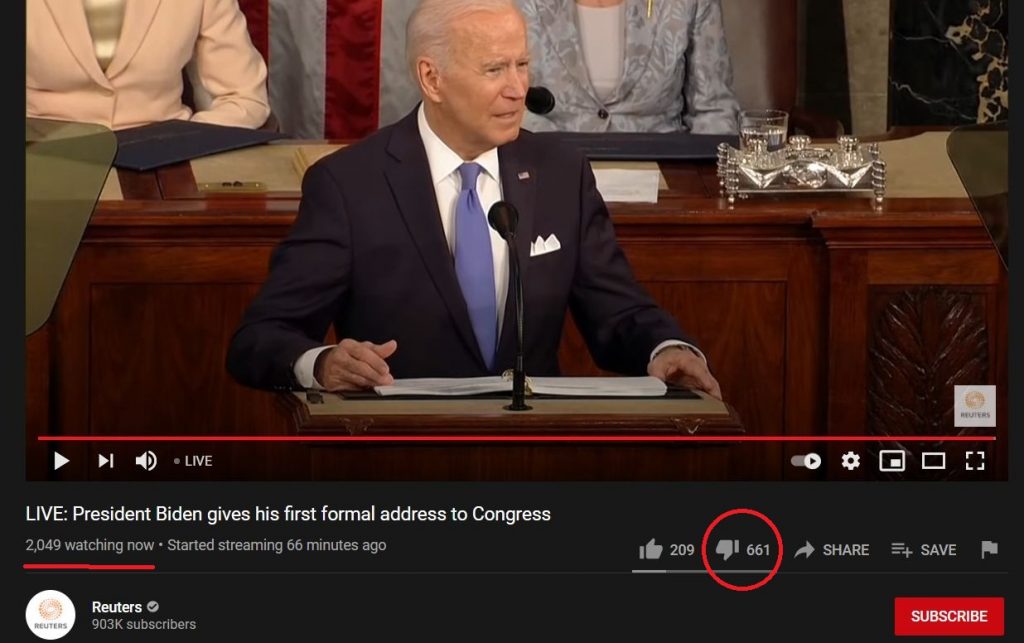 Time also had three times the negative ratio with only 1,170 viewers out of a million subscribers. 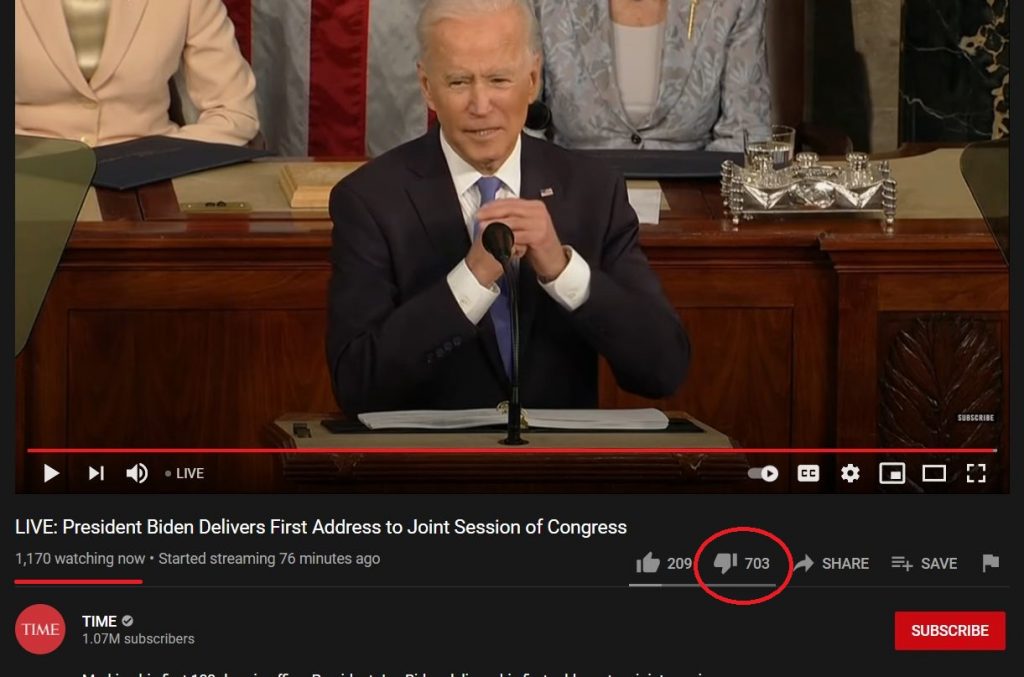 The USA Today got 3,778 to watch an hour into the livecast and had far more negative reaction than positive. 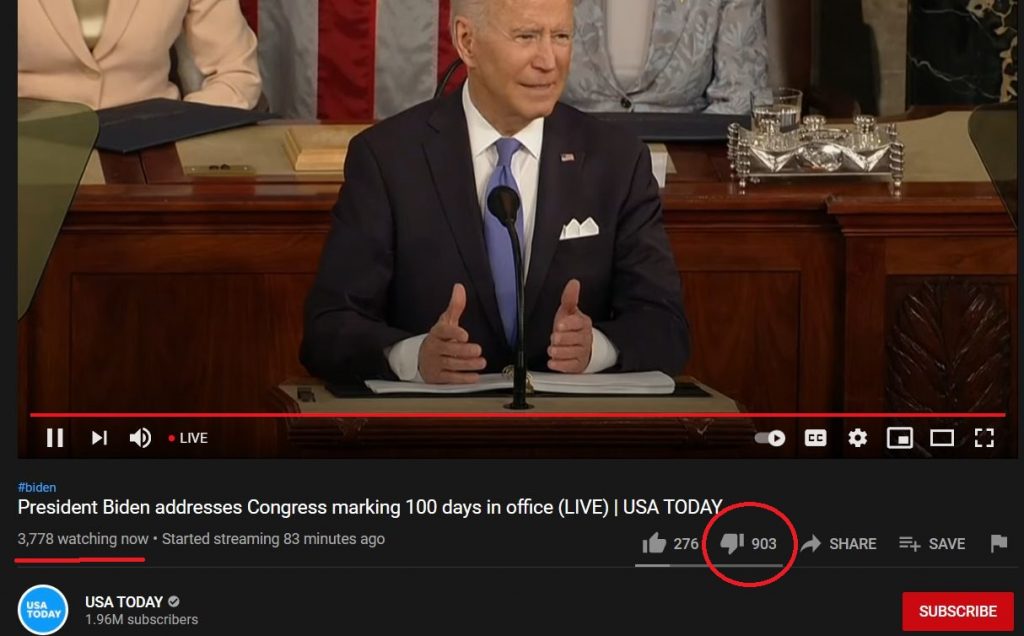 The Washington Post was one of the few to get positives to outweigh negatives on reactions. Over 76,000 were watching an hour into Biden speaking. 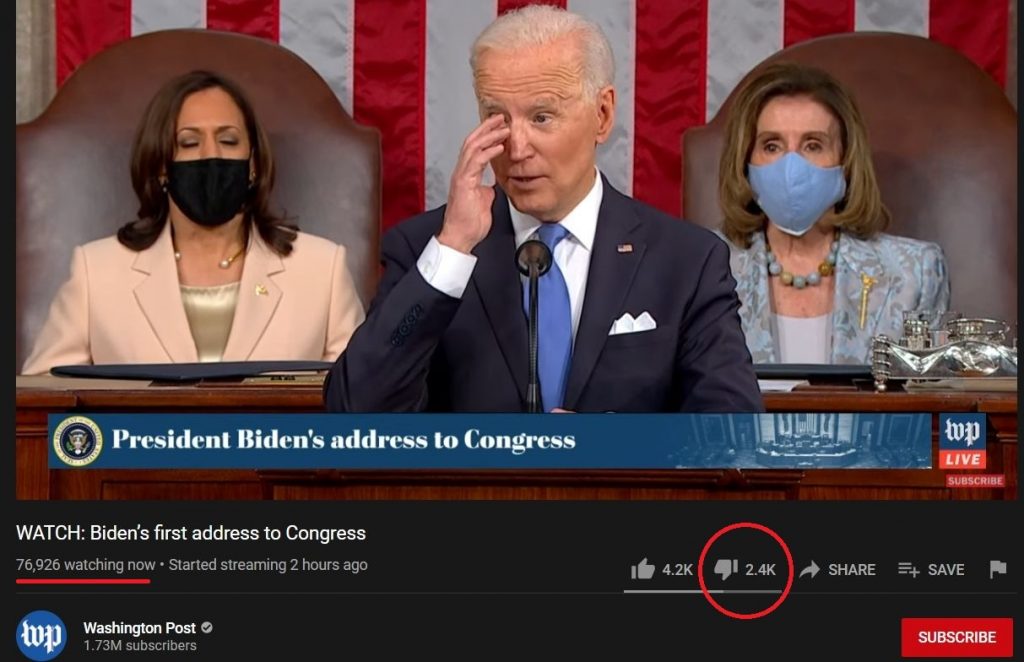 Yahoo Finance has a bit over 7,000 viewers on its livestream, but negatives again far outweighed positives. 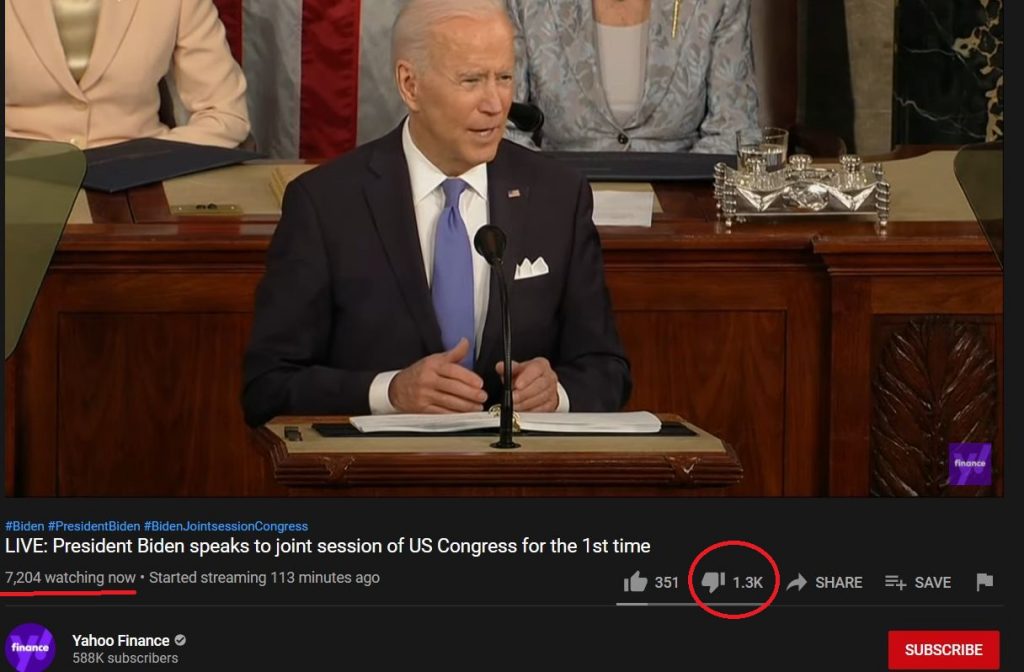 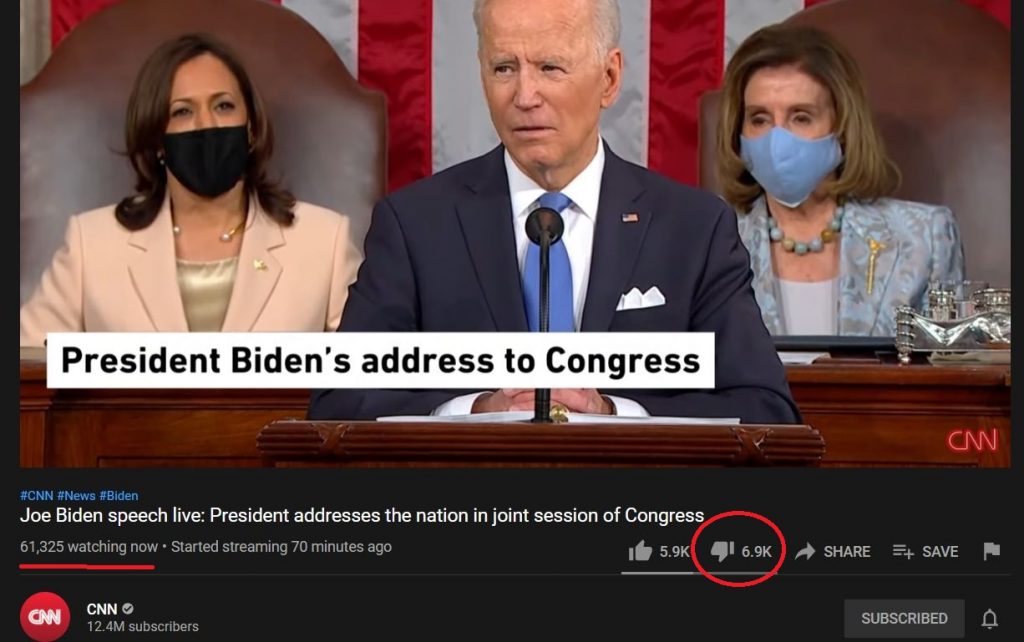 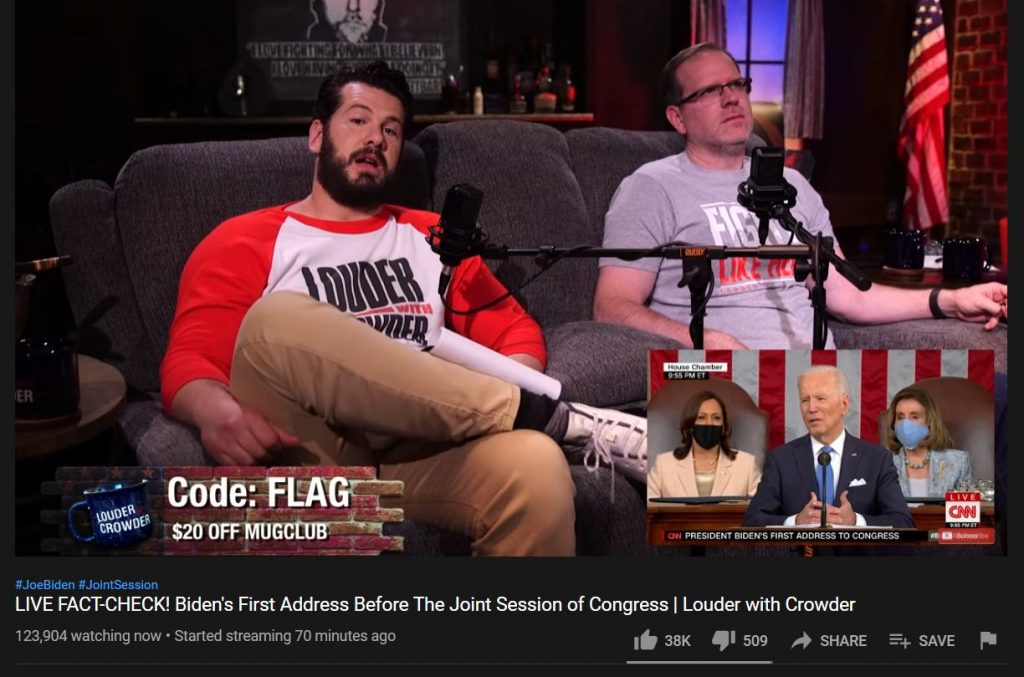