Republicans Propose the HUNTER Act, Which Would Ban the Government from Funding Crack Pipes 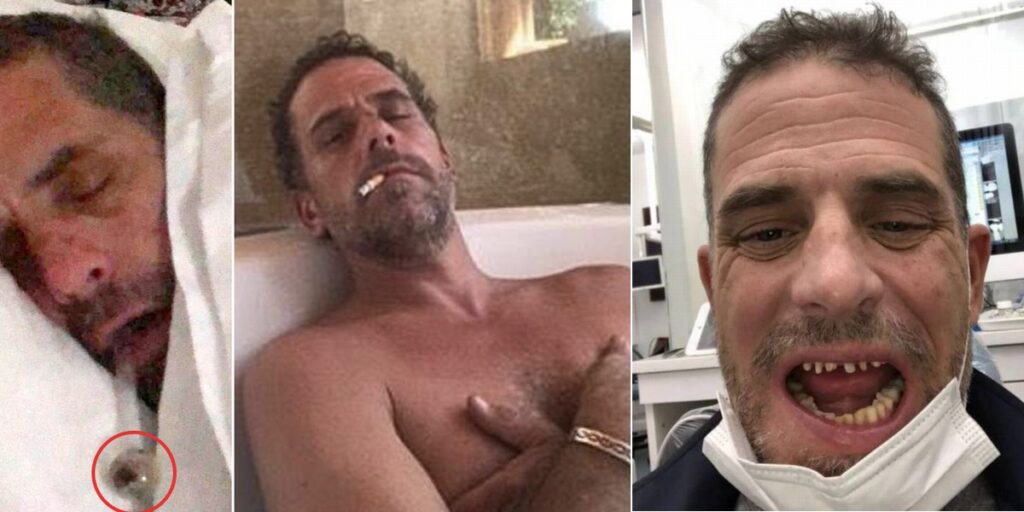 In case you missed it, the Biden administration has set aside $30 million in funding for a program that includes ‘safe smoking kits’ with paraphernalia that critics have referred to as ‘crack pipes.’

The mainstream media hath decreed that this is a bastardization of the program’s intent and thus it is sacrosanct to refer to such ‘drug equity’ paraphernalia as ‘crack pipes.’ The Washington Beacon broke the story, as pointed out by Fox News.

“The Health and Human Services (HHS) Department is rolling out a $30 million grant program that will fund the distribution of items, like crack pipes, for smoking illicit substances, according to a new report,” Fox News reported.

“The Washington Free Beacon initially reported on the program, noting that the department would prioritize applicants in ‘underserved communities’ as defined under one of President Biden’s executive orders,” Fox News continued. “An HHS spokesperson reportedly told the Beacon that the grants would fund smoking kits with pipes for users to smoke crystal methamphetamine, crack cocaine and ‘any illicit substances’.”

The grant document refers to Biden’s executive order 13985: “Advancing Racial Equity and Support for Underserved Communities Through the Federal Government.”

The White House denies that this is a ‘crack pipe funding program.’ But, just to be on the safe side, a pair of Republican congressmembers are now proposing the HUNTER Act. It would ban (you guessed it) government funding for crack pipes.

The legislation was proposed by Rep. Lauren Boebert (R-CO) and Rep. Dan Bishop (R-NC). Bishop remarked on the bill.

After getting caught, Biden now claims that American taxpayers won't be funding crack pipes after all.

But just to be safe, @RepBoebert & I are introducing the HUNTER Act, which ensures your tax dollars aren't subsidizing woke drug policies. https://t.co/Ax7WNupOyg

“After getting caught, Biden now claims that American taxpayers won’t be funding crack pipes after all,” Bishop said on Twitter. “But just to be safe, @RepBoebert & I are introducing the HUNTER Act, which ensures your tax dollars aren’t subsidizing woke drug policies.”

"I like the HUNTER Act," Boebert said in an interview, "because it was a better acronym than Stop Paying to Subsidize Biden's Son’s Drug Addiction Act. That didn't really flow. I think tax dollars have been on the hook for Hunter’s addictions long enough."https://t.co/Tu0oEQ2dCy

“I like the HUNTER Act,” Boebert said in an interview, “because it was a better acronym than Stop Paying to Subsidize Biden’s Son’s Drug Addiction Act. That didn’t really flow. I think tax dollars have been on the hook for Hunter’s addictions long enough.”

“Congressman Bishop and I are standing up and saying, heck no,” Boebert said. “Our tax dollars should not be funding the death and destruction of crack addicts. Democrats are always putting the American taxpayer last and Republicans just want to give people in need a good job. Democrats want to give them crack pipes.”

Update: Add a few senators to the mix, one of them being a “Democrat.”

Tucker Carlson in a recent monologue explained how the misunderstood Biden program was really attempting to remedy the “Crack Gap.”

“Soros-aligned NGOs have long complained that marginalized groups in this country don’t have adequate access to illegal narcotics or the tools to use them,” Carlson said.

“With this new program, Joe Biden will finally close the crack gap,” he quipped.

“For too long in America, quality crack pipes have been the domain of rich white men like so much else,” Tucker continued sarcastically. “Here is the president’s son, for example, smoking crack in bed at the Four Seasons.”

“You will notice the beautifully designed custom crack pipe, it’s cooling bowl nestled in the high-thread-count Egyptian cotton sheets,” he added. “When Hunter Biden smokes crack, he does it in style.”

“But not everyone in this country is so fortunate,” he continued. “Try to toast some rock in west Baltimore sometime, you may have to make the pipe yourself from tinfoil or a broken car antenna, for our inner cities are pipe deserts. Talk about the new Jim Crow.”

The HUNTER Act may seem like a cheap political stunt that does nothing but further the partisan divide. There is a bit of truth to that. But there’s a more deadly serious point.

If mocking the Democrats’ insane and destructive policies is the way to blow the cover off of ‘social justice’ as a pretext for filling our streets with drug addicts, weakening the U.S. military, or turning our cities into crime-filled hellholes, then the political opposition should mock away. The Democrats do this to conservatives anyway — and much worse.