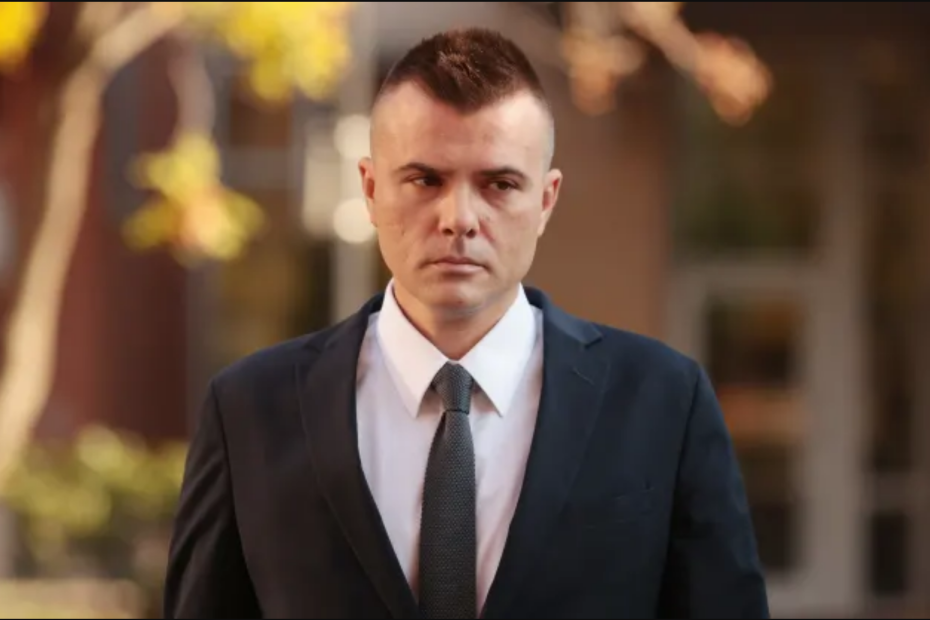 Special Counsel John Durham’s request to unseal a motion in limine pertaining to the trial of Igor Danchenko, who has been identifed as the “primary source” behind ex-British spy Christopher Steele’s dossier, has been granted.

A motion in limine is a “pretrial motion asking that certain evidence be found inadmissible, and that it not be referred to or offered at trial,” according to Cornell’s Legal Information Institute. The Special Counsel’s motion to include the evidence against Danchenko reveals that the FBI was aware of his activities as early as July 2016.

“Beginning in or about July 2016 and continuing through December 2016, the FBI began receiving a series of reports from former British government employee Christopher Steele and his firm, Orbis Business Solutions, that contained derogatory information on then-candidate Trump concerning Trump’s purported ties to Russia,” the motion states.

“Earlier that year, Perkins Coie, a U.S.-based international law firm, acting as counsel to the Hillary Clinton Presidential campaign, had retained Fusion GPS, a U.S.-based investigative firm, to conduct research on Trump and his associates. In or about June 2016, Fusion GPS, in turn, retained Steele and Orbis to investigate Trump’s purported ties to Russia. The Steele Reports played an important role in applications that FBI personnel prepared and submitted to obtain warrants pursuant to the Foreign Intelligence Surveillance Act (“FISA”) targeting Carter Page, a United States citizen who for a period of time had been an advisor to then-candidate Trump.”

“Over a fairly lengthy period of time, the FBI attempted to investigate, vet, and analyze the Steele Reports but ultimately was not able to confirm or corroborate most of their substantive allegations,” the motion added. “In the context of these efforts, the FBI learned that Christopher Steele relied primarily on a U.S.-based Russian national, the defendant Igor Danchenko (‘Danchenko’ or the ‘defendant’), to collect information that ultimately formed the core allegations found in the Steele Reports. From January 2017 through October 2020, and as part of its efforts to determine the truth or falsity of specific information in the Steele Reports, the FBI conducted multiple interviews of the defendant regarding, among other things, the information that he had provided to Steele.”

This is one of the strongest statements to date from the U.S. government acknowledging the ties between the Hillary Clinton Presidential Campaign and the FBI’s “Crossfire Hurricane” operation that entailed FISA surveillance on the Trump campaign. It also highlights the dubious nature of the information that the FBI would act upon to target the Trump campaign in its investigation.

Margot Cleveland of the Federalist expanded on the Special Counsel motion’s contents.

“LOL. To this day, I STILL see Leftist claiming the dossier was mostly true/corroborated or some such nonsense,” she added.

“It is truly crazy that our ‘free press’ continues to frame Trump as coordinating with Russians when in fact, Clinton campaign HIRED Russian who provided disinformation re Trump that allowed spying on Trump campaign,” Cleveland added. “And, yes, you are getting my live thought bubbles as I read.”

As noted in the motion, Danchenko was charged in a five-count indictment with making “materially false statements to an FBI official, in violation of Title 18, United States Code, Section 1001.” The Department of Justice was able to indict Danchenko in November.

“According to the indictment, on June 15, 2017, March 16, 2017, May 18, 2017, Oct. 24, 2017, and Nov. 16, 2017, Danchenko made false statements regarding the sources of certain information that he provided to a U.K. investigative firm that was then included in reports prepared by the U.K. investigative firm and subsequently passed to the FBI,” the Department of Justice announced in November. “The June 15, 2017, false statement count alleges that Danchenko denied that he had spoken with a particular individual about material information contained in one of the Company Reports when he knew that was untrue. The March 16, 2017, May 18, 2017, Oct. 24, 2017, and Nov. 16, 2017, counts involve statements made by Danchenko on those dates to FBI agents regarding information he purportedly had received from an anonymous caller who he believed to be a particular individual, when in truth and in fact he knew that was untrue. The information purportedly conveyed by the anonymous caller included the allegation that there were communications ongoing between the Trump campaign and Russian officials and that the caller had indicated the Kremlin might be of help in getting Trump elected.”

“Charges contained in an indictment are only allegations,” the DOJ added. “The defendant is presumed innocent unless and until proven guilty beyond a reasonable doubt in a court of law.”