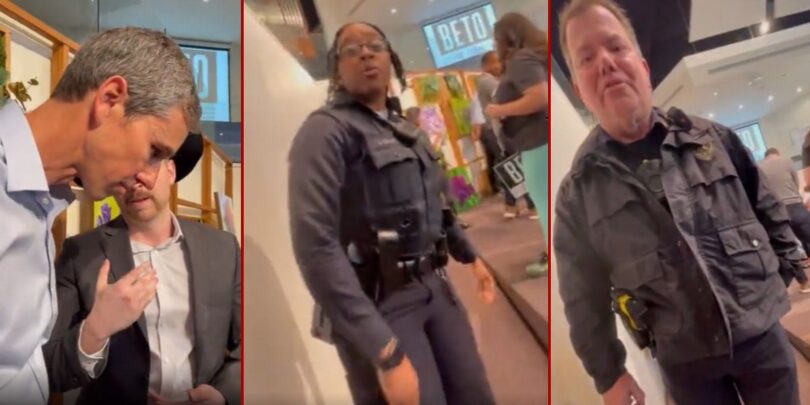 Blaze Media’s Sara Gonzales has released footage from a Beto O’Rourke event in March where a staffer appears to physically shove her and grabbed her phone. The video can be viewed below.

The incident was first brought to public attention on March 6th by Gonzales on Twitter.

Earlier today, I attended a Beto O’Rourke townhall. I started to record an interaction between Beto & a constituent while he was taking pictures.

His staffer grabbed my phone &tried to pry it out of my hands, then a DPD officer manhandled me unprovoked.

Beto is NOT for TX.

“Earlier today, I attended a Beto O’Rourke townhall. I started to record an interaction between Beto & a constituent while he was taking pictures,” she said. “His staffer grabbed my phone &tried to pry it out of my hands, then a DPD officer manhandled me unprovoked. Beto is NOT for TX.”

Gonzales told Becker News that her legal team is exploring all legal options this week. She added that the “staffer was issued a citation and internal affairs is investigating.” She also stated that “DPD bodycam policy appears to show she should have been wearing it” and pointed to code 332.0 in the Dallas Police Department General Order regulating police use of body-worn cameras. 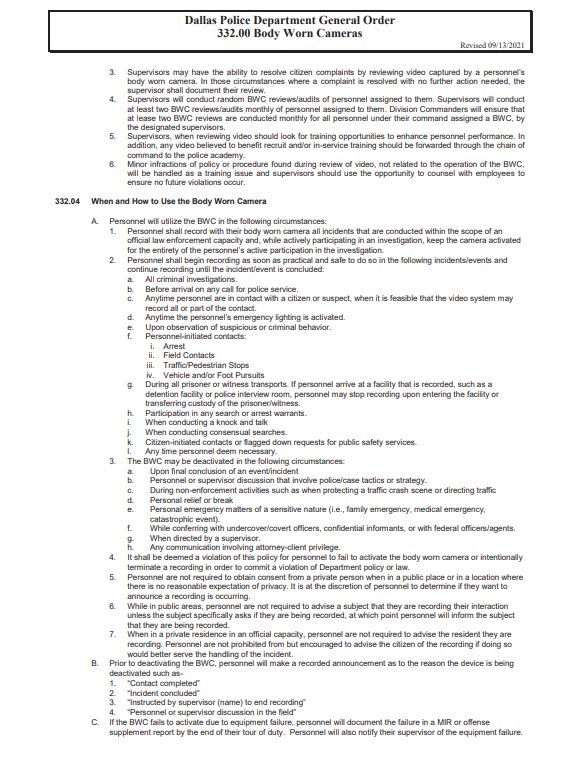 In an update on March 12, she explained that the Dallas Police Department is claiming that there is no bodycam footage.

Update:@DallasPD has responded that there is no bodycam footage. Convenient.@BetoORourke’s team did not respond to a request for comment.

Footage will be released this week and all legal options will be pursued. https://t.co/NJsLThxged

“Dallas PD has responded that there is no bodycam footage. Convenient. Beto O’Rourke’s team did not respond to a request for comment,” she said. “Footage will be released this week and all legal options will be pursued.”

The Dallas police department has not filed charges on the incident. It was contacted by The Daily Wire, which forwarded along a statement.

“I cannot confirm nor release any names because no official charges have filed,” Michael Dennis told The Daily Wire. “Due to the incident being under investigation we will not be able to disclose any further information.”

“I started recording at this public forum, as I had seen many others do, and was immediately attacked by Beto’s staffer, who blocked me and grabbed my phone, trying to pull it out of my hands,” she said. “As I was attempting to maintain the grip on my phone while it was being pulled from me, a black female Dallas Police officer blindsided me and forcefully grabbed my arms, pushing me away where I nearly tripped down some steps.”

“She had given no directive, no instruction, no warning before forcefully putting her hands on me,” Gonzales continued.

“I am not a criminal and had not broken any laws. I’ve never been in an incident like this with law enforcement, and have always been extremely supportive and respectful of them, but this incident affected me very viscerally. The fact that I had to wrestle my private property away from a stranger attempting to take it from me only to be manhandled by the police as if I were a criminal is deeply upsetting,” she added. “I feel violated.”

It is important to note as editorial commentary that if this were a Ron DeSantis or Trump event, the mainstream media would have given the story major coverage, along with scathing accusations about the politician’s attitude towards adversarial journalists. Since it is an event for Beto O’Rourke, whose Texas gubernatorial candidacy that the majority of mainstream journalists support, the incident has mostly been treated with silence. Where is the ‘silence is violence’ crowd now?