Secretary of the Army: ‘I’m Not Sure What Woke Means’ But We Have to Make Soldiers ‘Feel Included’ 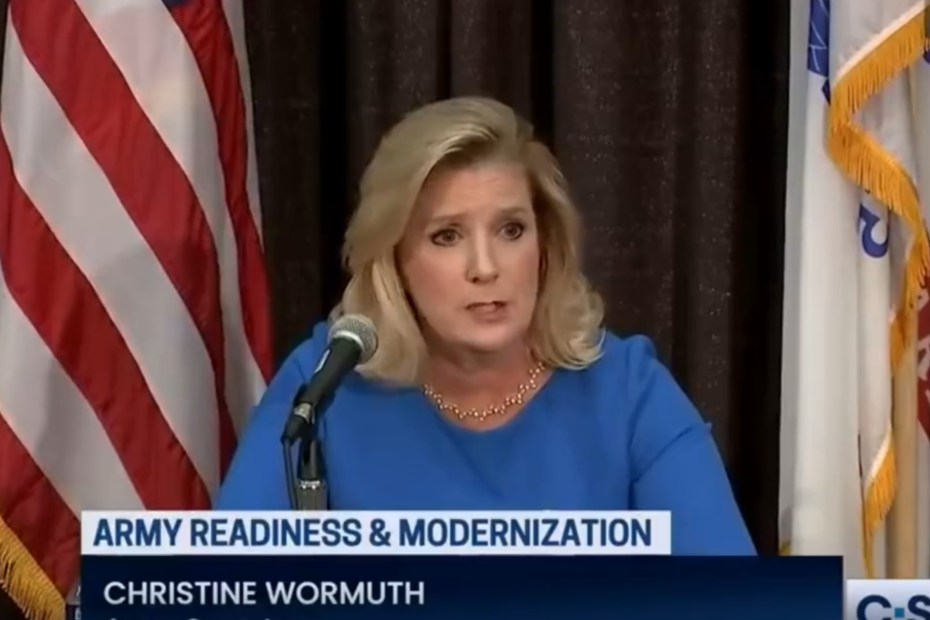 Secretary of the Army Christine Wormuth was confronted on the military’s suddenly ‘Woke’ politics and how that might be impacting recruitment and military readiness.

Wormuth denied understanding what “Woke” means and proceeded to give a Woke explanation for the U.S. military’s ongoing problems. Watch:

“And one more thing… I would emphasize is I think more broadly in terms of, you know, soldiers coming from marginalized communities or, you know, demographics that are not widely represented in the Army,” Wormuth said. “That’s part of why we’ve got to emphasize positive command climates and inclusion.”

“You know, we get criticized, frankly, sometimes for being ‘Woke’,” she went on. “I’m not sure what Woke means. I think Woke means a lot of different things to different people. But, first of all, I would say if, if Woke means, you know, we are not focused on war fighting, we are not focused on readiness, that doesn’t reflect what I see at installations all around the country or overseas when I go and visit.”

“But I think, you know, we do have a wide range of soldiers in our army and we’ve got to make them all feel included,” she added. “And that’s why a lot of our diversity, equity, and inclusion programs are important.”

Unidentified service members talked to Fox News Digital recently about ways the perception that the U.S. military is ‘Woke’ is hurting recruitment, which the Secretary of the Army denies.

“The military is extremely woke,” one service member said.

“I do perceive the Army leadership as woke, and probably the lower enlisted (they have been indoctrinated in school),” another service member said. “Equity-diversity is another way to divide and control the masses. It does nothing for the warfighter.”

“Merely questioning the goals or methods used to promote ‘Equity & Diversity’ is punished and that punishment is swift, harsh, and public,” another added.

“I 100% believe the military is woke. I see daily minorities, overweight people and women not adhering to military standards,” yet another said. “Nobody corrects them due to the fear of being fired and labeled a racist or a sexist.”

If it’s one thing we know about Woke activists, they are incapable of introspection or taking blame for their failed policies. That is one reason they are so dangerous — they are incapable of changing their radical agenda in light of political disagreement or real-world constraints. Woke activists will continue forcing their agenda onto others, no matter what the cost to the nation and its military.