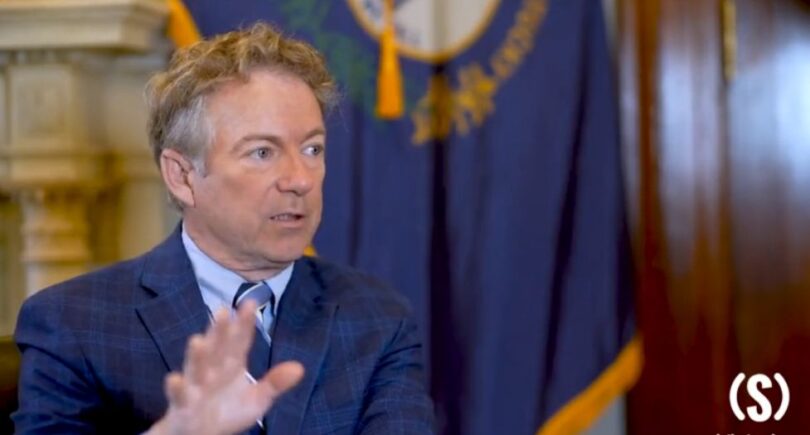 Senator Rand Paul recently gave a sit-down interview with the Daily Signal. The Kentucky senator called for Americans to show mass civil disobedience against the vaccine mandates like the Freedom Convoy has in Canada. Watch:

“I’m all for it,” Paul said about the Freedom Convoy protests. “Civil disobedience is a time-honored tradition in our country, from slavery to civil rights, to you name it. Peaceful protest, clog things up, make people think about the mandates.”

“And some of this, we started,” the senator continued. “We put [COVID-19] mandates on truckers coming across the border from Canada so they put mandates on, and the truckers are annoyed. They’re riding in a cab by themselves, most of them for eight, 10-hour long hauls, and they just want to do what they want to do. It’s their own business.”

Senator Paul then asked how Washington D.C. would handle such a civil uprising.

“It’d be great, but the thing is, it wouldn’t shut the city down because the government workers haven’t come to work in two years anyway,” Paul said. “I don’t know if it’ll affect D.C. It’d be a nice change. We’d actually have some traffic.”

Paul then expressed his hope that such a movement began to rise up in the United States.

“I hope the truckers do come to America,” he went on to say. “I hope they clog up cities.”

The senator then said that such protests are creating a “break in the dam” against COVID-19 restrictions.

Watch the full interview below:

Support Becker News with great gear from our company store!