Shock: NY Board of Elections Admits Over 135,000 Votes Tabulated in ‘Error’ During Mayor Primary Race

The New York City Board of Elections has walked into another elections fiasco after it admitted that over 135,000 votes were erroneously tabulated in the city’s mayoral primary race.

The confusion was kicked off by election officials late Tuesday night when they retracted their initial vote results. They had discovered that the results had been corrupted by test deck data that were never cleared from the voting system.

“The Board apologizes for the error and has taken immediate measures to ensure the most accurate up to date results are reported.” 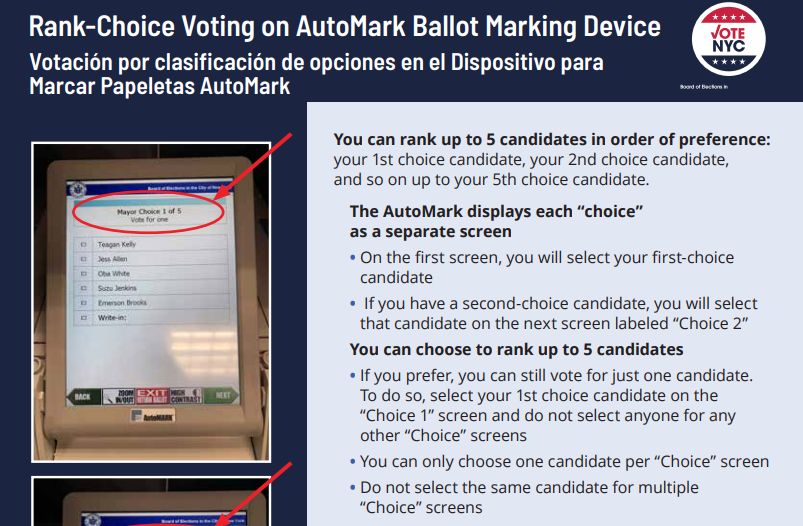 As reported by The Hill, “the latest tally of votes released Tuesday afternoon had shown Eric Adams leading Kathryn Garcia by a little more than 2 percentage points, or 15,908 votes.”

The Board of Elections then announced the glaring “discrepancy” in the results and took them off the website.

We are aware there is a discrepancy in the unofficial RCV round by round elimination report. We are working with our RCV technical staff to identify where the discrepancy occurred. We ask the public, elected officials and candidates to have patience.

“We are aware there is a discrepancy in the unofficial RCV round by round elimination report,” the NYC BOE stated. “We are working with our RCV technical staff to identify where the discrepancy occurred. We ask the public, elected officials and candidates to have patience.”

It appears that one thing the public, including the mayoral candidates, had for the egregious error was “patience.” Democratic primary candidates released statements casting doubt on the election process.

“The BOE’s release of incorrect ranked choice votes is deeply troubling and requires a much more transparent and complete explanation,” mayoral candidate Kathryn Garcia stated. “Every ranked choice and absentee vote must be counted accurately so that all New Yorkers have faith in our democracy and our government.”

“The vote total just released by the Board of Elections is 100,000-plus more than the total announced on election night, raising serious questions. We have asked the Board of Elections to explain such a massive increase and other irregularities before we comment on the Ranked Choice Voting projection. We remain confident that Eric Adams will be the next mayor of New York because he put together a historic five-borough working class coalition of New Yorkers to make our city a safer, fairer, more affordable place,” he said.

While Democratic voters afraid that the erroneous vote will cast doubt on 2020 presidential results are likely to treat the error as a ‘one-off,’ that is far from the case. The Associated Press pointed out the history of flawed New York City elections.

“New York City’s Board of Elections, which operates independently from City Hall, has long had a reputation for mistakes and mismanagement,” the AP noted.

“Ahead of the 2016 election, it mistakenly purged tens of thousands of voters from voting rolls,” the AP report continued. “In 2018, voters had to wait in line for several hours at some polling places over equipment issues.”

“In 2020, it struggled to process applications for absentee ballots and initially sent many voters ballots with return envelopes printed with the wrong people’s names on them,” the report continued.

SMART elections found that there were 698 more ballots than voters in the city council primary election.

“We are issuing this preliminary report because, in our opinion, we are experiencing hostility and obstruction from the New York City and the Brooklyn Board of Elections, as well as some coordinators at Early Voting poll sites,” SMART Elections Executive Director Lulu Friesdat wrote in the report.

“We have discovered discrepancies that raise concerns and deserve further exploration,” the report continued. “These were reported to the coordinators at each poll site and directly to the Board of Elections. The Board of Elections responded by removing our project leader as a poll watcher and changing the information our poll watchers were allowed to view. Now we cannot collect the data necessary for the successful completion of the project.”

“Elections conducted on current BMDs cannot be confirmed by audits. We identify two properties of voting systems, contestability and defensibility, necessary for audits to confirm election outcomes. No available BMD certified by the Election Assistance Commission is contestable or defensible,” Appel wrote in September 2020.

The numerous election errors throughout 2020 elections highlight the urgent need for elections integrity ahead of the 2022 midterm races. Transparency, accountability and competency are vital to restoring the public trust.

There is a fundamental corruption of America’s democratic processes that is undermining voters’ belief in their election system. Voting machine companies possess an influential role in elections throughout the country, despite their lack of transparency and profit-motives. Voter IDs, hand-marked paper ballots that can be easily verified, and independent audits in contested races, are all methods that can be used to bolster election confidence.

It may be high time that the United States of America go ‘back to basics’ with the bedrock principle of ‘one voter, one vote.’ If not, then we will surely see more chaotic elections like the New York mayoral primary race in the future.