Shocker: Joe Biden Finally Admits Who the ‘Real’ President Is on Live TV… 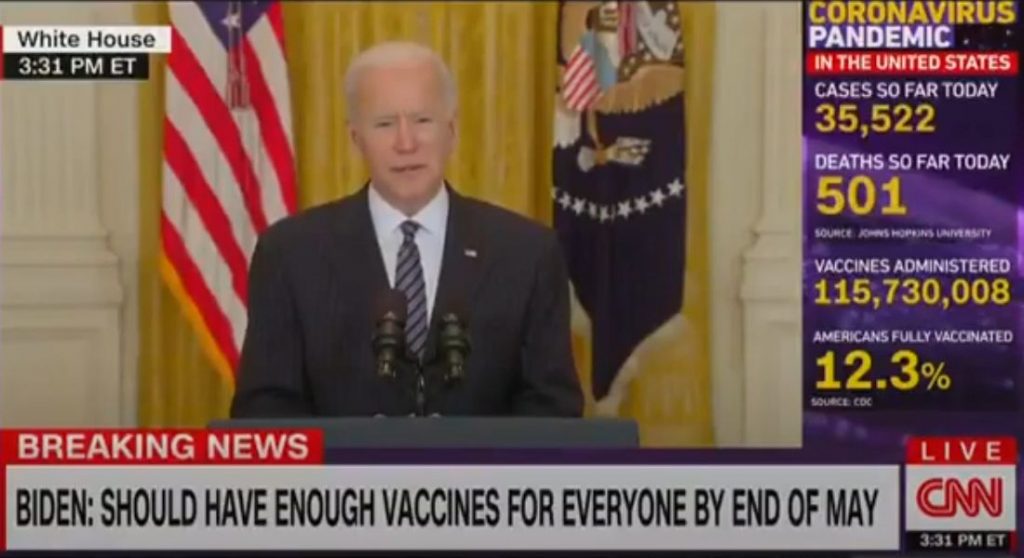 On Thursday, Joe Biden showed once again why he isn’t allowed to have press briefings or answer questions from reporters.

While delivering a statement on the coronavirus pandemic, he let it slip once again who he thinks is the President of the United States. Watch:

“Now, President Harris and I took a virtual tour of a vaccine center in Arizona, not long ago” Biden said. “One of the nurses on that, on that tour, injecting people, giving vaccinations, said that each shot is like administering a dose of hope.”

This is not the first time Biden has made such an error, although prior to taking office. On the campaign trail, he slipped and called the forthcoming administration that “Harris/Biden” administration.

Biden at times during the 2020 campaign seemed to think he was running for U.S. Senate, and he even called Kamala Harris the “president-elect.” This wasn’t when he was calling her spouse “Kamala’s wife” and mistaking his sister for his wife.

President Biden has also made a number of cringeworthy statements that only highlight his questionable cognitive abilities.

In early March, Joe Biden forgot the name of his Secretary of Defense Lloyd Austin and the name of the Pentagon while announcing that two females will be made four-star generals.

Also in March, Biden asked permission from someone named ‘Nance’ to take questions after a virtual conference shortly before the White House feed was cut.

“I’m happy to take questions if that’s what I’m supposed to do, Nance,” he said. “Whatever you want me to do.”

One of the most stunningly awkward statements came when Biden finally got around to visiting Houston after the Texas freeze disaster.

This had come within days of Biden authorizing airstrikes on Syria. No wonder Russian Vladimir Putin is now challenging Joe Biden to live debates.