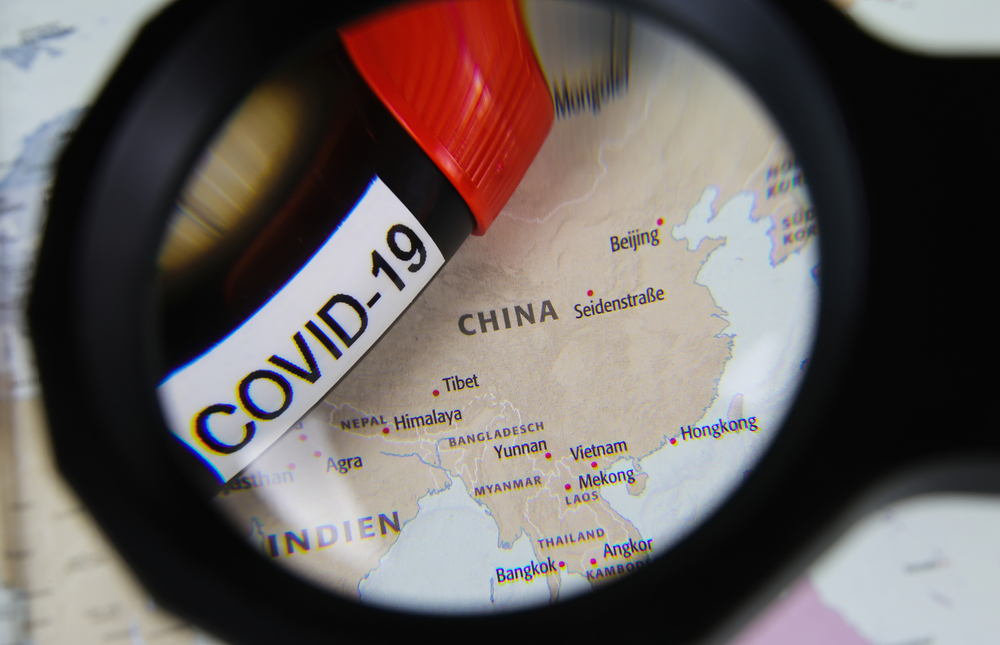 China knew that a novel coronavirus was spreading in Wuhan months before the rest of the world.

There is smoking gun evidence that China was stockpiling PCR tests for coronaviruses in Wuhan months before the Chinese Community Party (CCP) acknowledged the novel SARS-CoV-2 virus’s existence in May 2019.

Most disturbing of all are the specific contractors of the PCR tests: CDC buyers and the People’s Liberation Army. Nikkei Asia provides the overview:

The Wuhan Institute of Science and Technology was a key buyer of these PCR tests:

Purchases rose sharply from July through October as well, in particular from the Wuhan University of Science and Technology. The institution spent 8.92 million yuan on PCR tests in 2019, about eight times its total for the previous year.

The university, along with local hospitals and public health authorities, plays a direct role in responding to outbreaks of new diseases, according to the report.

The involvement of these groups provides evidence that “the increase of purchasing was most likely linked to the emergence of COVID-19 in Hubei Province in 2019,” the report said. “We assess with high confidence that the pandemic began much earlier than China informed the [World Health Organization] about COVID-19.”

The U.S. and China have butted heads over the issue since the early days of the pandemic. Beijing told the WHO that the first symptomatic case was recorded Dec. 8, 2019. But some in the U.S. allege that the virus was circulating in humans before then, with claims that it leaked from a research laboratory.

“It’s strong information for making the case that there was awareness of a virus outbreak around Wuhan several months to half a year before that December,” Akira Igata, a visiting professor at Tama Graduate School of Business in Tokyo who examined that data independently, told Nikkei Asia.

“This report could provide an opportunity for countries to press China for information again,” Igata said.

However, the PCR test purchases are but one piece of the puzzle that shows definitively that communist China let hundreds of thousands, if not millions, of people die needlessly due to its delayed coronavirus reporting.

In October of 2019, Wuhan hosted military games that became “one of the earliest super spreader events,” according to a House GOP report.

“House Foreign Affairs Republicans concluded the World Military Games in Wuhan in October 2019 was ‘one of the earliest super spreader events’ during the pandemic, with their new report contending COVID-19 escaped from a Wuhan lab in late August or early September 2019 — with China covering it up for months,” the Washington Examiner reported in August.

“When they realized what happened, Chinese Communist Party officials and scientists at the WIV began frantically covering up the leak,” said Republican Rep. Michael McCaul. “But their coverup was too late — the virus was already spreading throughout the megacity of Wuhan.”

“Within a month, satellite images show a significant uptick in the number of people at hospitals around the WIV with symptoms similar to COVID-19. At the same time, athletes at the Military World Games became sick with symptoms similar to COVID-19. Some of them carried the virus back to their home countries — creating one of the earliest super spreader events in the world, and explaining how countries who participated in the games had reported cases as early as November 2019,” McCaul added.

The GOP report said its lab leak evidence included “athletes at the Military World Games held in Wuhan in October 2019 who became sick with symptoms similar to COVID-19 both while in Wuhan and also shortly after.”

It is not the only evidence, however, that China knew that SARS-CoV-2 had the potential to spread into a deadly pandemic, but nonetheless kept that information secret from the world.

“As early as the second week of December, it was clear that this virus was spreading from person to person. By late December, it was spreading to doctors in Wuhan hospitals. Some doctors were trying to blow the whistle on these facts, and the secret police arrived at their doorsteps in the middle of the night,” Sen. Tom Cotton said in April.

“So only after China fessed up to the WHO on December 31 did the world know what was happening. Yet, still they continued to deny that it was spreading from person to person into mid-January. That allowed millions of people to leave Wuhan,” Cotton continued. “And then, finally, China continued to pressure the WHO and other countries not to stop international travel from China. That meant that hundreds of thousands of persons left China after this virus was spread far outside of Wuhan, which allowed the virus to escape China’s borders and get to the United States and get to Europe and get to essentially every country in the world.”

“I believe that was a deliberate and conscious choice by the Chinese communist leadership, because they didn’t want to see their relative power and standing in the world decline because this virus was contained within China,” Cotton added. “Again, it was obvious by mid-December to Chinese authorities that this virus was highly contagious and very deadly.”

The PCR tests being purchased in droves by CDC buyers in May – and more ominously, by the People’s Liberation Army – suggests that the CCP was fully aware of what was going on with Covid all along.

In June 2021, explosive new reports based on intelligence sources indicated that the Wuhan Institute of Virology’s “gain of function” research was linked to “secret military activity,” which ultimately culminated in an improbably early COVID-19 vaccine patent.

Indeed, the ‘warp speed’ rollout of the vaccine would be virtually impossible, unless the Chinese were already conducting research on the deadly coronavirus with the aim of developing their own vaccine.

The Australian reported that the “U.S. paid for the People’s Liberation Army to engineer coronaviruses.” The ramifications of the Pentagon also funding such dangerous ‘gain-of-function’ research in communist China are profound.

Editor’s note: The timeline of China’s recognition of the Covid-19 virus has been corrected.