So It Begins: Biden Now Quietly Laying the Groundwork for Packing the Supreme Court 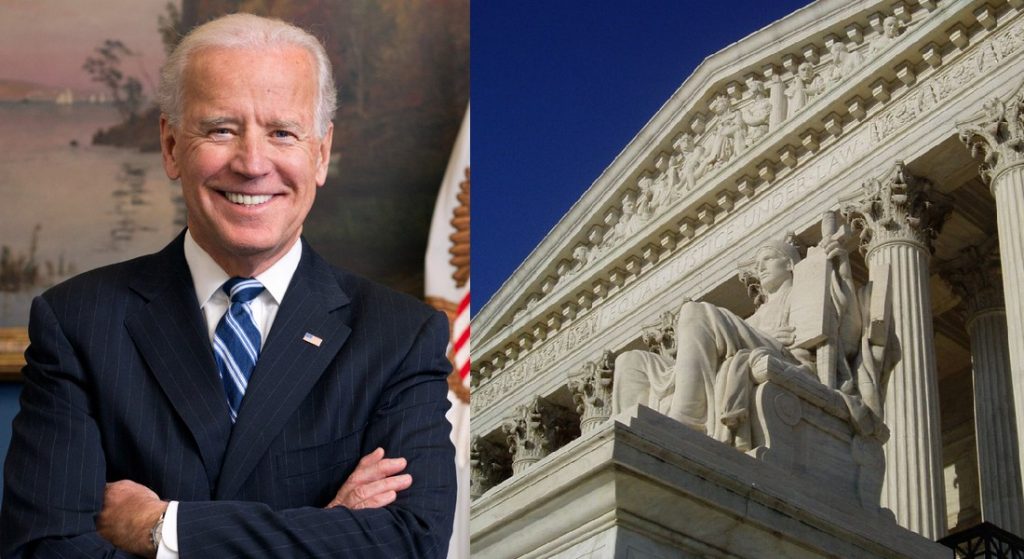 The Biden administration tip-toed around the unpopular topic of court-packing during the 2020 presidential campaign for an obvious reason: Voters overwhelmingly oppose it.

The reason court-packing is unpopular is because it is a devious, underhanded, political dirty trick. It would be implemented for no other reason than to ram through ideologically charged and potentially unconstitutional legislation and decisions, often in defiance of the will of the people.

That is not stopping the Biden presidency from laying the groundwork for the nuclear-grade partisan measure. As reported by Politico:

The Biden administration is moving forward with the creation of a bipartisan commission to study reforms to the Supreme Court and the federal judiciary.

The commission will be housed under the purview of the White House Counsel’s office and filled out with the behind-the-scenes help of the Biden campaign’s lawyer Bob Bauer. Its specific mandate is still being decided. But, in a signal that the commission is indeed moving ahead, some members have already been selected, according to multiple people familiar with the discussions.

One potential selection for the committee to “reform” (expand) the Supreme Court is Caroline Fredrickson. As Politico notes about her ideological disposition:

Fredrickson has hinted that she is intellectually supportive of ideas like court expansion. In 2019, she said in an interview with Eric Lesh, the executive director of the LGBT Bar Association and Foundation of Greater New York: “I often point out to people who aren’t lawyers that the Supreme Court is not defined as ‘nine person body’ in the Constitution, and it has changed size many times.”

The impetus for the Supreme Court packing idea came in the wake of the death of liberal champion Ruth Bader Ginsburg, who died unexpectedly near the end of Donald Trump’s presidential term. When then-president Trump selected Amy Coney Barrett to be Ginsburg’s replacement, the left launched into hysterics, decrying a threat to “abortion rights” and other cherished left-wing causes.

Packing the Supreme Court has remained a Rubicon in American politics that hasn’t been crossed since FDR attempted, and failed, to do it in the 1930s. It remains highly unpopular to this day, according to a poll from October:

Among likely voters, 58% said Democrats should not look to increase the size of the Supreme Court, according to the results of a poll conducted from Oct.15-18 by the New York Times and Siena College. Just 31% said they were in favor of court-packing, while 11% of responders were undecided.

Another poll from October, this time from YouGov, demonstrates that it was a polarizing issue even among Democrats, whom would purportedly gain from the court-packing measure. 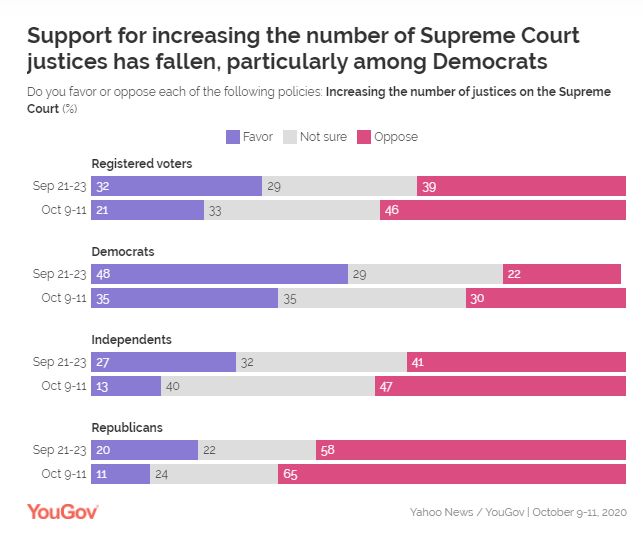 Even in polls after the passing of Justice Ginsburg, while many advocated waiting to fill her seat until after the election, they still mostly opposed court-packing.

So much for the Biden administration’s talk of “unity.”