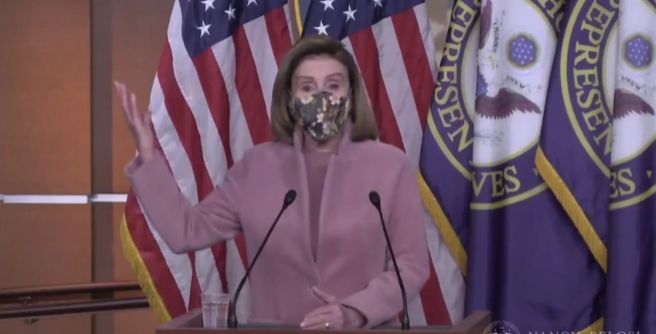 President Biden’s administration is barely a day old and his Inauguration Day message of unity is already being undermined by his own party.

Speaker Nancy Pelosi appears determined to get vengeance on the Democratic Party’s long list of enemies, starting first and foremost with Donald Trump.

“The president of the United States committed an act of incitement of insurrection,” Pelosi claimed. “I don’t think it’s very unifying to say, ‘Oh, let’s just forget it and move on.'”

“Thank God,” she added in reaction to the point Donald Trump is no longer in office.

The Democratic Party appears to be obsessed with getting an impeachment conviction of Donald Trump with the sole aim of preventing him from running for the presidency again in 2024.

“We know that the President of the United States incited this insurrection, this armed rebellion against our common country,” Speaker Pelosi earlier claimed. “He must go, he is a clear and present danger to the nation that we all love.”

Speaker Pelosi claimed that those who breached the Capitol were “sent here, sent here by the President with words such as a cry — to fight like hell.”

Such political verbiage is nearly ubiquitous. It the kind of phrasing that Trump has used at dozens of rallies with zero outbreaks of violence. It is also language that Pelosi and Democrats have used countless times themselves.

Pelosi also continued to press her baseless claim that Congressional members actually aided the pre-planned breach of the Capitol building.

Speaker Pelosi: “There will be prosecutions" if members of Congress "aided and abetted an insurrection in which people died.” pic.twitter.com/PCJy5HwX4t

Politicians simply cannot make such outrageous accusations without hard evidence. That is, unless their goal isn’t “unity,” but quite the opposite — more division.