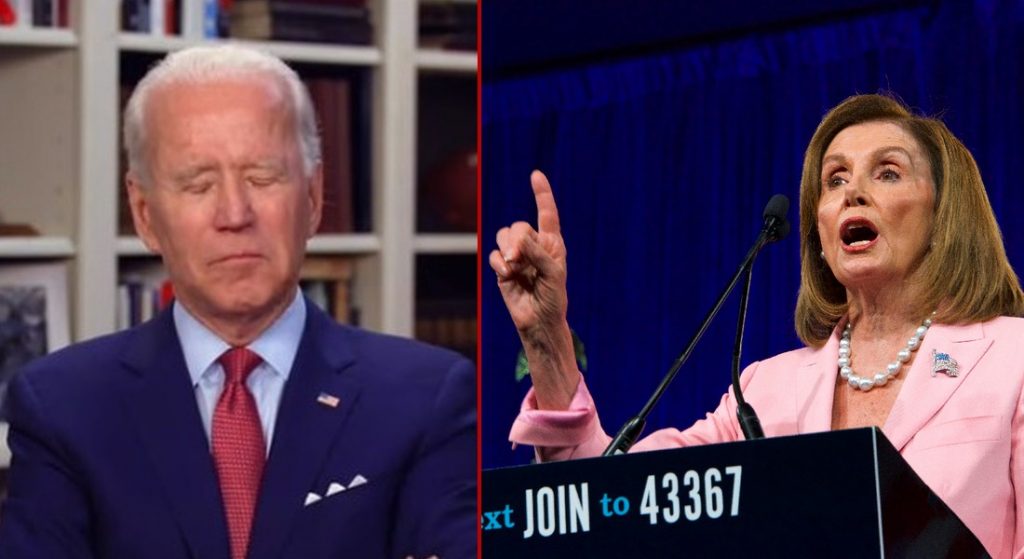 Speaker Nancy Pelosi is actually reminding “President” Biden what his job is. On Tuesday, Pelosi sent a reminder to Biden to address the nation at a joint session of Congress.

“Nearly 100 days ago, when you took the oath of office, you pledged in a spirit of great hope that ‘Help Is On The Way,'” she wrote. “Now, because of your historic and transformative leadership, Help Is Here!”

“In that spirit, I am writing to invite you to address a Joint Session of Congress on Wednesday, April 28, to share your vision for addressing the challenges and opportunities of this historic moment,” Pelosi wrote.

The annual address to Congress by a president has been informally called the “State of the Union Address” since 1942. In 1947, it began to be formally called the State of the Union Address, as the official House of Representatives website points out. The language is taken from Article II, Section 3, Clause 1 of the U.S. Constitution, which states, The President “shall from time to time give to the Congress Information of the State of the Union, and recommend to their Consideration such measures as he shall judge necessary and expedient.”

The first addresses to a Joint Session of Congress by presidential term since 1981:

Biden readily accepted Speaker Pelosi’s invitation to address the nation, which would come 99 days. The first 100 days of an administration is generally referred to as a “honeymoon period.”

“The President has accepted the invitation of the Speaker of the House to address a Joint Session of Congress on April 28, the night before his 100th day in office,” a White House official said Tuesday evening.

In February, the Biden administration canceled a planned Joint Session of Congress due to unspecificed “intelligence that some militia groups that attacked the Capitol on Jan. 6 have threatened to ‘blow up’ the complex when President Biden delivers a joint address to Congress,” the Hill reported. No such attacks, fortunately, ever materialized.

President Joe Biden gave his first press briefing in over two months in office on March 25. Biden called on reporters that were put onto a list for him, read scripted answers from handheld notes, and the press conference was widely panned.

Donald Trump reacted to what he saw from his presidential successor Joe Biden in an interview with Laura Ingraham.

“Nobody’s seen anything like it,” Trump said. “You know it. You know it better than anybody. You cover it so well. It’s very sad to watch, actually.”

Biden’s address to Congress in two weeks is sure to be every bit as interesting, as well as the reaction of former President Donald Trump.