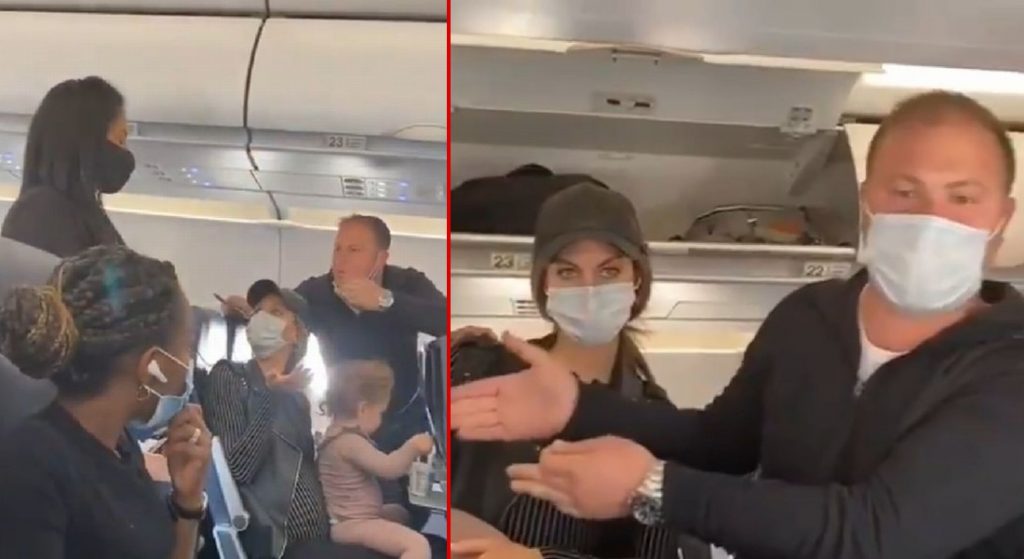 Spirit Airlines has done it again. The airline seems to be on a mission to become the aviation face of the mask police by throwing off passengers with small children who can’t wear masks.

On Monday, a news report broke that a couple on a flight from Orlando to New York got embroiled in a controversy with a single flight attendant who decided that it was not okay for their two-year-old to eat without a mask on. Watch:

The couple explained that they believed there was one flight attendant who was planning to make a scene before they even boarded the plane.

An update on the incident suggests that the plane made a crew change and the family was let back on.

ORLANDO: UPDATE: @SpiritAirlines flight attendant who ordered the family off the flight was removed, family allowed back on. Passengers are reboarding with a new flight crew. pic.twitter.com/u5yEA9McZZ

The report, far from the first about Spirit Airlines’ questionable customer relations, was reported in the Yeshiva World. The article claims that this was an Orthodox Jewish couple with a two-year-old who the father described as having “special needs.” The mother is reported to be about seven months pregnant.

A request for comment from Spirit Airlines was not returned at the time of publication. An update from the couple themselves confirms they were let back onto the plane.

In November, Spirit Airlines threw off parents with a four-year-old autistic child, deplaned all the passengers, and had the police called on the parents. The mother, Zana Shelton, described the incident to Fox 32.

“According to Shelton, prior to taking off for their flight to Chicago, she was told by a flight attendant that if her son doesn’t wear a mask he is not permitted to board the flight,” the local outlet reported.

“On the way back, she stopped us,” Shelton said. “She said if he doesn’t wear a mask he can’t get on the plane. I’m like, well, he’s autistic and we didn’t have this problem coming up here.”

Shelton told the news outlet that “she was able to get her son to put his mask on right before takeoff, but as soon as he sat in the seat, he took it right back off.”

“Everybody had to deplane and then the police were called and they put in a police report on him,” Shelton added. Spirit Airlines ‘graciously’ returned the cost of the flight.

In July, an adult who chose not to wear a mask was removed by force by a police officer. The man said he was going to see his father, who had a stroke.

Breaking from a friend: on a @SpiritAirlines flight @LGAairport to @FLLFlyer #fortladerdale this man refuses to wear a Face Covering – man being #arrested for unruly behavior (Video: copyright) #WearAMask pic.twitter.com/eJQo1toQXW

“The whole plane is a witness, I didn’t do anything,” the unidentified man tells the Port Authority officer. “Tell me why I’m not flying.”

As Fox 13 reported about the incident involcving the passenger, who was flying from La Guardia airport in New York to Fort Lauderdale, a person in the background can be heard “supporting the passenger saying things like ‘that’s racist’ and ‘they take their mask off to drink’.”

The mask incidents bring up one of the most contradictory rules about businesses enforcement of mask usage. While people can take them off to eat and drink in restaurants, as well as passengers on planes, if you take them off to sit in class or to relax on the plane it is suddenly an ‘unacceptable risk.’

The reality is that there is no strong evidence to suggest that masks worn by the general public work to significantly prevent the spread of COVID. Over 85% of people with COVID report they “always” or “often” wear masks, according to the CDC.

At some point, the mask hysteria is going to have to give way to the actual scientific facts.