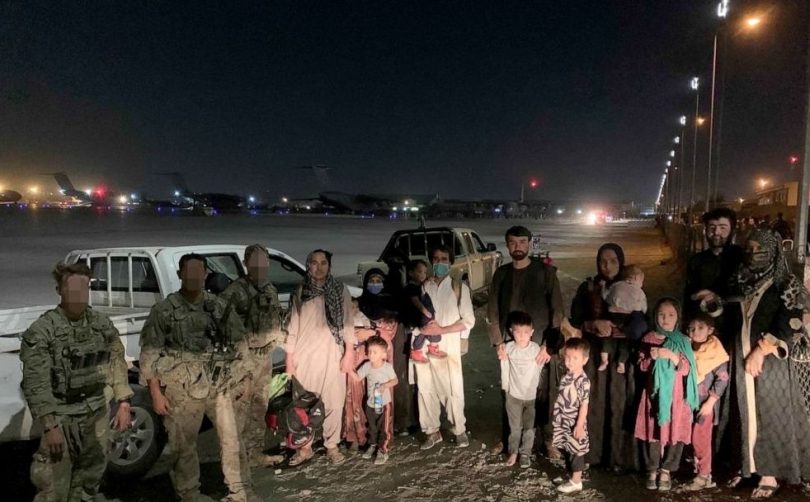 Update: “The Federal Aviation Administration said on Monday that the airport was now without air-traffic control and civilian aircraft were barred from landing in Afghanistan without prior approval,” the Wall Street Journal reported.

The Biden administration has issued orders that will make the unauthorized rescue and extraction missions to get Americans and Afghan allies out of country significantly more difficult.

Amid widespread reports of rescue efforts from groups like Task Force Pineapple, Task Force Dunkirk, and Team America, the U.S. State Department has issued an advisery to nations surrounding Afghanistan to deny support to aircraft conducting such operations in Afghanistan.

Military-connected sources tell Becker News the rationale behind denying private flights to be refueled in the region is that air space is being cleared for further evacuations. But the order also conflicts with reports that evacuations have temporarily halted for Americans wanting to leave Kabul airport.

“1/2 My US citizen grandparents with valid passports turned away at HKIA Abbey gate because they were not on a ‘list?”’Ataullah Khan tweeted. “Are we truly evacuating all US citizens?”

“They’re told that all flights are cancelled until Monday,” Khan added. “We do not know if they will make it at this point.” The Aug. 31 deadline is on Tuesday.

A current snapshot of air traffic currently over Afghanistan shows no flights, and limited traffic in the surrounding region. However, there are still eight flights scheduled from Kabul International Airport for Sunday. 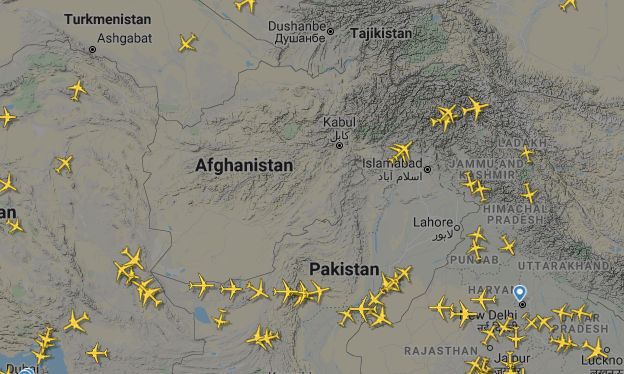 Khan is referring to a list of names of American citizens and Afghan allies that the U.S. has provided to the Taliban. The alarming move was reported on Thursday by Politico.

The temporary halting of flights comes amid a new State Department warning for Americans to stay away from Kabul airport, as a new terror attack is impending.

“America, you need to know this: Biden is not letting US citizens through the airport gates,” Crenshaw said on Twitter. “It has been impossible to get anyone through for the last 24 hours. This administration has been lying about their intent to save Americans. Unforgivable.”

Conservative radio host Glenn Beck’s efforts have aided thousands in escaping the country. He has helped to raise more than $28 million to evacuate Christians from Afghanistan.

“Since Monday, thousands of Afghan Christians have left Afghanistan with the help of nongovernmental organizations, including The Nazarene Fund, which is led by Operation Underground Railroad’s Tim Ballard and conservative radio personality Glenn Beck, among others,” Deseret reported.

A NATO statement released by a New York Times editor said that the group has also ceased evacuations from Kabul airport.

NATO statement:
We regret to inform you that international military evacuations from Kabul airport have ended and we are no longer able to call anyone forward for evacuation flights. We will keep lists of all of you who have registered ….

“Due to the State Department blocking us seemingly every step of the way, I will only tell you where (we’re headed) after the refugees are on the ground,” Beck said on Thursday.

On Saturday, Glenn Beck put out the warning on Instagram that Kabul airport was in the process of being shut down.

“The Kabul airport is finished. No more humanitarian flights. Turn off your phone and find safe shelter. The Nazarene Fund will not be issuing any more updates as we and others go dark. We will not forget you. Stay alive and trust in God and miracles. You will see them. Until then TNF reminds you ‘look up’. He sees you and will never leave your side,” Beck wrote on Instagram.

Other private teams have evacuated hundreds of people seeking to leave Afghanistan. One group, nicknamed the “Pineapple Express,” claims to have evacuated 630 people by Friday.

“With the Taliban growing more violent and adding checkpoints near Kabul’s airport, an all-volunteer group of American veterans of the Afghan war launched a final daring mission on Wednesday night dubbed the ‘Pineapple Express’ to shepherd hundreds of at-risk Afghan elite forces and their families to safety,” members of the group told ABC News.

“Dozens of high-risk individuals, families with small children, orphans, and pregnant women, were secretly moved through the streets of Kabul throughout the night and up to just seconds before ISIS detonated a bomb into the huddled mass of Afghans seeking safety and freedom,” Lieutenant Colonel Scott Mann, a retired Green Beret commander who led the private rescue effort, told ABC News.

“This Herculean effort couldn’t have been done without the unofficial heroes inside the airfield who defied their orders to not help beyond the airport perimeter, by wading into sewage canals and pulling in these targeted people who were flashing pineapples on their phones,” Mann said.

Task Force Pineapple isn’t the only such group conducting such operations in Afghanistan. The Drive also reports on another operation inspired by the World War II operation at Dunkirk.

“However, informal groups and other kinds of networks that have sprung up have also become a critical means of getting individuals to safety,”the publication reported. “Task Force Pineapple is one of these entities, but there are known to be others, including one named Task Force Dunkirk, a reference to the legendary evacuation of the remnants of the British Expeditionary Force from France in 1940 during World War II. Individuals and groups outside of Afghanistan, using various online tools, have also been helping to coordinate these kinds of evacuations as part of what some have dubbed a ‘Digital Dunkirk’.”

There is another group in the region, Team America. One American contractor, Lisette Bonano, received help from the ad-hoc group of service members and veterans.  The group also helped an Afgan ally referred to as ‘Tawfiq,’ according to reporting by the Military Times.

“Team America help me a lot to get there. They coordinate with US forces at the airport and direct through a safe route where there was no Taliban,” he said.

The Pentagon infamously refused to deploy an estimated 4,500 troops into Afghanistan to assist Americans seeking to escape the Taliban, as well as a resurgent ISIS. Due to the actions of the Biden administration, the mission of humanitarian groups just got exceedingly more difficult.