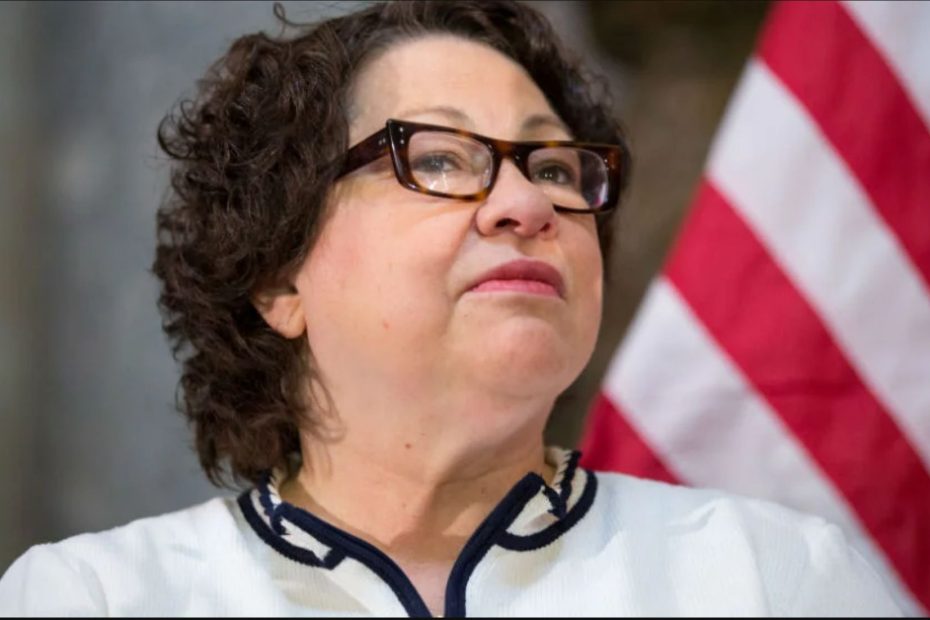 The ‘Wise Latina’ Sonia Sotomayor has abandoned her duty as a Supreme Court Justice of the United States to defend American citizens’ basic human rights under U.S. law and international law.

“Justice Sonia Sotomayor, an Obama appointee, turned down a request from New York Police Department detective Anthony Marciano, who had asked her to reinstate a temporary restraining order against the city with regards to its mandate for city workers,” the Epoch Times reported.

“The order was issued by a New York judge in late 2021 but dissolved by a federal court, which later threw out Marciano’s complaint,” the report continued. “An appeals court rejected a request for a stay pending appeal, leading to the request to Sotomayor.”

“In a brief, Marciano through a lawyer said that the mandate is violating his due process rights and causing him irreparable harm,” the report added. “He also said the mandate violates state and federal law.”

“A majority of this Court would likely agree the Mayor of the City of New York has no executive authority that permits him to mandate an EUA Covid 19 vaccination, that is prohibited under existing NYS and federal laws from being imposed on any adult in NYC, employee or otherwise,” the brief notes. “Nonetheless, the challenged adult-vaccination-mandate requires all NYC municipal workers receive an EUA Covid 19 vaccination, with or without requisite informed consent, and\or with or without a Judicial Order of Quarantine PHL §2120 (3), required by state and federal law, or be fired.”

Justice Sotomayor, who is in charge of appeals to the Supreme Court from the U.S. Court of Appeals 2nd Circuit, did not explain her rationale for declining the appeal.

The New York City’s vaccine mandate has always conflicted with established U.S. law over informed consent and bodily integrity. The vaccine mandate is also scientifically obsolete due to two undeniable facts: The Covid-19 vaccines do not prevent transmission or breakthrough infections; furthermore, seroprevalence data from the NIH and CDC show that 99% of Americans have ‘natural immunity’ antibodies due to prior infection with Covid-19 that is more durable, transferrable, and longer lasting than vaccinated immunity.

The ‘Wise Latina’ Sotomayor, who was silent on the NYC vaccine mandates case, nonetheless had plenty to say in a fiery joint dissent to the Dobbs abortion case.

Consider first, then, the line of this Court’s cases protecting “bodily integrity.” Casey, 505 U. S., at 849. “No right,” in this Court’s time-honored view, “is held more sacred, or is more carefully guarded,” than “the right of every individual to the possession and control of his own person.” Union Pacific R. Co. v. Botsford, 141 U. S. 250, 251 (1891); see Cruzan v. Director, Mo. Dept. of Health, 497 U. S. 261, 269 (1990) (Every adult “has a right to determine what shall be done with his own body”). Or to put it more simply: Everyone, including women, owns their own bodies. So the Court has restricted the power of government to interfere with a person’s medical decisions or compel her to undergo medical procedures or treatments.

“No right is held more sacred, or is more carefully guarded,” than “the right of every individual to the possession and control of his own person.”

This basic principle of human rights makes fine fodder when it comes to specious tirades on the purported ‘right to choose’ to kill an unborn child, but when it comes to defending an American citizen’s right to choose what goes into his or her body — the “liberal” justice apparently finds it lacking in appeal.