Supreme Court Will Strike Down Roe v. Wade, According to Draft Majority Opinion

The U.S. Supreme Court will strike down the landmark ruling in abortion case Roe v. Wade, according to a draft majority opinion written by Justice Sam Alito.

“The Supreme Court has voted to strike down the landmark Roe v. Wade decision, according to an initial draft majority opinion written by Justice Samuel Alito circulated inside the court and obtained by POLITICO.”

“The draft opinion is a full-throated, unflinching repudiation of the 1973 decision which guaranteed federal constitutional protections of abortion rights and a subsequent 1992 decision – Planned Parenthood v. Casey – that largely maintained the right,” Politico reported.

“Roe was egregiously wrong from the start,” Alito writes. The entire draft opinion can be read below:

“We therefore hold the Constitution does not confer a right to abortion. Roe and Casey must be overruled, and the authority to regulate abortion must be returned to the people and their elected representatives,” Alito writes in the document, labeled as the ‘Opinion of the Court.’

The document leak appears to be an attempt to pressure the court. But knowing the justices behind the forthcoming majority opinion, it is highly unlikely that they back down.

“No draft decision in the modern history of the court has been disclosed publicly while a case was still pending,” Politico notes. The unprecedented revelation is bound to intensify the debate over what was already the most controversial case on the docket this term.” 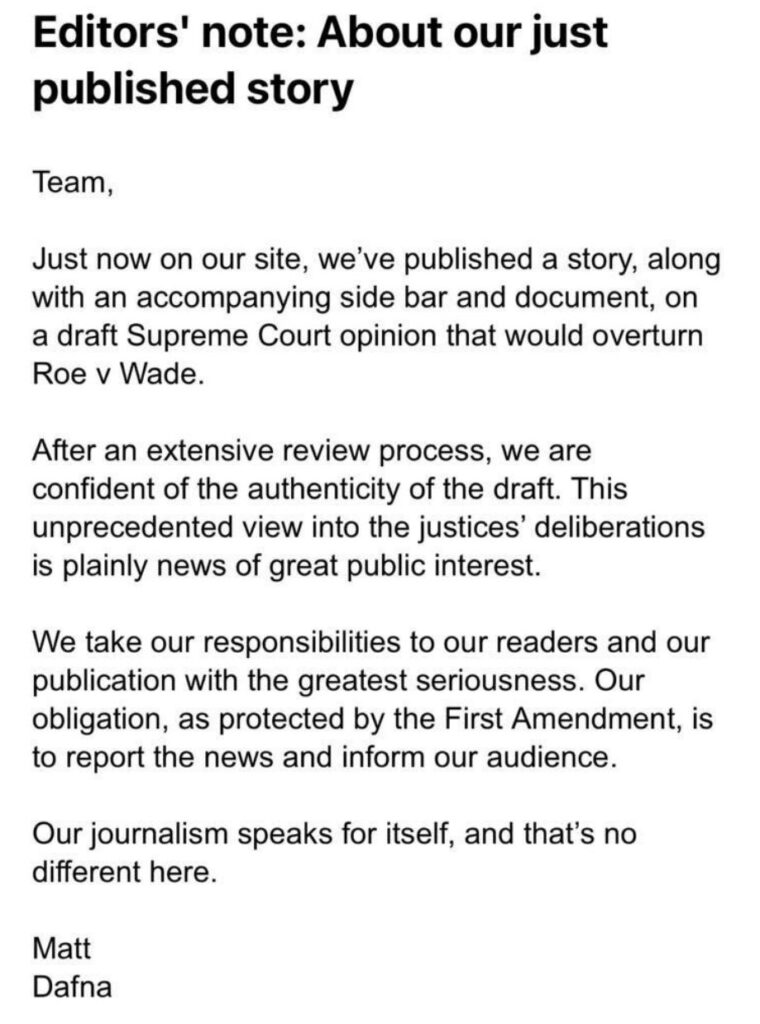 “This is breaking news. More information will be reported as forthcoming.