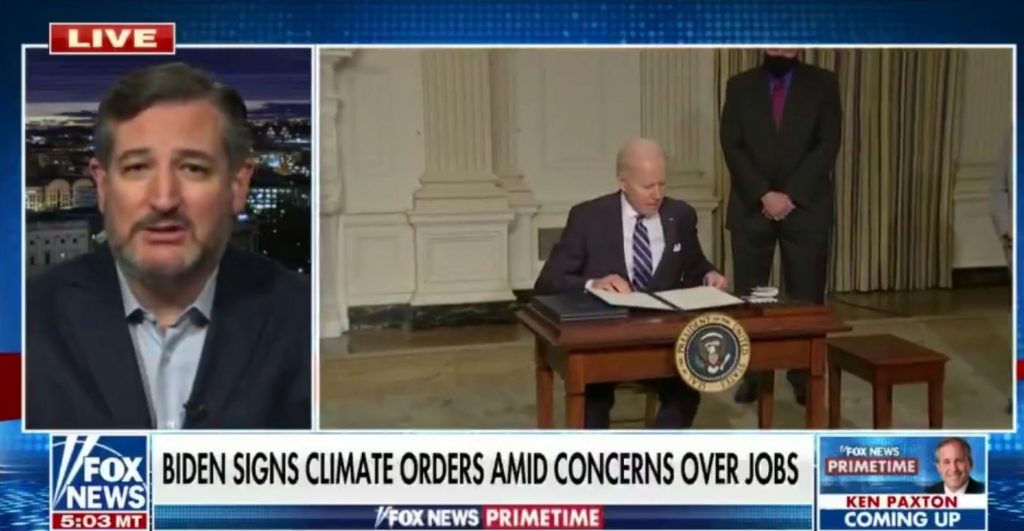 Senator Ted Cruz highlighted a major issue with the Biden administration right off the bat: It’s not only destroying jobs at a rapid clip, it is sending a message to American workers that they need to make “better choices” if they want to avoid their jobs getting the axe.

Climate Envoy John Kerry reacted to a question at a press conference about the message the Biden administration is sending to those workers who are losing their jobs due to the cancellation of the Keystone XL pipeline and rejoining the Paris Climate Agreement.

“What President Biden wants to do is make sure those folks have better choices, that they have alternatives,” Kerry replied. “They can be the people who go to work to build the solar panels, making them here at home.”

Rich, out-of-touch Dems lecture the thousands of blue-collar union members whose jobs are being deliberately destroyed by the Biden admin:

While you’re at it, don’t forget “Let them eat cake!” https://t.co/NgSBxew5n3

“Rich, out-of-touch Dems lecture the thousands of blue-collar union members whose jobs are being deliberately destroyed by the Biden admin: Make ‘better choices.’ While you’re at it, don’t forget ‘Let them eat cake!'” Cruz tweeted in response.

Senator Cruz appeared on Fox News with Maria Bartiromo and he had a scathing message for a Biden administration that had promised “unity” at the Inauguration.

“As you noted, he signed an order cancelling the Keystone pipeline,” he said. “Eleven thousand jobs with a stroke of a pen he made go away,” Cruz continued with a snap of his fingers.

“Eight thousand of those are union jobs. And at the same time he rejoined the Paris Climate Deal, which threatens to destroy thousands of high-paying jobs across this country,” he went on, “And the answer, I’ve asked multiple Biden nominees what they would say to the union workers who just lost their jobs because Joe Biden decided they didn’t deserve a job, and nominee after nominee after nominee has said, ‘well, tough luck.'”

“You know, John Kerry in that same news conference you put up,” Cruz continued, “He said, ‘well, they need to learn to make better choices.’ What an arrogant, out-of-touch statement.”

Americans can look forward to hearing a lot more of that over the next four years, courtesy of the empowered bureaucratic elites of the Biden administration.