“Home,” Nehls replied. “Fair enough. Fair enough. Well, just a few weeks ago, this is how president Biden described America. In one word, could you please tell me what that word means? It’s this one right here.”

“Mm-hmm… could you even say the word?”

“<inaudible> I’m not in the habit of trying to read transcriptions,” Buttigieg claimed.

“I’m going to repeat what your quote is. ‘If our presidency is not in good shape, then our country is not in good shape.’ Inflation’s at 9.1% gas prices are through the roof. Our adversaries are exploited in our weaknesses across the globe. And our Southern border is nonexistent,” Nehls added.

“This administration puts the American people last,” he went on. “The left and the dishonest media — which in my humble opinion is the greatest threat to this country — the dishonest media began questioning President Trump’s mental state back in February of 2017, a month into his presidency.”

“We now have President Biden in office for 18 monthss,” he added. “And just recently, we now see the mainstream media questioning President Biden’s mental state, and for good reason. Sadly, he shakes hands with ghosts and imaginary people. He falls off bicycles. Even at the White House, Easter celebration, the Easter bunny had to guide him back into his safe place.” 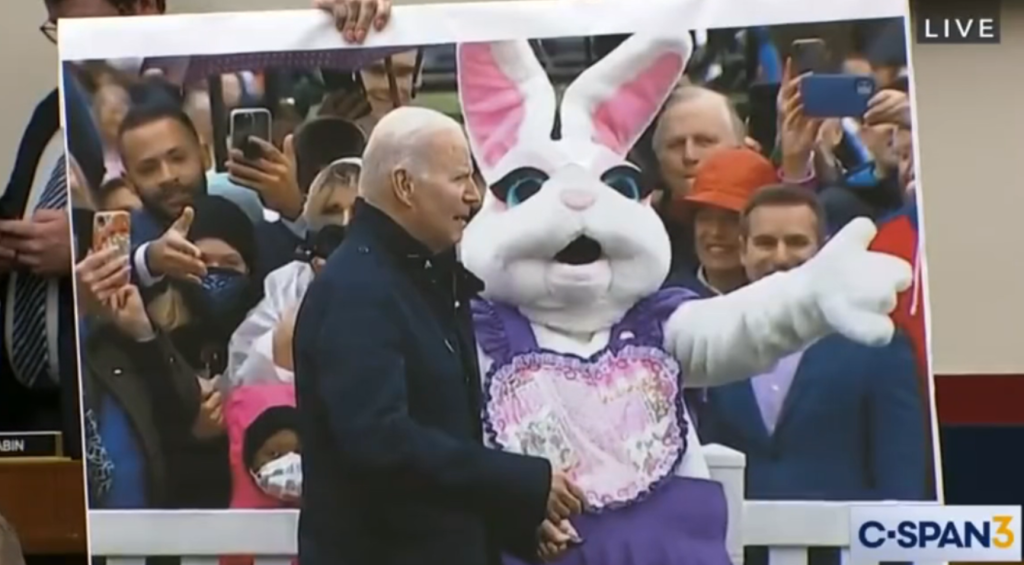 “Cue cards that say ‘sit here’ or ‘end of speech,’ which he actually states… sir, have you spoken with any other cabinet members about implementing the 25th amendment on President Biden?” Nehls asked.

“First of all, I’m glad to have a president who can ride a bicycle,” Buttigieg replied.

“I will look beyond the, the insulting nature of that question and make clear to you that the president…” Buttigieg began.

“Spoken to any other cabinet members about implementing the 25th amendment on President Biden?” Nehls said.

“Of course not,” Buttigieg objected.

The Secretary of Transportation then claimed that Biden was one of the most ‘vigorous’ people he has ever worked with, which says a lot about life as a public bureaucrat.

Buttigieg would later in testimony prove just how out-of-touch he is as the Secretary of Transportation, claiming that the sky high gas prices are actually a good thing because it will pressure more people to buy electric cars (as if they don’t run on an electric grid powered in part by so-called ‘fossil fuels’):

“The more pain we are all experiencing from the high price of gas, the more benefit there is for those who can access electric vehicles” pic.twitter.com/xs20mlSIIv

Buttigieg would later double down on the point on CNBC to make it clear the ‘pain’ is intentional:

Pete Buttigieg says he's "astonished" that "some folks seem to really struggle to let go" of their gas-powered vehicles in favor of electric vehicles pic.twitter.com/BPKzV9v3eP

So, perhaps Pete Buttigieg is not a good judge of whether or not President Biden is fit for office, given that he is clearly incompetent himself.

But if Nehls’ testimony wasn’t evidence enough, here are 100 more seconds from RNC Research on Biden completely ‘blanking out.’