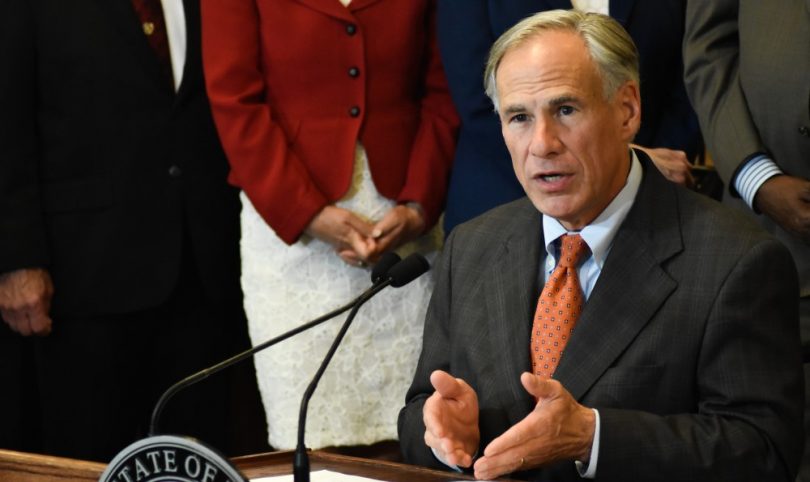 Texas Governor Greg Abbott is calling out one of many Democrats who used racial slurs against Sen. Tim Scott following his response to Biden’s Joint Address to Congress.

The Democratic official happens to be a Texas Democratic Party leader who called Scott a despicable racial slur.

This is disgusting, hateful, and completely unacceptable.

“This is disgusting, hateful, and completely unacceptable. O’Connor must apologize to @SenatorTimScott & step down immediately,” Abbott tweeted. “@texasdemocrats censure him.”

Lamar County Democratic Party chair Gary O’Connor wrote in a now-deleted Facebook post that “Scott might show some common sense, but it seems clear he is little more than an oreo with no real principles.”

The slur is not only reprehensible, it is also objectively incorrect. Scott laid out an articulate, persuasive counter-narrative to the Democrats’ argument that America is a “racist” nation. He also attacked the Democrats’ criticism of Georgia’s new election laws.

“The state of Georgia passed a law that expands early voting; preserves no-excuse mail-in voting, and, despite what the president claimed, did not reduce Election Day hours,” Scott said.

“If you actually read this law, it’s mainstream,” he continued. “It will be easier to vote early in Georgia than in Democrat-run New York. But the left doesn’t want you to know that. They want people virtue-signaling by yelling about a law they haven’t even read. Fact checkers have called out the White House for misstatements. The president absurdly claims this is worse than Jim Crow. What is going on here?”

“I’ll tell you. A Washington power grab,” he added. “This misplaced outrage is supposed to justify Democrats’ new sweeping bill that would take over elections for all 50 states. It would send public funds to political campaigns you disagree with and make the bipartisan Federal Election Commission partisan.”

“This is not about civil rights or our racial past,” he added. “It’s about rigging elections in the future. And, no, the same filibuster that President Obama and President Biden praised when they were senators, the same filibuster that the Democrats used to kill my police reform bill last year, has not suddenly become a racist relic just because the shoe is on the other foot.”

It was enough to trigger an avalanche of racially charged Democratic hatred of Tim Scott, including epithets that he was an “Uncle Tom” and even a Twitter topic “Uncle Tim” that trended overnight. It is all enough to lead sensible political observers to this conclusion: The Democratic Party is demonstrably more ‘racist’ than the Republican Party.