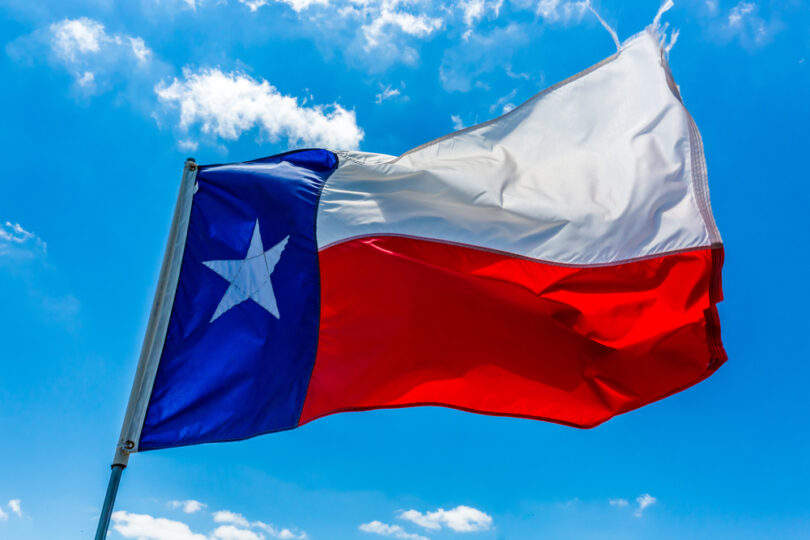 Texas Governor Greg Abbott on Monday issued an executive order forbidding the imposition and enforcement of any vaccine mandate in the State of Texas, including those issued by private employers or by public agencies.

“No entity in Texas can compel receipt of a COVID-19 vaccine by any individual, including an employee or a consumer, who objects to such vaccination for any reason of personal conscience, based on a religious belief, or for medical reasons, including prior recovery from COVID-19,” the executive order states. “I hereby suspend all relevant statutes to the extent necessary to enforce this prohibition.”

“The maximum fine allowed under Section 4 1 8. 173 of the Texas Government Code and the State’ s emergency management plan shall apply to any ‘failure to comply with’ this executive order,’ Abbott continued. “Confinement in jail is not an available penalty for violating this executive order.:

“This executive order shall supersede any conflicting order issued by local officials in response to the COVID-19 disaster,” the executive order added. “Pursuant to Section 418.016(a) of the Texas Government Code, I hereby suspend Sections 418.1015(b) and 418.108 of the Texas Government Code, Chapter 8 1 , Subchapter E of the Texas Health and Safety Code, and any other relevant statutes, to the extent necessary to ensure that local officials do not impose restrictions in response to the COVID-19 disaster that are inconsistent with this executive order.”

“The COVID-19 vaccine is safe, effective, and our best defense against the virus, but should remain voluntary and never forced,” Abbott also said in a statement.

“Abbott also called on the Legislature to pass a law with the same effect,” the Texas Tribune noted. “The Legislature is in its third special legislative session, which ends Oct. 19.”

“Too many Texans have been sidelined from employment opportunities. Too many small business owners have struggled to pay their bills. This must end. It is now time to open Texas 100%,” Abbott said in March as he lifted the state’s mask mandate.

Texas’s cases, hospitalizations and deaths spiked and then dramatically receded without either a high fully vaccinated rate, mask mandates, or lockdowns. 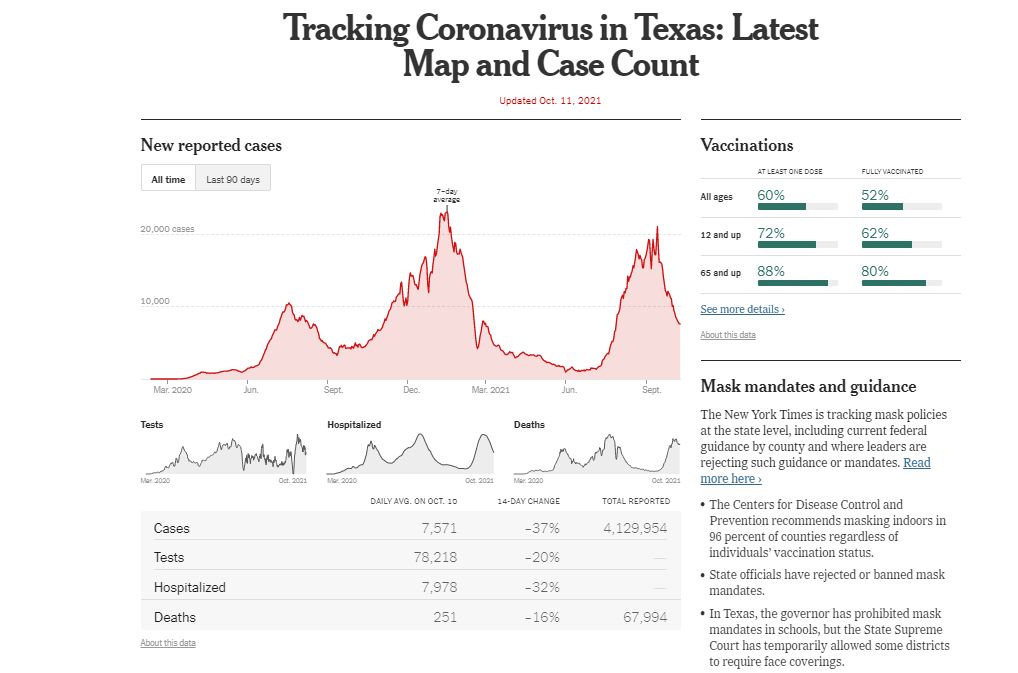 As reported earlier, over a month ago the Biden administration announced a federal vaccine mandate that would impact an estimated 100 million Americans. The White House’s press release  led to pre-emptive mass firings of public servants, teachers, and medical workers. However, the federal regulation still has not been formally issued.

“According to several sources, so far it appears no such mandate has been sent to the White House’s Office of Information and Regulatory Affairs yet for approval. The White House, the Occupational Safety and Health Administration (OSHA), and the Department of Labor haven’t released any official guidance for the alleged mandate,’ The Federalist recently noted. “There is no executive order. There’s nothing but press statements.”

“We, the Attorneys General of 24 states, write in opposition to your attempt to mandate the vaccination of private citizens,” the AGs’ letter reads. “On September 9, you announced that you would be ordering the Department of Labor to issue an emergency temporary standard, under the Occupational Safety and Health (OSH) Act , which would mandate that private sector employers require most of their employees to either get a COVID-19 shot, submit to weekly testing, or be fired. Your plan is disastrous and counterproductive. From a policy perspective, this edict is unlikely to win hearts and minds-it will simply drive further skepticism. And at least some Americans will simply leave the job market instead of complying. Your edict is also illegal,” the letter adds.

Montana appears to be the only other state that has banned all vaccine mandates. 21 states have banned vaccine passports, while California and New York have actually implemented them in certain areas.

The State of Texas is calling the Biden administration’s bluff on its federal vaccine mandate. The only way for the White House to attempt to enforce its illegal mandate is to actually issue it. Once that happens, it is likely to get struck down in federal court.