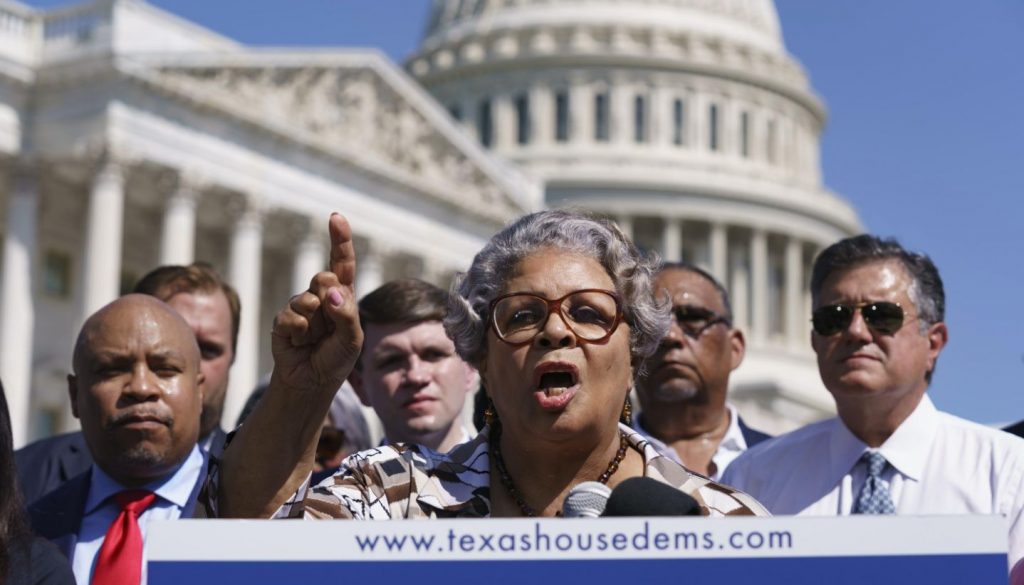 The Texas Supreme Court handed Governor Greg Abbott a political victory on Monday, as his veto of provisions to fund the state legislature — including the salaries and benefits of 2,100 employees — held up in court.

The Texas Democrats had requested that the court overturn the governor’s veto of legislative funding in the forthcoming two-year state budget. The Texas Tribune provided background on the legal standoff.

“Abbott vetoed the funding in June after House Democrats walked out during the final days of the regular legislative session in May, killing two of his priority bills on elections and changing the state’s bail system,” the Tribune reported. “Abbott then brought the Legislature back for a special session to get the bills passed, but more than 50 House Democrats again broke quorum — denying the lower chamber of the number of present members needed to move bills — by decamping to Washington, D.C., until the 30-day session ended Friday.”

“Democrats challenged Abbott’s veto in court, saying it stripped their power as a ‘co-equal branch of government’,” the report added. “But the Texas Supreme Court on Monday sided with Abbott on his veto that will effectively defund the Texas Legislature, its staffers and legislative agencies later this year.”

The legal victory follows the bizarre intervention of a judge to shield Texas Democrats from the law under the state’s constitution. The judge granted a restraining order for Democrats who fled to Washington D.C. in order to avoid voting on election integrity bills.  The restraining order means they can return to the state without fear they will be arrested and dragged to the legislature to do their democratic duty.

“The restraining order prevents the lawmakers from being arrested, detained or confined in any way for two weeks,” National Review reported. “The Democrats will now be able to continue to obstruct the legislation until at least August 20th, when Republicans will have an opportunity to challenge the order in a scheduled hearing.”

Things are heating up in the State of Texas. The state’s courts have shown they are capable of following the rule of law and not the whims of lawless Democrats. Now, it’s just a matter of upholding Texas justice.