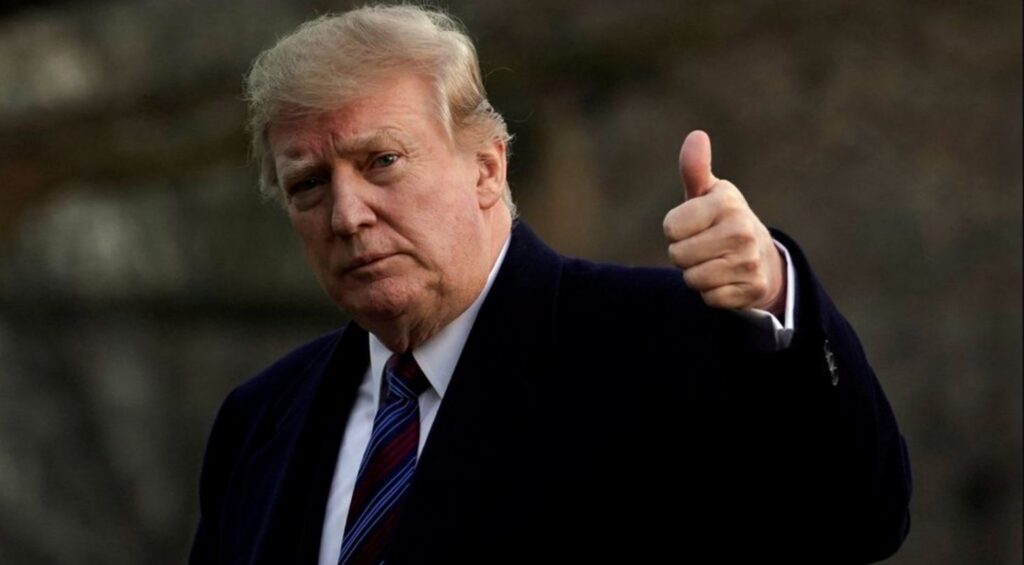 The U.S. political leader with the highest favorability ratings in America, according to the Real Clear Politics average of polls is former President Donald Trump.

The current president, Joe Biden, however, is underwater by double digits: -12.2 percent.

His running mate in 2020 and current vice president, Kamala Harris, is trending even more poorly. She is now at -15.5 percent.

Donald Trump, however, has the least negative approval of any political leader listed by Real Clear Politics: -8.6 percent.

Despite relentless attacks from a mainstream media that gave him 96 percent negative coverage, two impeachment trials that ended in exoneration, and a baseless, politically motivated ‘Russia collusion’ witch hunt that undermined his presidency, but turned up empty-handed, Donald Trump is remembered fondly by many conservatives and independents due to his competent administration, absence of foreign wars, and predominately strong economic performance in the absence of the Covid pandemic.

President Biden, on the other hand, is being hammered in the polls due to his inability to solve the Covid pandemic as promised, handle the surging border crisis, foreign policy weakness that has spurred a resurgent Russia and China, unleash the energy sector to lower the skyrocketing gas prices, nor get a handle on the record inflation that is hamstringing so many Americans’ tightening budgets.

Donald Trump’s fiercest critics in the Congress are suffering even worse favorability numbers than the former president, according to the RCP average of polling.

Speaker Nancy Pelosi, once believed to be retiring, is down in the polls by -22 points.

House Minority Leader Kevin McCarthy is down by a relatively less margin of -16 points.

Senate Majority Leader is down by a spread of -17 points.

The U.S. news media persist in smearing the former president with unfounded accusations he stoked an “insurrection” at the Capitol building by contesting the election, which many Americans continue to justifiably believe was “rigged.” Big Tech censored the former president by banishing him from its platforms.

Imagine if the media treated Donald Trump fairly — he might be considered one of the most popular presidents in modern times.