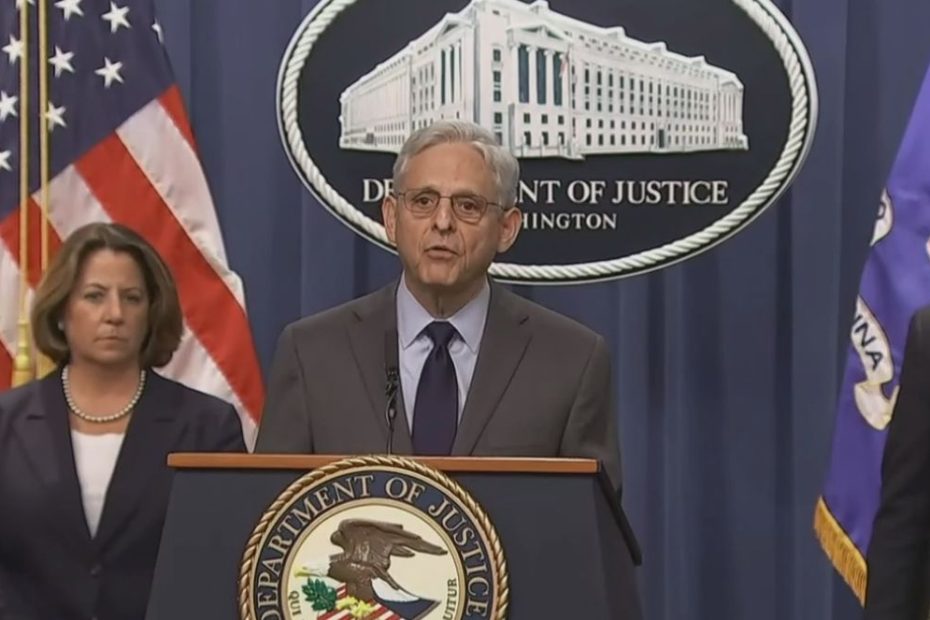 The Biden Department of Justice  on Monday announced that it is holding an urgent national security press conference to address significant ‘malign influence schemes’ ahead of the 2022 midterm elections.

This prompted many to wonder if this is a move by the Justice Department to block the Elon Musk deal to takeover Twitter on National Security grounds. The buyout has been widely expected to close by Oct. 28 — ahead of the midterm elections.

“Hopefully stopping Elon from buying twitter,” one user responded to the news.

“Here we go. DOJ trying to influence the midterms,” another added.

“Lemme guess: Russia is interfering in the mid-terms, which is of course impossible because we were guaranteed that our elections are the most secure elections in the world,” yet another remarked.

“It’s election time. It will for sure be Trump related. They’re scared as crap about the polls for this election,” one person added.

But Attorney General Merrick Garland, Deputy Attorney General Lisa Monaco and FBI Director Christopher Wray instead announced that the bureau had put a stop to Chinese intelligence operations in the United States, including one infamous illegal PRC ‘police’ operation in New York City.

“Over the past week, the Justice Department has taken several actions to disrupt criminal activity by individuals working on behalf of the government of the People’s Republic of China,” Garland announced. “As always, the defendants in these cases are presumed innocent until proven guilty in a court of law”

“Earlier today in the Eastern District of New York, a complaint was unsealed charging two PRC intelligence officers with attempting to obstruct influence and impede a criminal prosecution of a PRC based telecommunications company. The complaint alleges that in 2019, the defendants directed an employee at a US government law enforcement agency to steal confidential information about the United States’ criminal prosecution of the company. The defendants believed that they had recruited the U.S. employee as an asset, but in fact, the individual they recruited was actually a double agent working on behalf of the FBI.”

“As the complaint alleges, the defendants paid a bribe to the double agent to obtain non-public information, including files from the U.S. Attorney’s Office in the Eastern District,” Garland added. “They did so in the hope of obtaining the prosecution’s strategy memo, confidential information regarding witnesses, trial evidence, and potential new charges to be brought against the company. The double agent provided the defendants with documents that appeared to present some of the information they sought. In fact, the documents were prepared by the US government for the purpose of this investigation and did not reveal actual meetings, communications, or strategies.”

“This was an egregious attempt by PRC intelligence officers to shield a PRC based company from accountability and to undermine the integrity of our judicial system,” he continued.

“Also, earlier today in the District of New Jersey, an indictment was up sealed, charging four individuals, including three PRC intelligence officers with conspiring to act in the United States as a legal agents on behalf of a foreign government,” Garland went on. “The indictment alleges that between 2008 and 2018, the defendants used the cover of a purported Chinese Academic Institute to target co-opt and direct individuals in the United States to further the PRCS Intelligence mission. Those directors included attempts to procure technology and equipment from the United States and to have it shipped to China. They also included attempts to stop protected First Amendment activities, protests here in the United States, which would’ve been embarrassing to the Chinese government.”

As reported by USA Today, the three cases were filed in New York and New Jersey, including:

As CBS News reported, the alleged scheme, which began in 2019, was “mounted by Chinese nationals Guochun He and Zheng Wang. The pair directed the U.S. law enforcement official to steal confidential information about the criminal case against the global telecommunications company, including files from the U.S. attorney’s office in Brooklyn, in exchange for $61,000 in Bitcoin bribes, prosecutors allege.”

“The affidavit filed in support of the charges does not name the company, but references a press release issued by the Justice Department in February 2020,” the report added. “The department unveiled charges against Huawei, a China-based company that is one of the world’s largest suppliers of network equipment used by phone and internet companies, that same month. The telecom giant and its subsidiaries were accused of orchestrating what the Justice Department said was a decades-long scheme to steal trade secrets from U.S. tech companies.”

Thirteen Chinese nationals were charged by the Department of Justice in all.