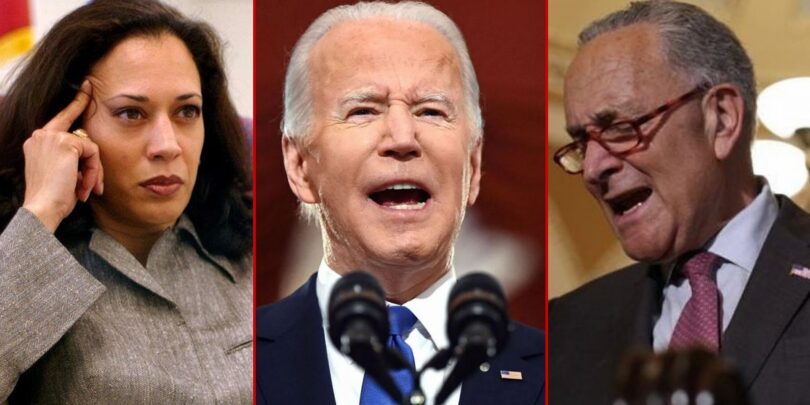 Republicans have successfully blocked the Democratic Party’s federal elections takeover bill. The infuriated Democrats promptly pivoted from the defeat to launch an attack on the Senate filibuster.

It is the fifth time in under a year that the Republican Party has delivered a blow to President Biden’s domestic agenda. Build Back Better met a similar fate as the Democrats so-called “voting rights” legislation, which would remove election integrity measures passed in numerous states after the fiercely contested 2020 elections.

The Democratic Party came well short of the votes they needed to overcome the filibuster, which is a Senate rule that requires at least 60 votes in order to invoke cloture, and thereby to advance legislation.

“How can we achieve real consensus on the issues that matter most if only some voters can be heard,” Democratic Senator Raphael Warnock said in a plea to Republicans.

The hyperbole only grew more extreme over the course of Wednesday night, as the Democrats tried to come to grips with their radical agenda failing in the Senate.

“Democrats urged passage of a bill that they said would strengthen a democracy buffeted by domestic strife and the Jan. 6, 2021, violent riot at the U.S. Capitol at the hands of thousands of supporters of then-President Donald Trump,” Reuters reported. “The rioters were trying to stop a congressional certification of Biden’s 2020 victory against Trump.”

“Underscoring deep divisions in Congress and throughout the nation, Republicans countered that Democrats had fabricated a crisis over voting rights and maintained that little or nothing needed to be done with the way states administer elections,” the report continued.

“The final tally on limiting debate on an election reform bill that Democrats say is necessary to preserve the right to vote in the United States was 49-51,” Reuters added. “No Republicans voted to advance the legislation.”

It is interesting why the bill was defeated 49-51. Senate Majority Leader Chuck Schumer actually changed his vote against it, which is a procedural trick that allows him to bring it back up for consideration.

Vice President Kamala Harris, whom Biden had put in charge of the Senate legislative effort, continued to argue that state election integrity laws are tantamount to voter suppression and racial discrimination, although there is no credible evidence that this is the case.

“History is going to record and watch certainly the votes that are taking place,” Harris said. “This is about the fundamental freedom to vote and what should be an unfettered access to the ballot.”

Every American citizen, no matter their racial background, is able to vote freely in each election. Ensuring this is the case has nothing to do with racial discrimination.

The Democratic Party is arguing for “unfettered access” to ballots after one of the most contested elections in history. The American people have decided that they would rather be able to actually trust the results.

Czech Prime Minister Ends Vaccine Mandates: ‘We Do Not Want to Deepen the Rifts in Society’