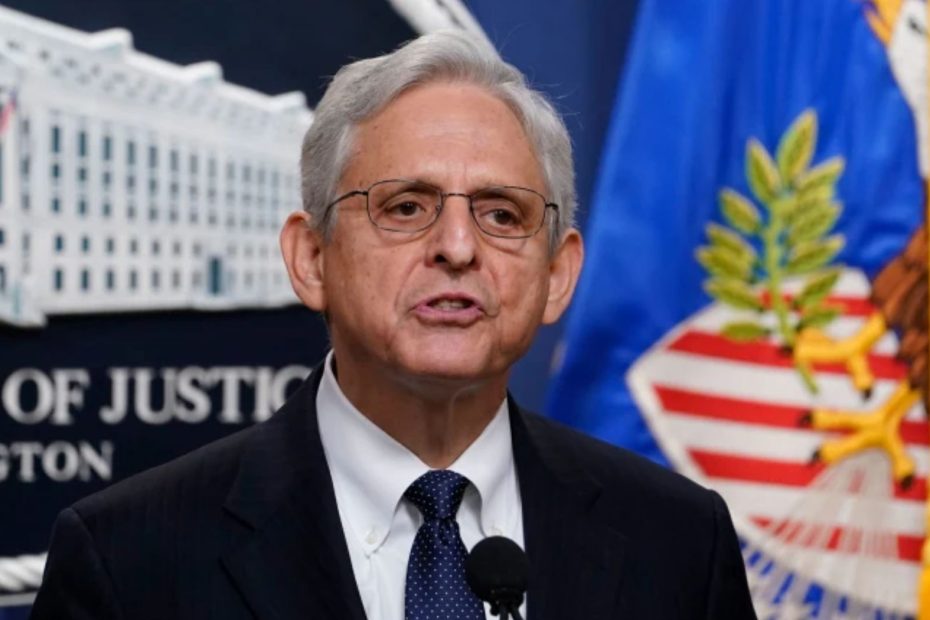 The Department of Justice is now ‘taking action’ to prevent the appearance of political bias in its law enforcement and active investigations ahead of the 2022 midterm elections, according to a new report out on Tuesday.

“The Justice Department’s political appointees will be barred from attending partisan events prior to the midterm elections, under a new policy enacted amid scrutiny over the FBI search of former President Donald Trump’s Florida home,” Bloomberg reported.

“Until now, political appointees have been allowed to generally participate in political activities such as campaign events during their time off as long as they adhered to some restrictions, such as not addressing a rally or convention for a candidate for office,” the report added.

“As department employees, we have been entrusted with the authority and responsibility to enforce the laws of the United States in a neutral and impartial manner,” Attorney General Merrick Garland wrote in a message to employees. “In fulfilling this responsibility, we must do all we can to maintain public trust and ensure that politics — both in fact and appearance — does not compromise or affect the integrity of our work.”

The DOJ memo comes in the wake of a series of highly controversial actions and disturbing revelations about 2020 election interference that have shaken Americans’ confidence in the bureau.

In a court filing on Monday, it was confirmed that the FBI raid carried out against former President Donald Trump’s estate at Mar-a-Lago on August 8 led to the seizure of documents that the bureau had earlier classified as falling under “attorney-client privilege.”

A Just the News report last week showed that the White House coodinated with the National Archives in April to set up the August FBI raid on Mar-a-Lago.

Meta/Facebook CEO Mark Zuckerberg on Monday was served with formal demands by two sitting U.S. senators to turn over any and all documents showing its internal communications with government agencies, all discussion of the New York Post’s Hunter Biden laptop story, and any correspondence with the FBI showing its interference in the 2020 election.

On Friday, a senior FBI official who was taking heat for displaying extreme bias during his mishandling of “politically sensitive” investigations abruptly resigned and was escorted out of the building.

“The Washington Times learned that Timothy Thibault, an assistant special agent in charge, was forced to leave his post according to two former FBI officials familiar with the situation,” the publication reported on Monday.

It should be noted that in June 2018, disgraced FBI official Peter Strzok was escorted out of the FBI building, but that was the extent of the departmental action against the former Crossfire Hurricane agent.

The FBI’s lack of transparency in the raid on Mar-a-Lago is leading to a major lack of trust in the bureau. The Federal Bureau of Investigation raid on former President Donald Trump has eroded Americans’ trust in the agency, according to a Rasmussen poll.

According to a Rasmussen poll of 1,000 U.S. Likely Voters surveyed from August 15-16, a plurality of voters expressed their view that the FBI raid had caused them to lose trust in the bureau.

Strikingly, the poll also showed that a majority of likely voters surveyed agreed with former Trump ally Roger Stone’s statement that “a group of politicized thugs at the top of the FBI who are using the FBI … as Joe Biden‘s personal Gestapo.”

“A majority (53%) of voters now agree with Stone’s statement – up from 46% in December – including 34% who Strongly Agree,” the poll reports. “Thirty-six percent (36%) disagree with the quote from Stone, including 26% who Strongly Disagree.”

The DOJ’s double standard in refusing to take action against Hillary Clinton for her mishandling of classified documents versus its heavy-handed raid of Donald Trump, a former President of the United States with ultimate declassification authority, can only be explained in terms of political bias. No forbidding of Department of Justice and FBI agents from openly displaying their biased political views at campaign rallies will ever change that.