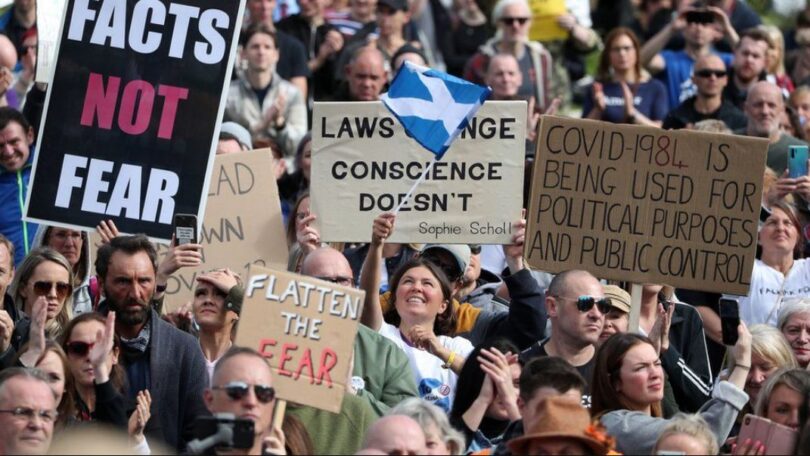 Great Britain has passed mandatory ‘vaccine passports’ for people to be allowed to travel. The vote was 369 votes to 126 with a “huge Tory rebellion.”

“MPs have voted 369 to 126, with a majority 243, to approve the mandatory use of Covid passes for entry to nightclubs and large venues in England,” the Telegraph reported.

One factor in the vaccine passport proposal winning the votes needed in the British parliament is the spread of the omicron variant, which has thus far been considered to be “generally mild.”

“The Government wins vote on masks: 441 – 41,” the Telegraph reported. “MPs have voted 441 to 41, with a majority of 400, to approve regulations to extend the requirement to wear face coverings to more indoor spaces in England – including in museums and galleries.”

Nonetheless, Prime Minister Johnson is facing one of the largest backbench rebellions of his tenure, according to the Telegraph.

“Tory MPs are voting in the Commons over new Plan B measures, with the possibility of Boris Johnson facing the biggest backbench rebellion of his premiership,” the U.K. publication reported.

“The Prime Minister made a last-ditch appeal to the Conservative backbenchers on the 1922 Committee, personally lobbying them to back the further restrictions, as Government sources said hopes were rising of zero resignations over Covid passports,” the report added.

Israel Health Minister Caught on Hot Mic Confesses: There is No ‘Medical Justification’ for Covid Passports