The FBI Interfered in the 2020 Election to Help Joe Biden. Mark Zuckerberg Just Admitted It. 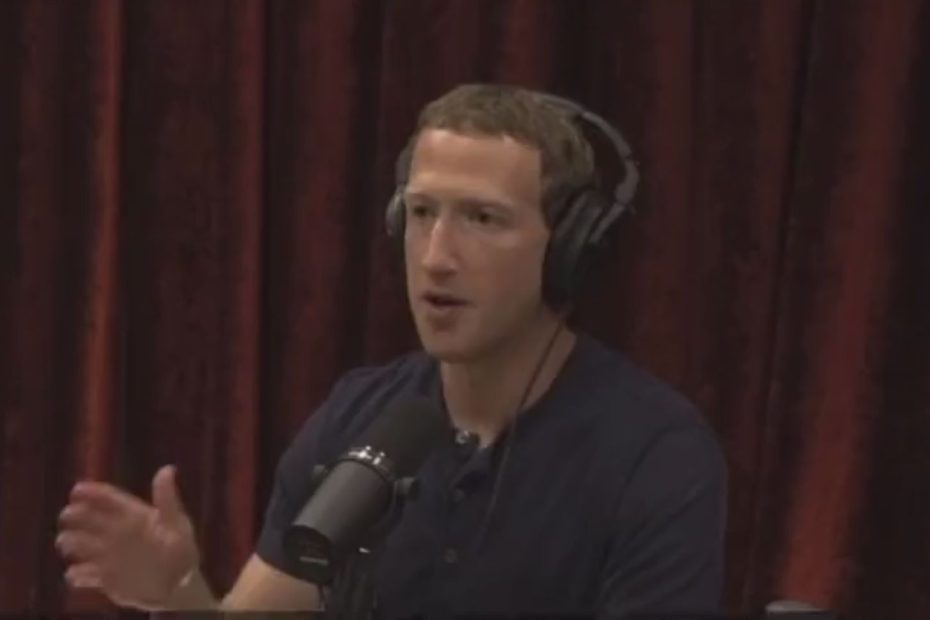 Joe Rogan, host of the biggest podcast in the U.S., invited Facebook/Meta CEO Mark Zuckerberg on for an interview on Thursday. In the course of the interview, Zuckerberg admitted that the massive Big Tech company suppressed the Hunter Biden laptop story, a news story that bore on national security and directly affected the 2020 election, because the FBI told him to do it. Watch:

“How do you guys handle things when they’re a big news item that’s controversial?” Rogan asked. “Like there was a lot of attention on Twitter during the election because of the Hunter Biden laptop story, the New York Post.

“So you guys censored that as well?” Rogan asked.

“So, we took a different path than Twitter,” Zuckerberg said. “I mean, basically the background here is the FBI, I think, basically came to us some, some folks on our team and was like, ‘Hey just so you know, like you should be on high alert. There was… we thought that there was a lot of Russian propaganda in the 2016 election. We have it on notice that basically there’s about to be some kind of dump of — that’s similar to that. So just be vigilant.'”

“So our protocol is different from Twitter’s,” he went on. “What Twitter did is they said ‘you can’t share this at all.’ We didn’t do that. What we do is we have — if something’s reported to us as potentially misinformation, important misinformation, we also use this third party fact-checking program, ’cause we don’t want to be deciding what’s true and false. And for, I think it was five or seven days when it was basically being being determined, whether it was false, the distribution on Facebook was decreased, but people were still allowed to share it. So you could still share it. You could still consume it.”

“Can we say the distribution is decreased… how does that work?” Rogan asked.

“It… basically the ranking in newsfeed was a little bit less, so fewer people saw it than would’ve otherwise,” Zuck replied.

“I don’t know off the top of my head,” Zuck answered. “But it’s meaningful. But I mean, basically a lot of people were still able to share it. We got a lot of complaints that was the case. You know, obviously, this is a hyper-political issue. So, depending on what side of the political spectrum, you either think we didn’t censor it enough or censored it way too much. But we weren’t sort of as black and white about it as Twitter, we just kind of thought, ‘Hey look, if the FBI — which I still view as a legitimate institution in this country, it’s like very professional law enforcement — they come to us and tell us that we need to be on guard about something.’ Then I want to take that seriously.”

“Did they specifically say you need to be on guard about that story?” Rogan asked.

“No, I don’t remember if it was that specifically,” Zuckerberg said. “But… it basically fit the pattern.”

But Facebook wasn’t done doing the Democratic Party favors during the 2016 election. Multi-billionaire owner Mark Zuckerberg spent hundreds of millions on “Zuckerberg boxes” that disproportionately benefited Democrats, as the Thomas More Society documented in a 2020 report.

“The 2020 presidential election witnessed an unprecedented and coordinated public-private partnership to improperly influence the 2020 presidential election on behalf of one particular candidate and party,” the report noted. “Funded by hundreds of millions of dollars from Facebook founder Mark Zuckerberg and other high-tech interests, activist organizations created a two-tiered election system that treated voters differently depending on whether they lived in Democrat or Republican strongholds.”

In May 2021, Project Veritas published alleged internal documents that showed that Facebook ran an elaborate campaign to censor any criticism of the COVID-19 vaccines.

“The company has set up a tier system to rank comments on various scales, based on how much the statement questions or cautions against the Covid-19 vaccination,” the group remarked.

“Tier 2, for instance, represents ‘Indirect Discouragement’ of getting vaccinated and according to PV’s sources, user comments such as these would be heavily ‘suppressed,’” its report continued.

“It doesn’t matter if the comments are true, factual or represent reality,” Project Veritas pointed out. “The comment is demoted, buried and hidden from view of the public if it clashes with this system.”

Thus, Facebook, and Big Tech companies like it, have become instruments of the government instead of private, independent companies. Whether it is through coercion, intimidation, or bribery with taxpayer money, Big Tech companies have worked hand-in-glove with the U.S. government to become the arbiters of public information online.

This will continue to get worse until the Congress finally steps in and puts a stop to it.