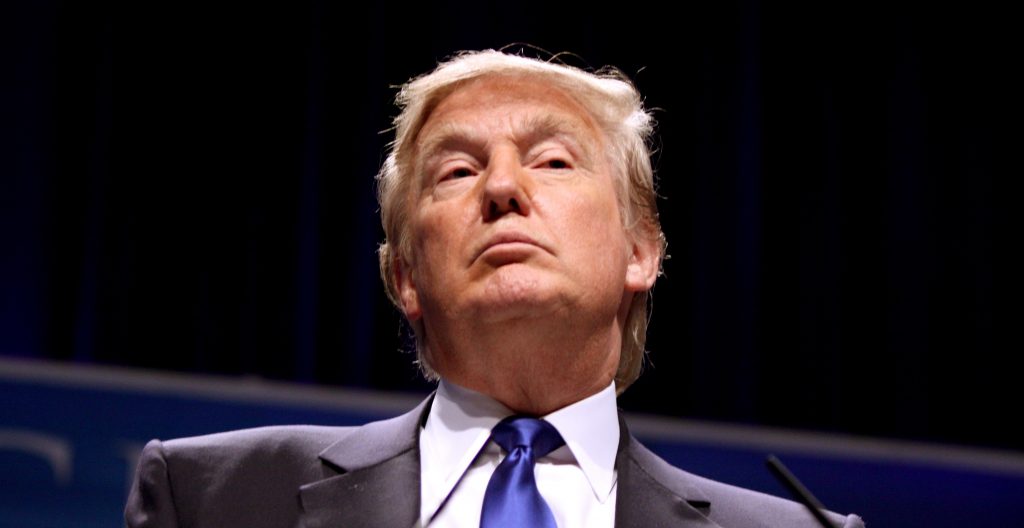 The media’s rumblings about prosecuting Donald Trump have turned into a roar. Left spurned at the altar of securing an impeachment conviction against now-citizen Donald Trump, the progressive media have been breathlessly pushing the notion that Trump be held criminally liable for a capitol riot that the senate just acquitted him for.

This was all about political vengeance and has nothing to do with “justice,” in case you haven’t been following along.

“He’s worried about it,” an adviser close to Trump purportedly reassured CNN. But there is scant reason to believe that Donald Trump is waking up in a cold sweat at nights after having a recurring nightmare about the radical left’s latest threat to ‘lock him up.’

Much like the narrative that Donald Trump would “incite” a protest with the capacity to break out into violent conflagration was hatched in March of last year, the calls for “prosecuting” Trump are far from new.

The grandstanding theatrics of the Democrats at the Senate impeachment trial may warp the perception that these new calls for prosecution have more of an air of legitimacy than past attempts. It shouldn’t.

Donald Trump was early on outright accused of “treason,” a seditious act that may be punishable by death, for countless allegations of Russian collusion that were proven baseless by the Democrats’ own white knight Robert Mueller.

In addition to the Russia hoax, the demented progressive left wanted to prosecute Donald Trump for his pandemic response.

It was left up to Constitutional attorney Jonathan Turley to disabuse the left of this notion in a piece pointedly entitled: ‘Donald Trump cannot be criminally charged for his pandemic response’:

The criminal code has been a cathartic release for his critics, delivered by a host of experts willing to distort controlling law to meet the demand for such charges. From the campaign finance allegations and Stormy Daniels to the Russia investigation and Ukraine military aid, every controversy has been attended by claims of clear criminal acts, to which we now can add the coronavirus pandemic. The logic seems to be that, if you continue to work through the criminal code, eventually you are bound to be correct.

Trump’s opponents have not been right, and they continue not to be right. That isn’t stopping it from throwing a legal hail mary after the colossal disappointment of the former president’s acquittal. As The Hill reported, a progressive group is now lobbying Biden’s attorney general nominee Merrick Garland to press a criminal case:

A prominent progressive group on Saturday called on the Biden administration’s Justice Department to pursue criminal charges against former President Trump, just moments after Trump’s acquittal in his impeachment trial.

The Progressive Change Campaign Committee (PCCC) responded to the Senate trial verdict by circulating a petition to its nearly one million members calling on Biden’s nominee for attorney general, Merrick Garland, to investigate and prosecute Trump and his associates.

But not only left-wing advocacy groups want to see Donald Trump behind bars for a capitol building attack he demonstrably had nothing to do with planning. There are lawyers in D.C. looking into ways to press a criminal case.

“Lawyers inside the Washington, DC attorney general’s office are working to determine if it is legally viable to use district statutes to charge former President Donald Trump for his alleged role in the insurrection,” an ABC affiliate reported.

The door for prosecution was seemingly left open by the Janus-faced Mitch McConnell due to his disjointed remarks at Trump’s impeachment acquittal speech.

“President Trump is still liable for everything he did while in office,” he said. “He didn’t get away with anything yet. We have a criminal justice system in this country. We have civil litigation.”

However, the Supreme Court has already ruled on the matter of civil litigation against a sitting president. In a 5-4 decision, the Supreme Court upheld in Nixon v. Fitzgerald that a former president is entitled to “absolute immunity from liability for civil damages arising from any official action taken while in office.” It should be noted that this would also encompass legal arguments about criminal negligence.

Furthermore, a criminal case brought against Donald Trump based on “incitement” of an imminent unlawful act is bound to fail according to the time-honored Brandenburg test. The test is two-fold:

As many have explained, the only clear directive that Donald Trump gave at his January 6th speech to protest was contingent that the attendees do so “peacefully and patriotically.”

The speech that Donald Trump gave hinged on commoplace political rhetoric that he had given at dozens of spirited, but completely peaceful rallies. Indeed, the Trump legal defense team did an apt job exposing the Democrats’ own lack of standards about whether invoking the term “fight” was tantamount to a call to arms.

A former high-ranking FBI official said that it is unlikely that Trump’s speech could qualify as “incitement” by any reasonable legal standard, as revealed in a Just the News report.

“I didn’t hear a single word about — or anything that would trigger a reasonable person to believe that he was inciting— violence,” he said. “He even used the words ‘peaceful’ and ‘respectful.'”

The persecution against Donald Trump in the media is certain to continue. But the prosecution of Donald Trump in criminal court is nothing more than sheer fantasy if the left hopes for his conviction.