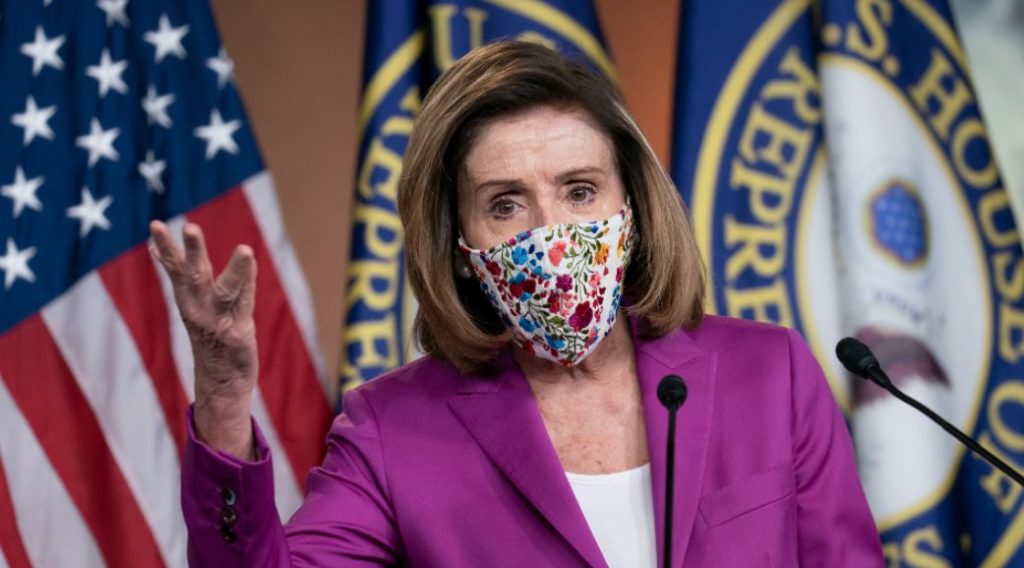 Liz Cheney will be the lone Republican on Nancy Pelosi’s non-independent, non-bipartisan, January 6 committee/futile anti-Trump witch hunt. The Wyoming Republican, who is the daughter of former Bush VP Dick Cheney, has proven to be a thorn in the side of Republicans. A very tiny, miniscule, almost non-existent thorn.

On Thursday, Liz Cheney joined the ranks of her fellow irrational and dishonest Trump haters by agreeing to be part of Pelosi’s Capitol riots cover-up crew.

“Former President Donald Trump’s top GOP nemesis Liz Cheney will serve on a committee created by House Democrats to investigate the Jan. 6 riot at the Capitol,” the Washington Examiner reported.

“Speaker Nancy Pelosi, a California Democrat, announced the makeup of the panel a day after the House voted mostly along party lines to create the special committee,” the report noted.

Cheney reacted by saying she was ‘honored’ in a statement.

I'm honored to serve on the January 6th select committee. Our oath to the Constitution must be above partisan politics. pic.twitter.com/LpPoWhBHPx

“I’m honored to serve on the January 6th select committee,” she wrote, in addition to her statement. “Our oath to the Constitution must be above partisan politics.”

Speaker Pelosi’s proposal allows her to appoint 13 members to form a committee that would report on the “facts, circumstances, and causes relating to the January 6, 2021, domestic terrorist attack upon the United States Capitol Complex,” including “facts and causes relating to the preparedness and response of the United States Capitol Police and other Federal, State, and local law enforcement agencies in the National Capital Region and other instrumentalities of government, as well as the influencing factors that fomented such an attack on American representative democracy while engaged in a constitutional process.”

Cheney will be the only Republican on the committee, which will give it a false veneer of bi-partisanship. The select committee will be open-ended and last as long as Speaker Pelosi desires. The January 6 committee will have subpoena power and can order dispositions without House minority input.

Liz Cheney said on Monday that her potential appointment would be “up to the Speaker.” Cheney reportedly did not talk to Pelosi about a position on the select committee. However, it looks like she made “the team.”

But one of the “influencing factors”  for the events of January 6th that is unlikely to come up at the hearings is the question mark of Speaker Pelosi’s own role instructing the House Sergeant at Arms and Capitol Police under the Congress’s direct jurisdiction to maintain a ‘low profile,’ and to essentially stand down from keeping rioters out of the Capitol building.

It should be noted that there were only a handful of these unarmed, colorfully dressed protesters. They easily could have been arrested for criminal trespassing. The Capitol Police didn’t even look or act like legitimate police officers. There were photographers all over the place calmly taking pictures and videos of this purportedly dangerous ‘insurrection.’

It’s unlikely that such glaring holes in the Democrats’ narrative that this was an attempted ‘coup’ come up, especially since the Republicans, justifiably, refuse to take part in this meaningless political theater. There are more important issues at hand, such as fixing the many disastrous problems being caused by the Biden administration.