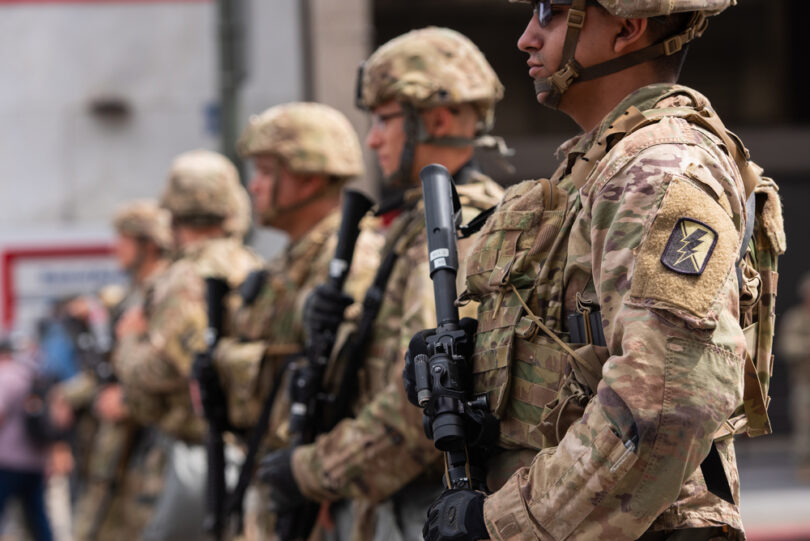 The first state National Guard unit has made itself clear to the Department of Defense it has no intention of enforcing its Covid-19 vaccine mandate.

“The Oklahoma National Guard has rejected the Defense Department’s requirement for all service members to receive the coronavirus vaccine and will allow personnel to sidestep the policy with no repercussions, a potential blueprint for Republican governors who have challenged Biden administration mandates,” the Washington Post reported.

“Brig. Gen. Thomas Mancino, appointed this week by Gov. Kevin Stitt (R) as adjutant of the state’s 10,000 National Guard soldiers and airmen, on Thursday notified those under his command that they are not required to receive the vaccine and won’t be punished if they decline it,” the report added.

“It’s an extraordinary refusal of Pentagon policy and follows Stitt’s written request to Defense Secretary Lloyd Austin seeking suspension of the requirement for Guard personnel in the state,” the report noted.

“We will respond appropriately,” John Kirby, a Pentagon spokesperson, said of Stitt’s letter. “That said, Secretary Austin believes that a vaccinated force is a more ready force. That is why he has ordered mandatory vaccines for the total force, and that includes our National Guard, who contribute significantly to national missions at home and abroad.”

The Washington Post provided background on the National Guard’s action, which opens up another path of resistance to the unlawful Covid-19 vaccine mandates.

“Overall Republican resistance to vaccine mandates has intensified in recent weeks, with multiple GOP governors filing suit to stop the requirement for federal contractors and a Friday court ruling temporarily halting the administration’s directive that private businesses employing more than 100 workers require inoculation or impose onerous testing guidelines,” the Post states. “Oklahoma’s objection to the Pentagon’s directive would appear to open another pathway for states to challenge the president’s orders.”

In August, the Pentagon issued an order for all U.S. military troops to receive the Covid-19 vaccination. Military troops must ‘immediately begin to get the COVID-19 vaccine,’ Defense Secretary Lloyd Austin said in the memo and ordered service leaders to ‘impose ambitious timelines for implementation.’

The Department of Defense has subsequently faced numerous lawsuits over the order, including class action lawsuits from the members of all five military branches.