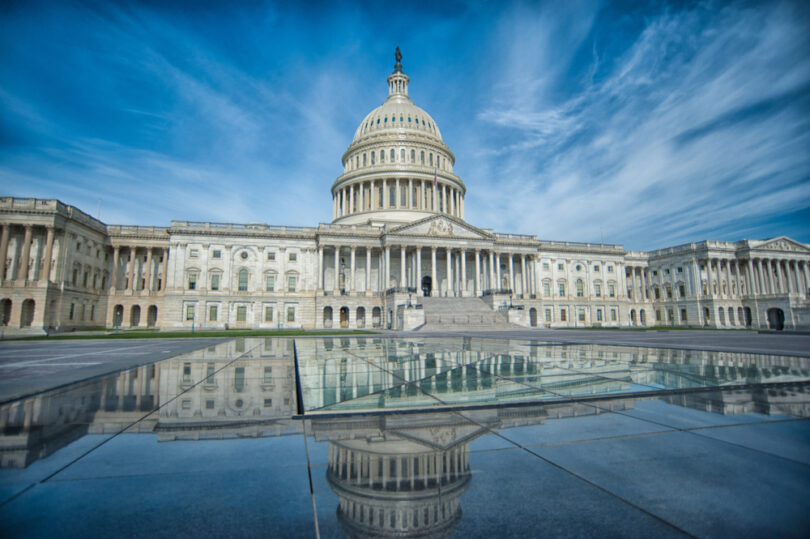 The Democratic Party is on borrowed time controlling the U.S. Congress. The radical Democrats’ agenda is increasingly out of touch with the concerns of American voters, who are pining to punish the Democrats at the polls. A budget blowout estimated at nearly $5 trillion, a federal takeover of elections, sicking the FBI on concerned parents who oppose Critical Race Theory in their schools, and an obsession with endlessly relitigating a Jan. 6 riot mark an extremist agenda that is about to get a colossal rebuke.

Then there is Covid. President Biden promised that he would solve the pandemic. But as the nation approaches two years of politicized Covid policies, it has become apparent that the Democratic Party has no intention of giving them up. The relentless, anti-science push for universal vaccination regardless of risk or natural immunity has led to an unofficial federal vaccine ‘mandate’ that threatens to put millions of Americans out-of-work.

Economic pain is also on the rise. An alarming 4.3 million Americans quit their jobs just last month. Soaring inflation, supply chain disruptions, and skyrocketing gas prices are wreaking havoc. Meanwhile, the Democrats want to unleash the IRS to monitor all Americans’ bank accounts with transactions over $600 a year. Their flimsy excuse is cracking down on billionaire tax evasion.

Amidst the daily crisis, it has become apparent to all that the president is utterly incapable of forming coherent sentences, let alone running the world’s most powerful country. When you add to all of this a southern border chaos that has led to waves of illegal immigrants, and the disastrous Afghanistan withdrawal after 20 years of war, this has all the makings of a mid-term election debacle.

One of the early signs that the GOP is poised for a ‘tea party’ like wave election is the fundraising. The Republican Party is shattering records as its 2022 war chest grows.

“The Republican fundraising committee dedicated to flipping the House in next year’s midterm elections said Thursday it raised more than $105 million this year through September,” the AP reported. “The record haul for the nine-month period marks a 74% increase over last cycle and includes $25.8 million raised in the third quarter of the year. The group said it now has $65 million cash on hand, nearly triple what it had at this time four years ago.”

“House Democrats are sprinting toward the exits because they know their days in the majority are numbered and we look forward to keeping up the pressure,” National Republican Congressional Committee Chairman Tom Emmer said in a statement.

“The NRCC outraised the Democratic House committee $45.4 million to $36.5 million through the year’s second quarter, which ended June 30,” the AP added.

Recently, a special election race in Iowa signaled that the political retribution has already begun. A Republican flipped a seat that had been held by Democrats for nearly 30 years.

After the 2020 election that saw massive gains for the GOP in the House, the midterm elections are shaping up to be a massive repudiation of the radical Democratic Party’s agenda. For millions of Americans, the midterms can’t get here soon enough.