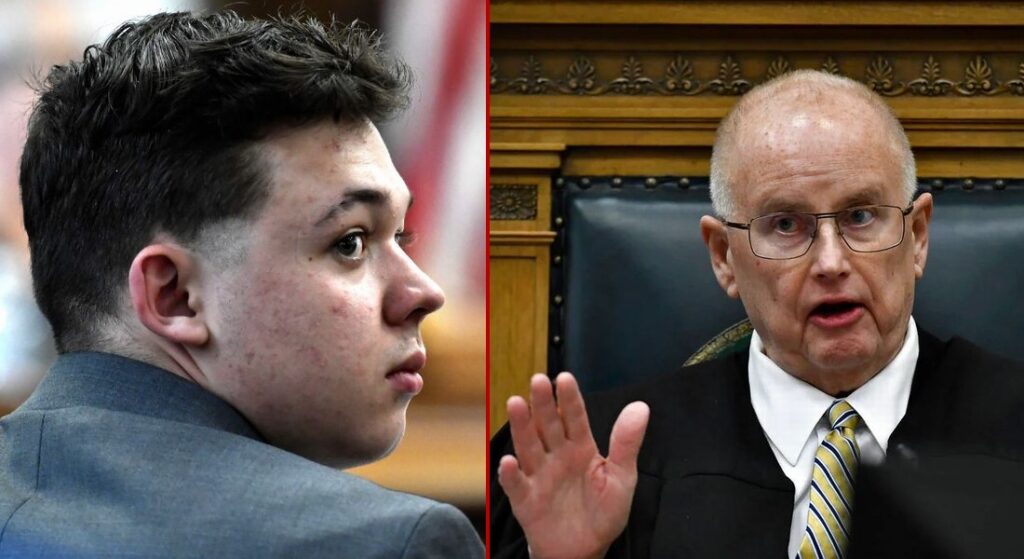 As the Kyle Rittenhouse case goes down to the wire, there are credible reports that the jurors’ verdict count is a lot closer than many have been led to believe.

The volatile situation outside of the Kenosha, Wisconsin courtroom was reported by Newsmax, which relates that sources have informed it the current verdict count is split. Watch:

The Newsmax reporter pointed to several media reports that indicate they overheard Kyle Rittenhouse’s attorney Mark Richards saying that he believes the jury is at a ‘6-6 split.’

The startling report comes amidst reports of juror intimidation and even an attempted report that would expose jurors to doxxing.

The judge subsequently banned MSNBC reporters from the court’s premises.

Judge Schroeder referred to the person tailing the jury bus by the name of James Morrison, although he is also known as Jamie Morrison. Morrison has been described as a ‘freelancer,’ but some believe he works for MSNBC News. According to Law and Crime, NBC News argued the police “were mistaken as to the individual’s intent.”

“While the traffic violation took place near the jury van, the freelancer never contacted or intended to contact the jurors during deliberations, and never photographed or intended to photograph them,” NBC News’s public relations team said in a ‘non-denial denial.’

The judge is deliberating whether or not to rule the Rittenhouse case a “mistrial with prejudice” after the defense’s motion pointed out the state had withheld potentially exculpatory video evidence that could clear its client.

The motion argues that the state has “repeatedly violated instructions from the Court, acted in bad faith and intentionally provided technological evidence which was different from theirs.”

In closing, the motion stated that the “defendant respectfully requests the Court find “prosecutorial overreaching” existed, that “overreaching was intentional and in bad faith,” and thereby grant the defendant’s motion for a mistrial with prejudice. Such a mistrial would prevent a re-trial due to “double jeopardy.”

As earlier reported, there is a strong belief that the jurors are being intimidated.  Reportedly, two of the jurors are afraid to come forward with their verdicts, citing “backlash,” according to Human Events Senior Editor Jack Posobiec, who says his source is a U.S. Marshal in Kenosha.

One prominent Minneapolis BLM activist named Cortez Rice, who was apparently close to George Floyd, said ominously that the jury is being watched.

Rice later claimed that he did not know that people were spying on the Rittenhouse jurors. Even the judge in the Rittenhouse case hasn’t been safe from intimidation in the self-defense trial in the form of threatening emails.

But this brazen attempt by an MSNBC employee to learn more information about jurors crosses the line, and once again, threatens to cause a “mistrial with prejudice.”

On Tuesday, Tucker Carlson argued that the jurors haven’t reached an “obvious verdict” because they fear that “Biden voters” will riot.

Tucker argued the verdict is so obvious that “no honest person could reach a different conclusion” than Rittenhouse had acted in self-defense.

The split jury, reported to be now 6-6 in terms of guilty and not guilty verdicts, is an indication that the juror intimidation may be ‘working.’ No one should be surprised if a mistrial with prejudice or a hung jury are the results of such jury tampering.