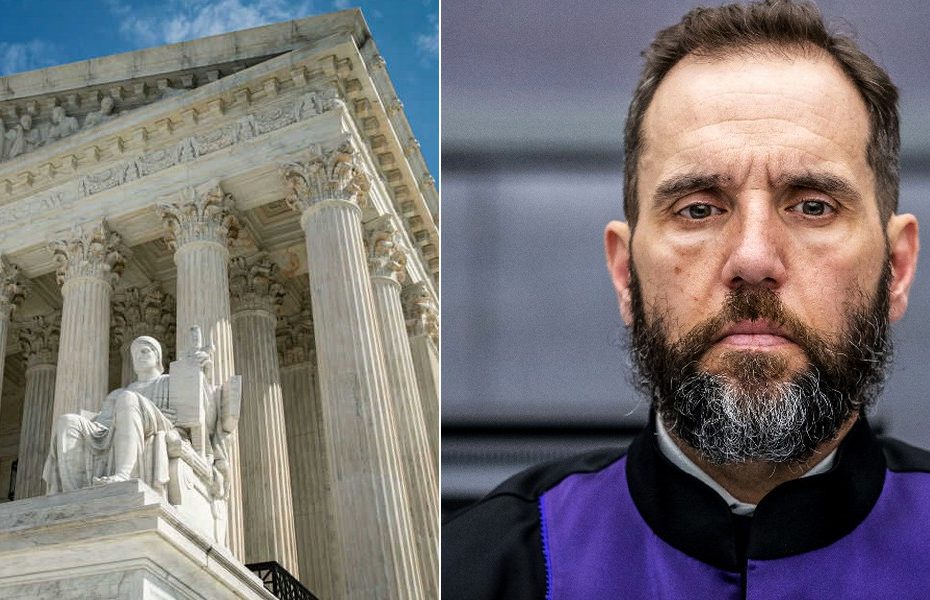 The Special Counsel appointed by the Department of Justice to investigate the Mar-a-Lago documents case was involved in an infamous Supreme Court case that overturned a political prosecution, and was involved in the IRS’ scandalous targeting of conservative non-profit groups.

Jack Smith, who is leaving his position as a a war crimes prosecutor in The Hague to take on the role, is a former chief of the DOJ’s public integrity section. Attorney General Merrick Garland named Smith to become Special Counsel, thereby ensuring that the politicized investigation of now-candidate Donald Trump and his associates will continue well into the 2024 election campaign.

In 2016, the Department of Justice’s prosecution against former Virginia Governor Robert McDonnell and his wife Maureen McDonnell for alleged bribery was overturned by the Supreme Court. Justice Roberts issued a scathing majority decision.

“There is no doubt that this case is distasteful; it may be worse than that,” Chief Justice John Roberts wrote in the majority opinion. “But our concern is not with tawdry tales of Ferraris, Rolexes, and ball gowns. It is instead with the broader legal implications of the Government’s boundless interpretation of the federal bribery statute. A more limited interpretation of the term ‘official act’ leaves ample room for prosecuting corruption, while comporting with the text of the statute and the precedent of this Court.”

“The judgment of the Court of Appeals is vacated, and the case is remanded for further proceedings consistent with this opinion.”

But Smith’s legacy of partisan prosecutions doesn’t end with the Bob McDonnell case. In 2014, the House Oversight Committee found that when Smith was at the DOJ, he set up a critical meeting with IRS tax official Lois Lerner that culiminated in the targeting of conservative non-profit groups under the Obama administration.

As reported by Just the News, DOJ official Richard Pilger testified in 2014 that Smith set up a meeting with Lerner “to discuss more aggressive enforcement of regulations prohibiting tax-exempt groups from engaging in politics in the aftermath of the landmark Citizens United free speech Supreme Court case.”

“According to Mr. Pilger, the Justice Department convened a meeting with former IRS official Lois Lerner in October 2010 to discuss how the IRS could assist in the criminal enforcement of campaign-finance laws against politically active nonprofits,” the committee said in a 2014 letter to DOJ. “This meeting was arranged at the direction of Public Integrity Section Chief Jack Smith.”

“It is apparent that the Department’s leadership, including Public Integrity Section Chief Jack Smith, was closely involved in engaging with the IRS in wake of Citizens United and political pressure from prominent Democrats to address perceived problems with the decision,” the letter added.

The Treasury Department Inspector General released a report that the IRS’s targeting of conservative nonprofits was inappropriate and the tax agency subsequently apologized.

“The IRS used inappropriate criteria that identified for review Tea Party and other organizations applying for tax-exempt status based upon their names or policy positions instead of indications of potential political campaign intervention,” the report concluded.

The Special Counsel appointed by the Department of Justice thus has a history of political prosecutions and persecution of conservative groups. The Biden administration has thus tasked a partisan official with the aim of interfering with a political rival in the 2024 election campaign. It is the same playbook that the Democratic Party has been running against Donald Trump for six years.