It has been a nearly universal media narrative following the Capitol siege of January 6th: Donald Trump’s speech “incited” an insurrection.

The evidence, however, is piling up that no such thing could have occurred. Let’s briefly retrace the accusations and known evidence.

On January 6th, amid a large gathering at the nation’s capitol to protest what millions of Americans perceived to be illegitimately held elections in key swing states, the former president gave a speech. The timing of the speech was the convening of the Joint Session of Congress to validate the slates of electors from the Electoral College.

It has been argued that Donald Trump’s language at the speech, including using the words “fight” was deliberately incendiary. But let’s take a look at the actual language of the speech. Trump deliberately says “fight” in the commonplace political context:

It should be noted further that allegations of election “fraud” are not incitement. Indeed, the same mainstream media accusing Trump of ‘inciting’ the crowd with fraud allegations accused Donald Trump himself of perpetrating fraud in the 2016 election.

Here are a smattering of headlines: “How Russia helped swing the election for Trump” (The New Yorker); “Here’s What We Know So Far About Russia’s 2016 Meddling” (Time); “2016 Presidential Campaign Hacking Fast Facts” (CNN). There were breathless nightly accusations from Rachel Maddow about Trump-Russia collusion. Hillary Clinton repeatedly disputed the legitimacy of Trump’s election in 2016 based on such accusations. She even called him an “illegitimate president.”

The entire teetering edifice of daily lies and accusations about Trump came crashing down with the Mueller report. Robert Mueller was the left’s white knight tapped to bring down the president with evidence that he had colluded with the Russians to rig the 2016 election. No such evidence was ever produced. The entire narrative was debunked. Much like the Trump “incitement” narrative will prove debunked. 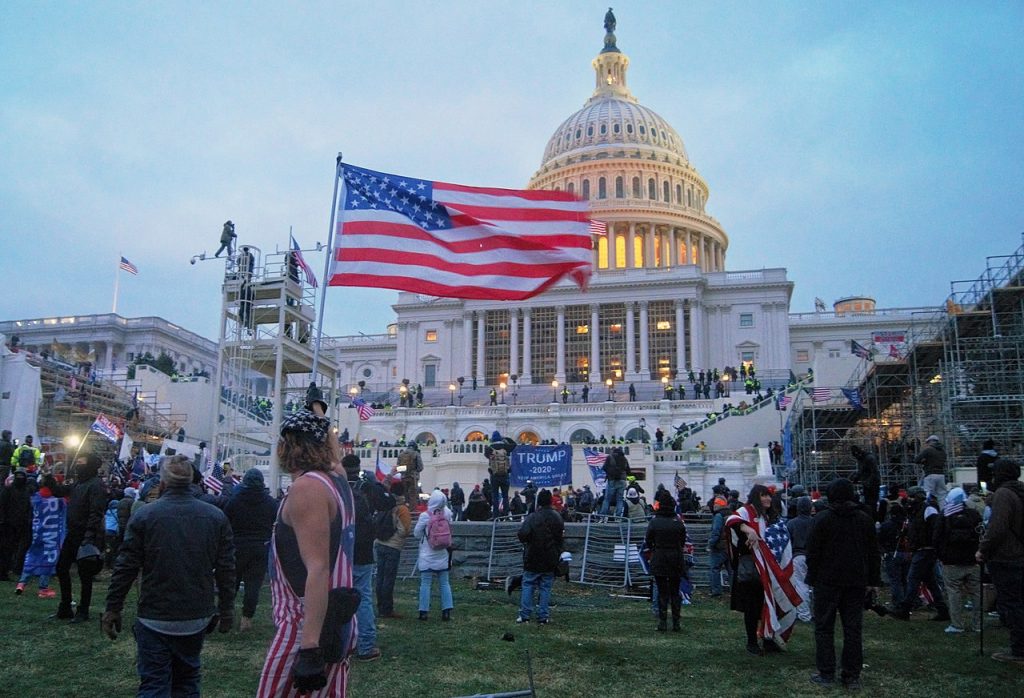 Beyond the obvious point that Trump specifically told the crowd to “peacefully and patriotically make your voices heard,” there is nothing remarkable about this particular Trump speech. It is filled with bromides and shopworn phrases that he has used for years to excite his base.

The only difference this time was that there was a pre-planned plot to incite violence and rioting at the Capitol. The Washington Post earlier reported that the Capitol Police warned the Congress multiple times days before the riot that the building could be attacked.

This is a point that is gaining traction. I have myself made it for weeks. (See here and here.) As Just the News put it in a recent piece:

Growing evidence of advance planning and coordination of the Jan. 6 storming of the Capitol undermines claims that the rioters were responding spontaneously to former President Trump’s speech to supporters about a mile and a half away, according to legal and intelligence experts.

The now-resigned Capitol Police chief inexplicably was turned down six times in his requests that the security be increased. The National Guard was instructed to maintain a weak presence and low visibility. Michael Yon, the nation’s most experienced war correspondent, reported that the security presence made little sense, and he detected numerous suspect things about the mix of groups in the crowd.

Now, there are reports further solidifying the obvious: The pipe bombs placed at the RNC and DNC, potentially as a diversion for an attack on the Capitol building, were placed there the night before. CNN noted:

Two pipe bombs near the Democratic and Republican party headquarters discovered on January 6 were planted the night before the insurrection at the Capitol, the FBI said Friday.

This is extremely problematic for the narrative about Trump’s speech “inciting” the Capitol building attack. In combination with these facts, a former high-ranking FBI official explains that it is extremely unlikely that Trump’s speech could qualify as “incitement” by any reasonable legal standard. 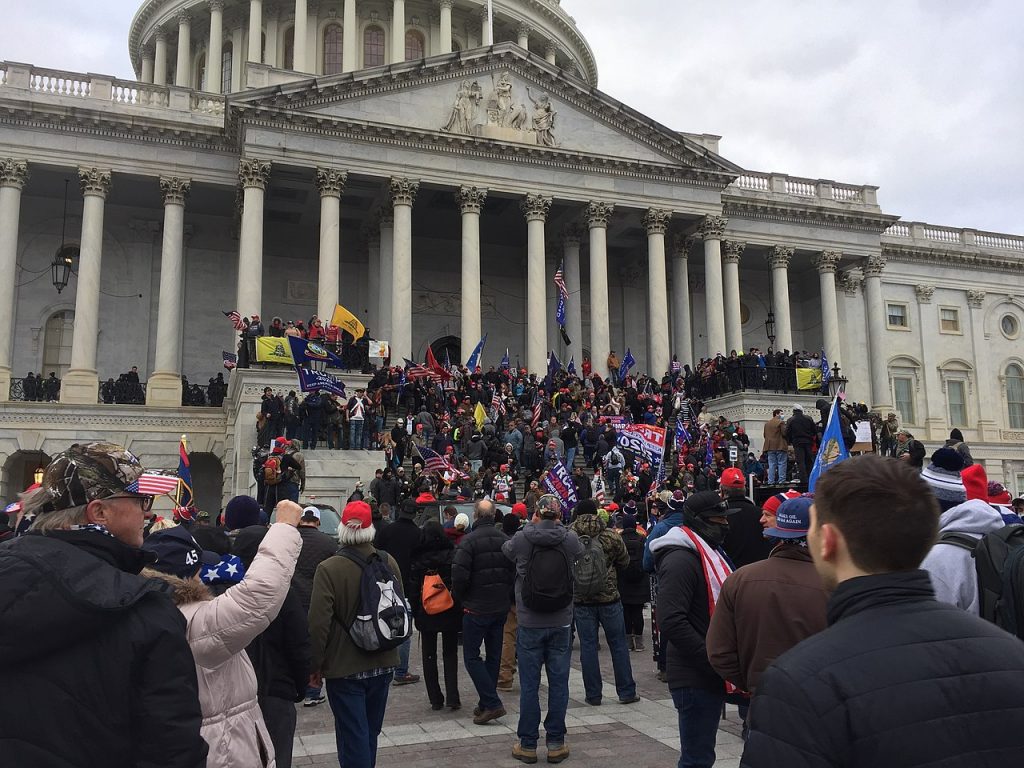 “For speech to meet the threshold of incitement, a speaker must, first, indicate a desire for violence and, second, demonstrate a capability or reasonable indication of capability to carry out the violence, according to Kevin Brock, former assistant director of intelligence for the FBI,” the report states.

It is quite obvious that the President of the United States, as Commander-in-Chief of the armed forces, and head of some of the most powerful intelligence agencies in the world, would not incite an “insurrection” or a “coup” from a mob of common political supporters and amateurish rabble like these fellows, who are suspiciously emblematic of the media’s warped reading of who is likely to be a Trump supporter: 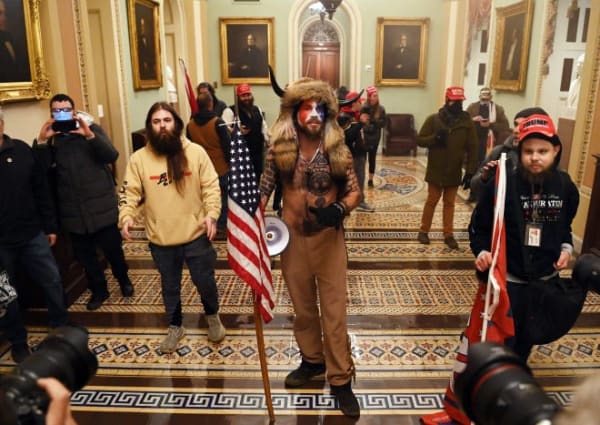 This is especially true given that Republicans in the House and Senate were poised to make the president’s case that election fraud, or at the least, unlawful election processes had indeed taken place in several swing states and had given now-President Biden an unfair advantage.

After the riot that led to the breaching of the Capitol building and a Congressional recess, which did not include direct violent threats to the lives of Congressmembers, contrary to the reckless claims to the contrary by such representatives as Alexandria Ocasio-Cortez, the Electoral College vote-counting proceeded.

Scores of Republican House members and eight Senators, including Ted Cruz (R-TX) and Josh Hawley (R-MO), nonetheless backed the objections to the Biden slate of electors from Arizona. This has been a relatively common practice throughout American history, and something that Democrats themselves have done numerous times, including in 2000, 2004 and 2016.

Due to procedural maneuvering from then President of the Senate Mike Pence, the objections were shut down and the American people would not hear the evidence that several Republicans had amassed to press their case that the elections in several states were illegitimate and should not be certified. This is extremely convenient for the Democratic Party. 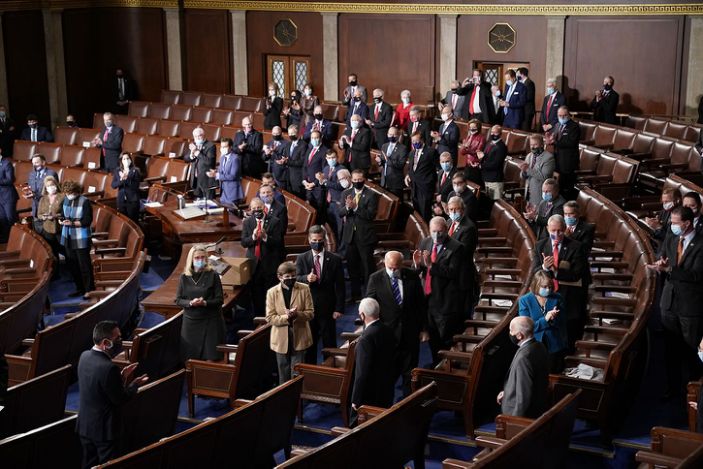 The Democratic Party has launched into unfettered hysterics about what took place on that day. But the optics from the Capitol riot are very strange; Capitol police stood down as oddly dressed protesters entered the Senate chambers; criminals entered Speaker Pelosi’s chambers and stole a laptop, which the thief purportedly wanted to sell to Russian intelligence (a red flag about credibility); dozens entered the Capitol building after literally having the door held open for them, and they merely walked in a line and took pictures; and a CNN reporter and a pro-Antifa/BLM agitator were on the scene at one of the oddest moments — the deadly shooting of Trump supporter Ashli Babbitt.

In the ensuing weeks, the Democrats and the mainstream media have made baseless claims about the threat allegedly posed by “Trump supporters.” The National Guard and law enforcement erected a large fence, and there is now word that the intent is for the edifice to remain there permanently.

There are sweeping warnings being issued by DHS, amid no specific intelligence reports, about extremist groups’ intention to commit more acts of violence.

“While CBS News has learned Homeland Security does not have intelligence about specific, credible plotting, the bulletin warns more violence is possible,” Catherine Herridge reported. It seems to be an inference that DHS is talking specifically about “right-wing” extremist groups. Of the 206 individuals arrested in connection to the siege, eight of them are said to belong to the Proud Boys, whose leader is reported to be a prior FBI informant. Other purported “right-wing” groups include the Oath Keepers, and the Boogalo Boys, whose ideological bent is not clearly “far-right” and appears to be more anarchist.

Meanwhile, the violent communist group Antifa continues to carry out nightly acts of violence against law enforcement and wreak havoc in cities amid barely a whisper of complaint from the mainstream media.

“At the Antifa riot at the Portland ICE facility overnight, they set a dumpster on fire & attempted to push it into the building,” Andy Ngo commented on a video. “Federal officers came out to stop them. Antifa threw a mortar explosive at police.”

There is a massive credibility issue for the mainstream media and the Democratic Party to make such outrageous smears about Donald Trump and his voters, particularly when they are turning a blind eye to actual violence being carried out by radical Democratic supporters for months on end and even to this present day.

Unfortunately for them, their charade is being exposed and the prospects of a Trump impeachment conviction are in the gutter, along with the Democrats’ tarnished reputations.