The U.S. government ran a ‘comprehensive’ media relations program that paid millions of dollars to media outlets to influence the American public to be ‘pro-vaccine.’ This program included purchasing advertising from some of the biggest TV and digital media outlets, which subsequently failed in almost every instance to report the conflict of interest, accompanied by near-uniformly positive and uncritical Covid vaccine reportage.

The government documents describing the media relations program were reported by Blaze Media in an “exclusive.”

“In response to a FOIA request filed by TheBlaze, HHS revealed that it purchased advertising from major news networks including ABC, CBS, and NBC, as well as cable TV news stations Fox News, CNN, and MSNBC, legacy media publications including the New York Post, the Los Angeles Times, and the Washington Post, digital media companies like BuzzFeed News and Newsmax, and hundreds of local newspapers and TV stations,” Blaze Media’s story notes. “These outlets were collectively responsible for publishing countless articles and video segments regarding the vaccine that were nearly uniformly positive about the vaccine in terms of both its efficacy and safety.”

“Hundreds of news organizations were paid by the federal government to advertise for the vaccines as part of a ‘comprehensive media campaign,'” according to documents Blaze Media obtained from the Department of Health and Human Services. “The Biden administration purchased ads on TV, radio, in print, and on social media to build vaccine confidence, timing this effort with the increasing availability of the vaccines. The government also relied on earned media featuring “influencers” from ‘communities hit hard by COVID-19’ and ‘experts’ like White House chief medical adviser Dr. Anthony Fauci and other academics to be interviewed and promote vaccination in the news.”

“Though virtually all of these newsrooms produced stories covering the COVID-19 vaccines, the taxpayer dollars flowing to their companies were not disclosed to audiences in news reports, since common practice dictates that editorial teams operate independently of media advertising departments and news teams felt no need to make the disclosure,” as some publications Blaze Media reached for comment explained.

“The Biden administration engaged in a massive campaign to educate the public and promote vaccination as the best way to prevent serious illness or death from COVID-19,” the story notes. “Congress appropriated $1 billion in fiscal year 2021 for the secretary of health to spend on activities to ‘strengthen vaccine confidence in the United States.’ Federal law authorizes HHS to act through the U.S. Centers for Disease Control and Prevention and other agencies to award contracts to public and private entities to ‘carry out a national, evidence-based campaign to increase awareness and knowledge of the safety and effectiveness of vaccines for the prevention and control of diseases, combat misinformation about vaccines, and disseminate scientific and evidence-based vaccine-related information, with the goal of increasing rates of vaccination across all ages … to reduce and eliminate vaccine-preventable diseases’.”

The story notes a good example of product placement. “Fear-based vaccine ads” from HHS featuring “survivor” stories from Covid patients in ICUs were covered on CNN and discussed on ABC’s “The View” after they were released. Watch:

In the absence of liability for pharmaceutical companies or the ability to hold them accountable for false or misleading claims, the mass promotion of ‘vaccines’ that were rushed to market after a bare modicum of testing constitutes the most egregious breach of journalistic ethics. There was a complete lack of transparency from the pharmaceutical compannies, the Food and Drug Administration, and the media outlets that promoted these vaccines.

Compounding this unethical journalistic behavior, Big Tech companies and self-appointed ‘watchdogs’ maintained relationships that constituted conflicts of interest, including partnerships with pharmaceutical companies and the U.S. government. Newsguard, for example, partners with the U.S. Department of Defense and the U.S. State Department, but polices the Internet for examples of what its editors consider to be “misinformation.” This attempt to ‘chill speech’ ostensibly represents a violation of Americans’ First Amendment rights, because the U.S. government is forbidden from infringing on free speech — even through third parties. 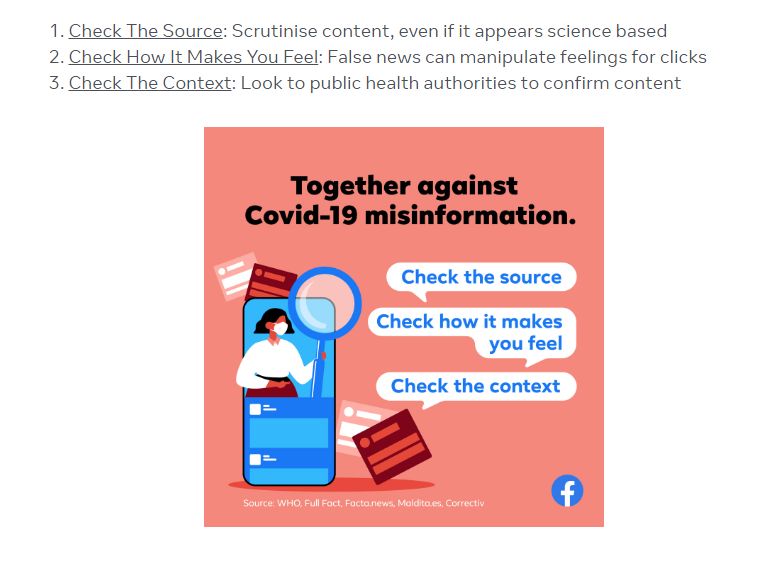 Facebook partnered with the CDC for a massive Covid vaccine propaganda push that included censorship against those who were ‘vaccine hesitant’ because they demanded evidence for their efficacy and for such claims as they ‘stop the spread.’ Twitter also banned and deplatformed critics such as Alex Berenson, even when they later quietly conceded that the critics had been right.

Its not rocket science pic.twitter.com/Vu3XHTFNbP

The Covid-19 vaccine rollout thus compromises one of the most deceptive propaganda campaigns in U.S. history. If the American people do not push for accountability for this monumental effort to manipulate the public, then it will only get worse.

The floodgates have been opened. Voters need to decide if they want a U.S. government that spends billions in taxpayer funds every year to engage in propaganda. This time it was to push pharmaceutical products. Next time, it may be much worse.