The White House has been on quite the hot streak with photos released from its Twitter account as of late. If you missed it, the photos posted by the White House of Joe Biden at Camp David, have raised numerous concerns, such as why the clocks are wrong, the lack of operational security with the zoom feeds, and questions over when the photos were taken.

The White House on Sunday morning posted a photo of Joe Biden at Camp David, where he was vacationing when the news hit that Afghanistan was falling into the hands of the Taliban.

This morning, the President and Vice President met with their national security team and senior officials to hear updates on the draw down of our civilian personnel in Afghanistan, evacuations of SIV applicants and other Afghan allies, and the ongoing security situation in Kabul. pic.twitter.com/U7IpK3Hyj8

“This morning, the President and Vice President met with their national security team and senior officials to hear updates on the draw down of our civilian personnel in Afghanistan, evacuations of SIV applicants and other Afghan allies, and the ongoing security situation in Kabul,” the account said. 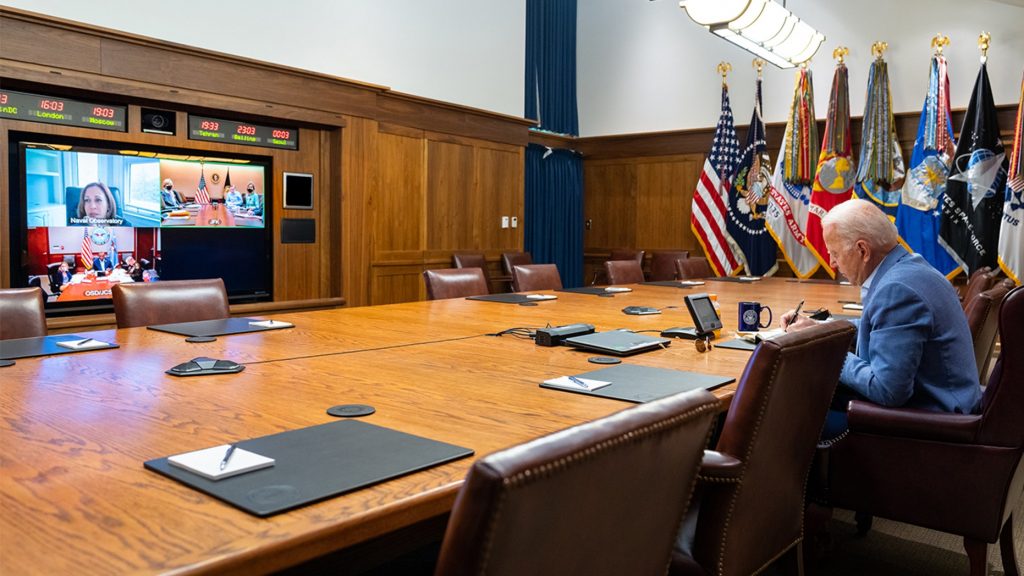 This is a White House photo of President Biden speaking with Vice President Kamala Harris and members of his national security team from Camp David in Maryland, on Saturday, Aug. 14, 2021.

There is more evidence to suggest that something is amiss with the Biden photos presented as being taken this weekend. Namely, the president’s hair. If you look at his hair in the photo and at the latest press conference, you will see that they are quite ‘different.’ 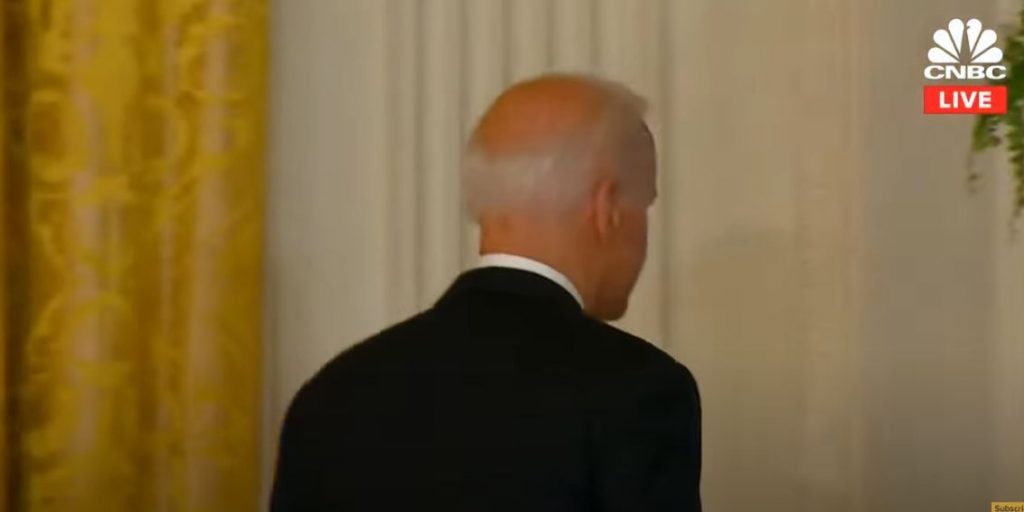 No matter the explanation for these discrepancies, the White House on Wednesday released a photo that was a lot more direct about what’s wrong with it.

This morning, the President and Vice President were briefed by their national security team on the evolving situation in Afghanistan. They discussed the evacuations of U.S. citizens, SIV applicants, and vulnerable Afghans, and the monitoring of any potential terrorist threats. pic.twitter.com/aRejPzOhgp

Do you see the issue with this photo? Take a look at Kamala Harris. 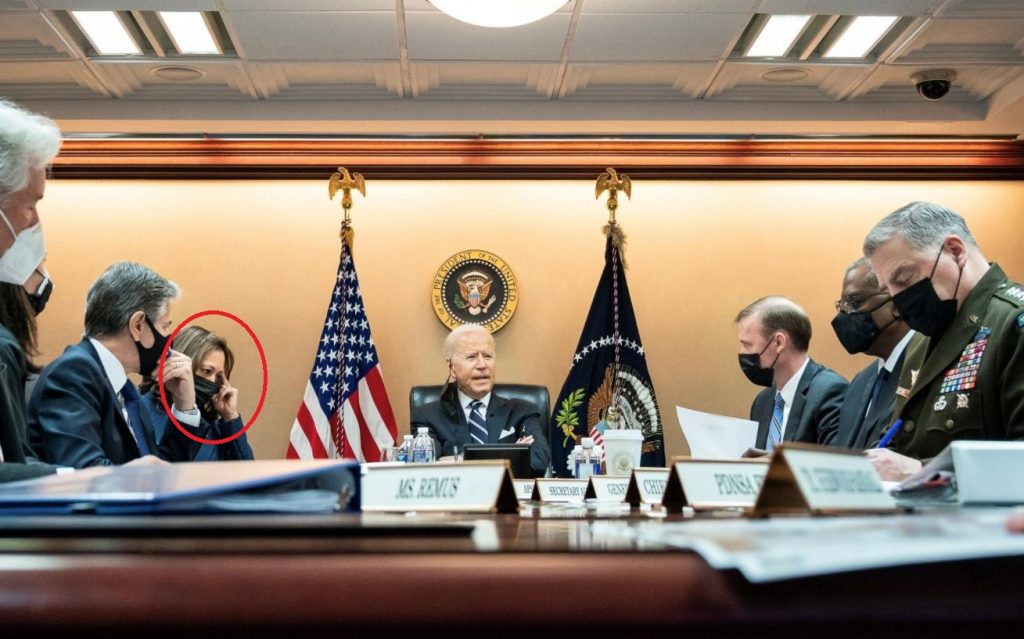 That would be Kamala Harris raising a one-gun ‘salute’ to the Commander-in-Chief. It’s been that kind of month for Kamala. You can only imagine that she can’t wait to get Biden out of the way.