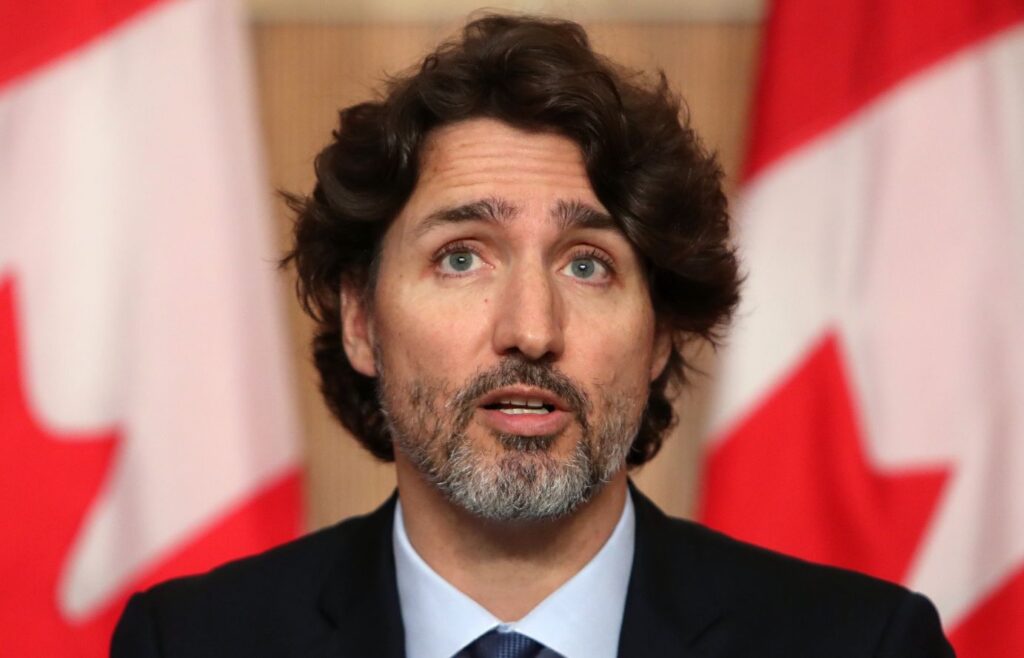 Canadian Prime Minister Justin Trudeau is losing allies left and right over his extreme motion to invoke the Emergencies Act to suppress the Freedom Convoy protest that is disrupting his plans for a perpetual Covid dictatorship.

Enter Ontario Premier Doug Ford. No fan of the Freedom Convoy protest, Ford has repeatedly denied that any of Ontario’s recent concessions on Covid mandates had anything to do with the disgruntled truckers.

“As of March 1, the province of Ontario will no longer require people show proof of vaccination to enter any indoor spaces, the premier, Doug Ford, announced on Monday morning,” the New York Times reported on Monday.

“Let me be very clear: We’re moving in this direction because it’s safe to do so,’’ Ford said. “Today’s announcement is not because of what’s happening in Ottawa, or Windsor, but despite it.”

But that is not what it looks like based on Ford’s recent presser, which drops so many ‘truth bombs’ on Trudeau’s rationale for effectively declaring martial law, it might as well have been written by the Freedom Convoy itself. Watch:

“See, the prime ministry has triple shots,” he continued, referring to Trudeau’s recent alleged bout with Covid. “And I know hundreds of people, three shots that caught COVID. We just have to be careful. We gotta always make sure we wash our hands and, and move forward.”

“We can’t stay in this position forever,” he added. “We gotta learn to live with this and get on with our lives. I bet if I ask every single person in this room, do you want these damned masks? Or do you want ’em off? They want ’em off. They want to get back to normal. They want to be able to go for dinner with their families.”

“And there’s every single person, including myself, knows people that are unvaccinated, you know?” he added. “Sure. There’s, there’s the rabble-rousers. And then there’s just hardworking people that just don’t believe in it. And, and that’s their choice.”

“This is about, again, a democracy and freedoms and liberties,” he continued. “And I hate as a government telling anyone what to do.”

“We just gotta get moving forward and, and get out of this and protect the jobs,” he went on. “You know… I think a lot of people call ’em, probably yourself too. Everyone’s done with this. Like we are done with it. Let’s let’s start moving on and cautiously and you know, we’ve followed the rules, all of us, 90% of us for over two years, the world’s done with it. So let’s just move forward.”

Meanwhile, Trudeau is getting shouted down in the parliament, and at least five provinces have moved forward with plans to roll back vaccine passports and other Covid mandates.

It took nearly two years to get to this point, but it’s finally truth-telling time when it comes to Covid: People everywhere have had enough.

Watch: Trudeau Gets Shouted Down Multiple Times in Parliament as His Support Collapses