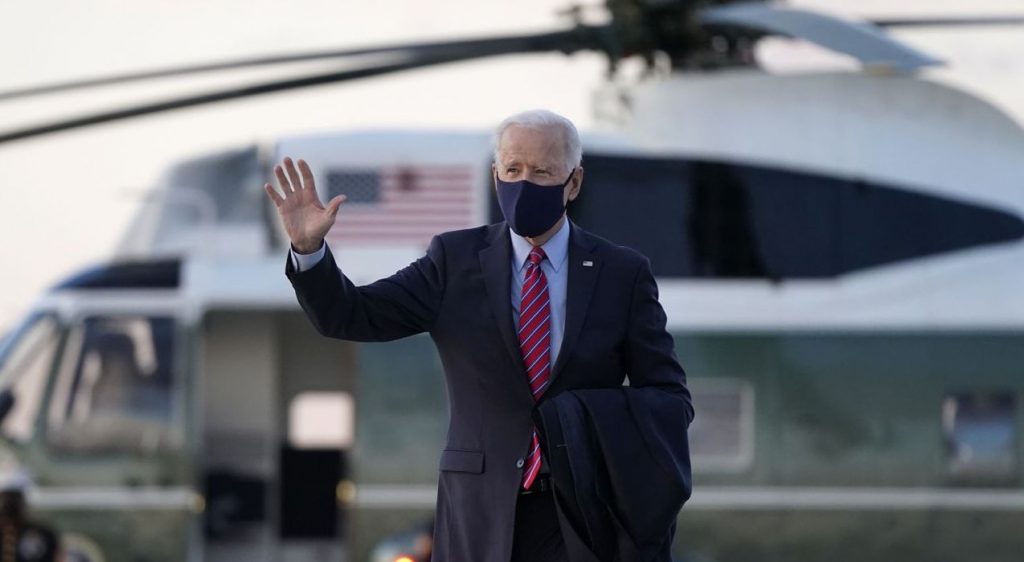 President Biden is very tired from screwing up every decision that faces the Oval Office. Whether it’s his botched Afghanistan withdrawal, bungling of the border crisis, or borderline treason in his foreign policy affairs, Biden is begging for a break. Again.

As the White House reporter with the AP, Zeke Miller, reported on Wednesday, “Biden will spend the weekend in Wilmington,” per the Federal Aviation Administration.

Per FAA, Biden will spend the weekend in Wilmington

The president’s Labor Day Weekend of non-labor comes amidst a foreign policy disaster that left over a thousand U.S. service members dead.

While dozens of Americans are still believed to be in danger in the terrorist-infested hellhole that he left abroad after two decades of war, Biden will slink off to his familiar sojourn of Delaware: One of the tiniest states in the land for one of the nation’s tiniest men.

There is a more likely explanation for his now-nineteen Delaware getaways: That is where he can meet his presidential advisers without the pesky problem of public records.

“HAS ANYONE ASKED WHY HE HAS TO LEAVE THE WHITE HOUSE, THAT HAS VISITOR LOGS, AND GOES TO DELAWARE, THAT DOESN’T, EVERY WEEKEND?” author, pundit, and attorney Kurt Schlichter saliently asks.

HAS ANYONE ASKED WHY HE HAS TO LEAVE THE WHITE HOUSE, THAT HAS VISITOR LOGS, AND GOES TO DELAWARE, THAT DOESN'T, EVERY WEEKEND? https://t.co/xLExpxGi6v

Why, yes. Yes we have asked this question before. Back when Biden was only on seventeen visits to his Delaware home, Fox News reported that the White House refuses to disclose who the hell Biden is meeting with.

“I can confirm we are not going to be providing information about the comings and goings of the president’s grandchildren or people visiting him in Delaware,” Psaki said at her daily press briefing.

While the president was apparently in a hurry to move on from meeting Gold Star families still in mourning for their loved ones lost in Biden’s debacle, since he checked his watch roughly every five seconds, it turns out he doesn’t have any particular place to go.

So, he will travel back to Delaware, away from the White House that he frequents on occasion. If the American people got their way, Biden would just go home and stay there.

Jen Psaki Responds to ‘Bombshell’ Biden Phone Call Transcript, But Unearthed Receipts Show She Once Had a Different Tone