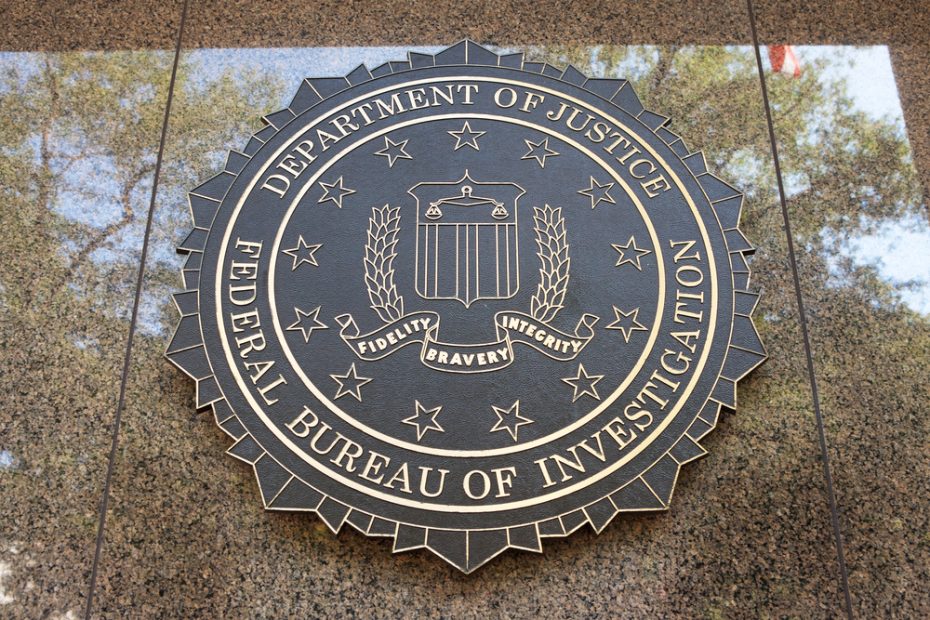 Steve Bannon on the Charlie Kirk Show on Friday broke a bit of a “bombshell”: The FBI served 35 subpoenas to Trump allies on Thursday, in what the ‘WarRoom’ host described as “FBI raids.”

“Yesterday, one of the best days of my life,” Bannon said. “It was a very powerful spiritual day for me. It was a lot of things, were, you know, came into high clarity. It was, I was totally in the zone, as you say, in sports the entire time. And you know, they’re not gonna shut me up. We see, it is — we saw from the demonic speech that Biden gave in Philadelphia.”

“This is a dying regime,” Bannon continued. “That was a primal scream. And here, what they’re trying to do, no matter who it is, Donald Trump and Mar-a-Lago — there were 35 FBI raids yesterday.”

“Right?” he added. “Handing out, there’s another grand jury coming together on January 6th, the Washington Post reported it. They just reported a couple names. There were 35 senior members of MAGA Republicans, supporters of Donald Trump, that were rolled. You know, the FBI rolled in on. Right? When they didn’t need to do it.”

“Remember, all these people have lawyers,” Bannon went on. “All their lawyers are very well known. No, that jackbooted gestapo has got to show up at their door and and make a big display of this. So, there’s so much going on that so many people don’t even know, at so many levels on Trump, people in bankruptcy, trying to de platform them.”

“All of it,” Bannon said. “And quite frankly, I think that’s, what’s so powerful about you guys having this Great Reset conference, because this is really what it’s about. This is this globalist apparatus.”

“This is the American arm of that,” Bannon added. “The Biden regime. And what they’re trying to do is shut down everybody, whether it’s Alex Jones, Charlie Kirk, Steve Bannon, Tucker Carlson, Donald Trump. They’re trying to use lawfare, financial terrorism, legal, you know, everything legally, and quite frankly, up to assassinations. That’s why they’re swatting people like crazy. So we’ve got out work cut out for us. And if we blink, if you blink, it’s over. So screw them. I spit right in their eye. I could care less. We’re coming. We’re rolling. And we’re rolling hard baby.”

“It’s the only way to fight them,” Kirk said. “Steve, can you reiterate that? You said there were 35 FBI raids yesterday? I consider myself well-read. I didn’t see that anywhere. Can, can you elaborate on that?”

“I’ve been reporting,” Bannon replied. “I’m breaking that news right here. If you go to the Washington Post story, I think Josh Dawsey’s story, if your staff pulls it, Charlie, they mention, I think five names, Boris Epshteyn, being one of them. But I think there’s five people. There were 35. 35 FBI, went to 35 — all these people have lawyers. They all know who the lawyers are. They didn’t want, they didn’t serve these subpoenas to the lawyers. They want to make a big display of it. They want to take a bunch of their devices. They want — this is the FBI trying to roll in and trying to be muscle, right? This is the gestapo. This is the gestapo tactic.”

“Look, this is all about intimidation,” he continued. “Whether it’s, whether it’s what they did with me yesterday, what they’re doing with Alex Jones, what they’re doing with other people to de-bank them to make sure they can’t fund their operations. If it’s Trump, like a President of the United States, a completely, totally illegal raid, of which a judge said was an illegal raid. The judge’s opinion says I don’t trust the Justice Department and the FBI to be fair. That’s a federal judge.”

“You see it all over,” Bannon went on. “And 35 members of MAGA, the Republican Party, people close to Donald Trump were rolled in on yesterday by the FBI with these intimidation tactics. They just don’t normally what you would do here, Charlie, is you would go to their lawyer and say, ‘Hey, we want to know when, can you accept service of a subpoena? Can you accept service of this?’ Or ‘we may want to talk to you about certain of your devices, you know, can we work something out?’ No, they didn’t do that. They go with the jackboots and they kick down the doors and they bang on the doors and they roll in people to intimidate them to make sure that they sit there and go, ‘oh, oh, what do you want? You know, I’ll do anything,’ et cetera.”

“Well, these people didn’t,” ge added, “And this is the FBI. The FBI’s the gestapo right now. I know they hate when I say that, but they’re the gestapo. We’re not going to back off calling them the gestapo because they have gestapo-like tactics.”

“Here’s my point,” he said. “They’re losing. They’re only trying to use this national security state muscle because they know they’re not winning. And quite frankly, when you do things like the Great Reset this weekend, and get young people up-to-speed on what’s going on, that drives them even more insane.”

“So, hey, Turning Point’s going to be a target, a big league target,” Bannon said. “Okay? So just stand by, Charlie. It’s all coming. It’s all going to come hard and heavy.”

According to the Washington Post article referenced by Steve Bannon during the interview, five Trump allies were served sweeping subpoenas demanding information on the Save America PAC.

“The Justice Department is seeking details about the formation and operation of Donald Trump’s post-presidential political operation, according to three people familiar with the probe, sending a raft of subpoenas in a significant expansion of the criminal investigation of the Jan. 6, 2021, attack on the Capitol and efforts to overturn the results of the 2020 election,” the Post article reported.

“A federal grand jury sent subpoenas on Wednesday to a wide range of former campaign and White House staffers asking for information about the Save America PAC, according to the people, who spoke on the condition of anonymity to discuss an ongoing probe,” the report added. “They described the subpoenas as broad, seeking all documents and communications about opening the PAC and every dollar raised and spent.”

“At least one of the subpoenas also demanded information about the plan to submit slates of phony electors claiming Trump won pivotal states, including all communications with several key lawyers and advisers involved in the effort, one of the people said.,” the article notes. “They include Rudy Giuliani, Boris Epshteyn, Bruce Marks, Victoria Toensing and Joseph DiGenova, this person said.”

“Another one of the three people, who has direct knowledge of one of the subpoenas, said the document was ‘wide ranging’ and included multiple other categories of information, but this person declined to describe them,” the report added. “FBI agents served at least some of the subpoenas in person on Wednesday, one of the people with knowledge said.”

Harmeet Dhillon, an attorney who has represented Donald Trump in the past, reacted to Charlie Kirk’s interview by stating, “Can confirm this happened to many Trump allies I know as well.”

The FBI conducted a sweeping raid of Mar-a-Lago on August 8, before staging a photo of empty ‘top secret’ and ‘classified’ folders that it inserted as an attachment in response to a court order. Since then, the Department of Justice and the FBI have been leaking sensitive legal information and classified national security information to the press in a blatant effort to interfere in the 2022 midterm elections.

BeckerNews has reached out to several of the figures named in the Washington Post story for further corroboration of the report the FBI served 35 subpoenas to Trump allies on Thursday. The story will be updated if any information is forthcoming.