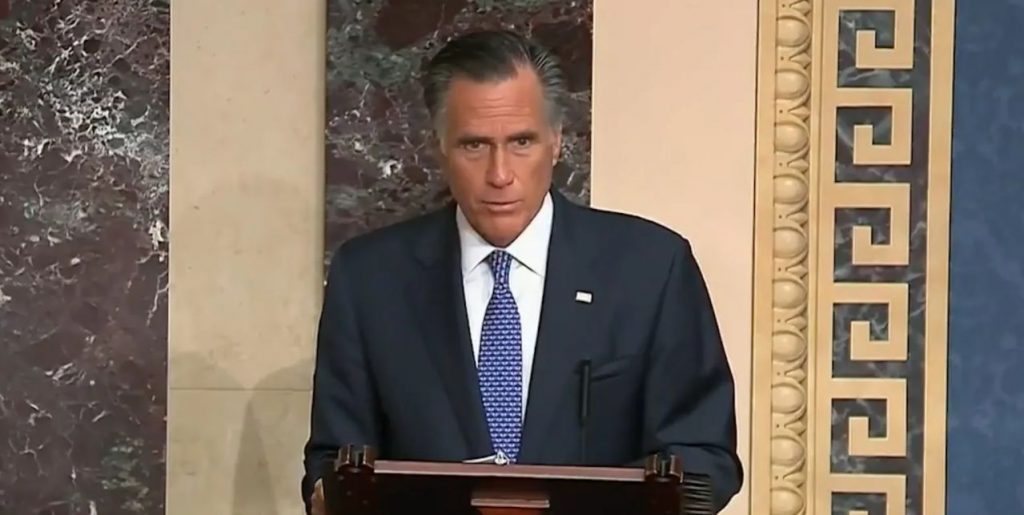 After the Democrat-led attempt to get political revenge on Donald Trump in the form of a baseless impeachment charge of “incitement of insurrection,” several of the Republicans who sided with the Democrats’ blood vendetta are facing a political reckoning.

The Senate vote was 57 guilty, 43 not guilty. Seven GOP senators joined with Democrats in the vote.

“The Republicans who joined with the Democrats were: Richard Burr of North Carolina, Bill Cassidy of Louisiana, Susan Collins of Maine, Lisa Murkowski of Alaska, Mitt Romney of Utah, Ben Sasse of Nebraska and Pat Toomey of Pennsylvania,” CBS reported.

The reckoning is coming in the form of a “censure,” which is a party repudiation of the acts of one of its members. The fallout began with Louisiana’s Bill Cassidy:

“The Executive Committee of the Republican Party of Louisiana has unanimously voted to censure Senator Bill Cassidy for his vote cast earlier today to convict former President Donald J. Trump on the impeachment charge,” the state party said.

The backlash moved swiftly to include Senator Burr, as reported by the News & Observer:

Pennsylvania’s Pat Toomey is now under fire from a censure motion, the Pittsburgh Post-Gazette reported:

The Change.org petition to censure Sasse is approaching its 15,000 signature goal. Senator Ben Sasse was already censured before the impeachment conviction vote due to his support for moving forward with the trial.

The Scotts Bluff County Republican Party voted to censure Sasse on Thursday over his view that Trump’s impending Senate impeachment trial for allegedly inciting the insurrection is constitutional.

As Newsweek reported about other Republicans who supported moving forward with the impeachment trial:

Other Republicans who have been censured by local Republican parties include Rep. Liz Cheney (R-Wy.), Rep. Adam Kinzinger (R-Ill.) and Rep. Tom Rice (R-S.C.), all of whom voted to impeach Trump on January 13. Arizona Republicans censured Trump critics who are not currently in office, including former Republican Senator Jeff Flake and Cindy McCain, the widow of deceased GOP Senator John McCain.

Although Susan Collins and Lisa Murkowski may be relatively safe from censure in their home states, there is a recent addition to the list: Mitt Romney. The Washington Times recently reported:

Sen. Mitt Romney is facing blowback in Utah over his vote to convict former President Donald Trump for inciting the violent Jan. 6 storming of the U.S. Capitol.

The Salt Lake Tribune’s “The Rundown” newsletter reported Monday that a petition is circulating online calling for Mr. Romney’s censure and suggesting he is “an agent for the Establishment Deep State.”

The Republican Party is moving to protect itself from those in its party who blamed Donald Trump for a riot planned weeks in advance. These GOP senators sided with the Democrats’ shameless attempt to pin the blame on the former president.

Now, they are left to face the political consequences.

NOW READ: Donald Trump Has a Message for 7 GOP Senators Who Voted to Convict Him