TMZ has wandered away from its entertainment stomping grounds and is now proferring 9/11-truther-level conspiracies about conservatives.

In its latest musings about conservatives, the stage at the Conservative Political Action Conference (CPAC) was designed to look like a Nazi rally.

Not just any Nazi rally, either. One for an SS platoon.

It supposedly bears a resemblance to something few Americans have heard about: The Odal rune. 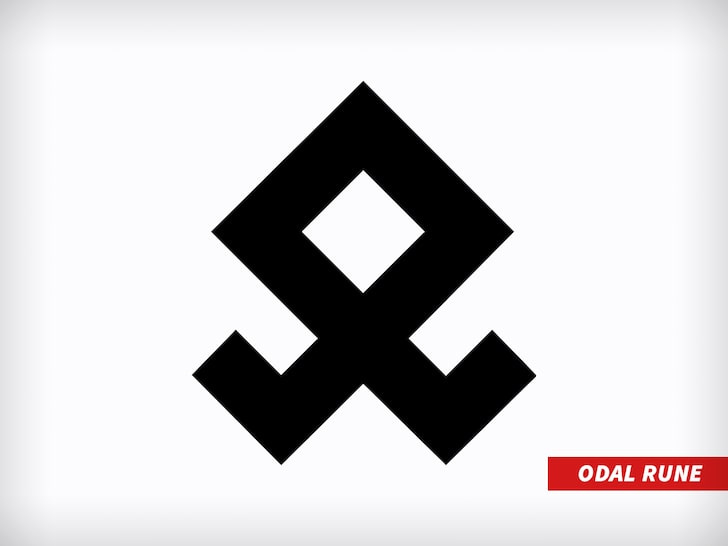 It looks like some people are way too much into runes. I recommend laying off the World of Warcraft. And the drugs.

Anyway, this is what the author claims. You might want to try some mild psychedelics so you can follow this argument:

The main CPAC stage where Republicans and other conservatives are gathering this weekend in Florida looks eerily similar to an old Nazi symbol … something that’s causing utter outrage.

Somebody pointed out the design, noting the stage appears to be shaped like an emblem the Nazis proudly flashed during WWII. And no, it’s not the swastika that everyone knows … but it is an offshoot of it, one that’s less known but still as hateful.

The symbol is called Odal rune, and it dates back to ancient Germanic languages. Its rough English translation is heritage, inheritance or inherited state. Yeah, pretty Nazi-ish.

No, what’s “Nazi-ish” is this kind of unhinged propaganda, which has become commonplace on the frothing-at-the-mouth left. The TMZ smear piece was blasted by CPAC’s Chairman, Matt Schlapp, in an ‘update’ on the story.

“Stage design conspiracies are outrageous and slanderous,” Schlapp told TMZ. We have a long standing commitment to the Jewish community. Cancel culture extremists must address antisemitism within their own ranks. CPAC proudly stands with our Jewish allies, including those speaking from this stage.”

tHeY'rE nOt EvEn HiDiNg iT aNyMoRe! pic.twitter.com/O8b51u5Hbh

hey @TMZ is there a reason you are using the SAME COLORS AS THE NAZIS? pic.twitter.com/RMilYcAgA3

TMZ and Snopes are both on the case of the Nazi-inspired CPAC stage https://t.co/Kl6eTkoxu5

The conspiracy-deranged left has no argument about what is good for the country. That is why their only way to keep Americans from listening to conservatives, such as the ones gathered at CPAC, is to smear and defame them. This is just the latest ridiculous attempt.

TMZ should stick to covering what thong Kim Kardashian decided to wear today. Leave the conspiracy theories, like the debunked Russia hoax, to the mainstream media.