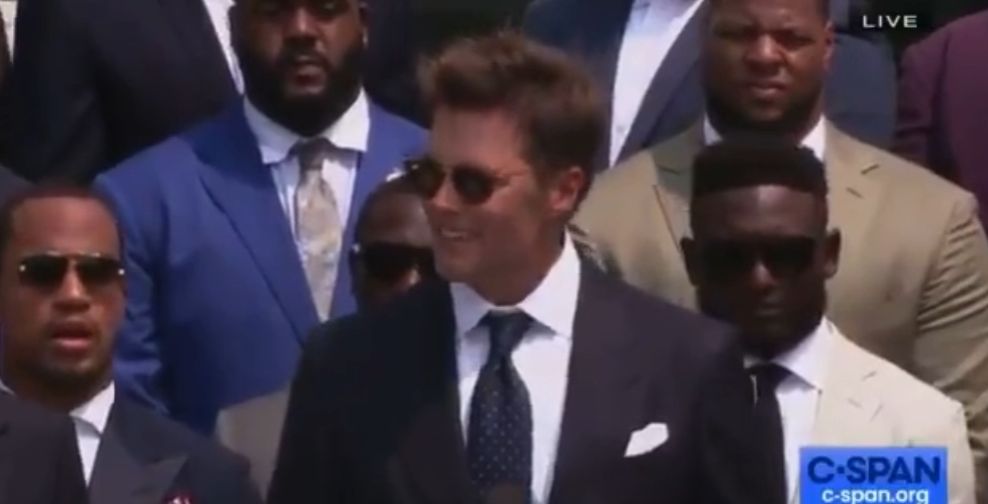 Tom Brady is a legend on the football field, but he may have become an even bigger legend off of it. After declining White House visits under Obama and Trump, the known MAGA-supporting quarterback was able to show his killer instinct at a White House visit on Tuesday.

“We got on a roll,” Brady said. “Not a lot of people, you know, think that we could have won.”

“In fact, I think about 40% of people still don’t think we won,” Brady joked.

Biden responded: “I understand that.”

“Do you understand that, Mr. President?” Brady said after turning to Biden.

It was a good-natured joke, but one that acknowledges the divide in America right now.

Brady has been known to be tight with Donald Trump, and even was spotted with a MAGA hat in his locker. 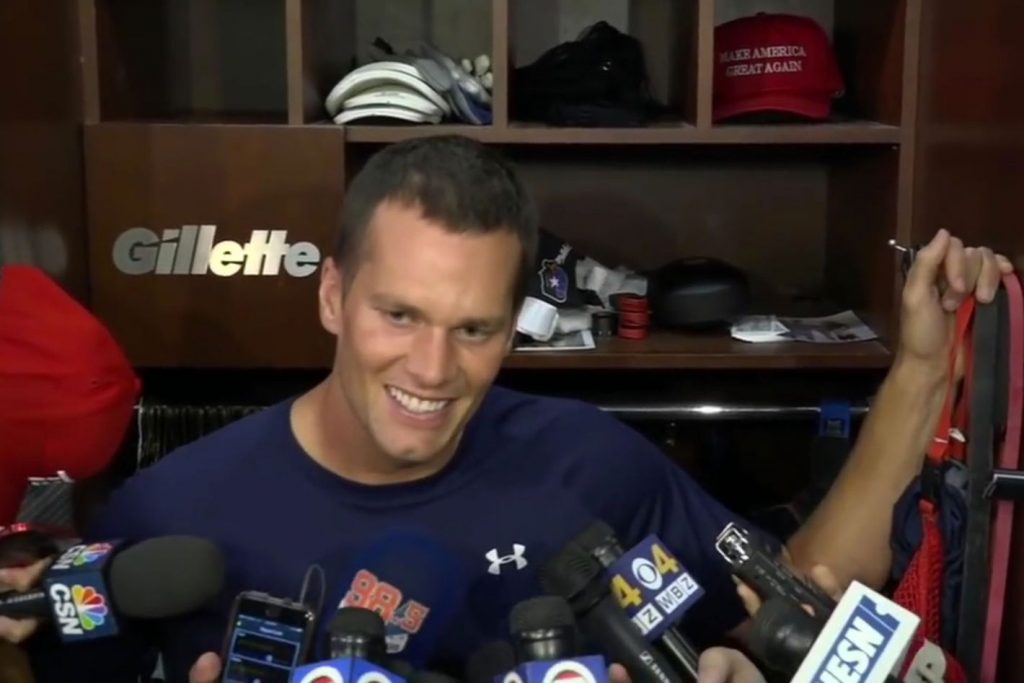 Brady was confronted by a reporter in 2015 for being a personal supporter of Donald Trump.

“Can I just stay out of this debate?” Brady said and laughed. “Donald is a good friend of mine. I have known him for a long time. I support all my friends. That is what I have to say. He’s a good friend of mine. He’s always been so supportive of me — for the last 15 years, since I judged a beauty pageant for him, which was one of the very first things that I did that thought was really cool. That came along with winning the Super Bowl. He’s always invited me to play golf. I’ve always enjoyed his company.”

“I support all my friends in everything they do,” he said. “I think it’s pretty remarkable what he’s achieved in his life. You’re going from business, kind of an incredible business man and then a TV star, and then getting into politics. It’s a pretty different career path. I think that is pretty remarkable.”

It is unknown who Tom Brady voted for in the 2016 and 2020 elections. But after the 2020 election, Howard Stern asked him about not formally endorsing Trump during the campaign.

“But the whole political aspect came, and I think I got brought into a lot of those things because it was so polarizing around the election time,” Brady said. “It was uncomfortable for me. You can’t undo things — not that I would undo a friendship — but the political support is totally different than the support of a friend.”

That’s smart business, something Donald Trump can certainly “understand.” But as for his chops at the Biden White House, Brady showed that his political timing is perfect.