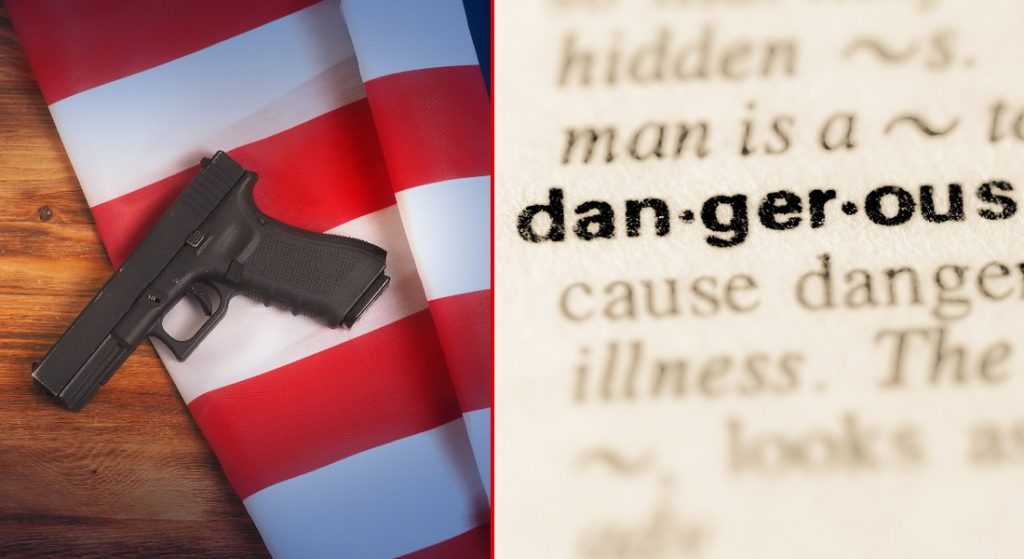 “Trigger warning,” the term often used in academic “safe spaces” to keep students from learning about “harmful” ideas, has itself been slapped with its own ‘trigger warning’ — rhetorically speaking.

Brandeis University recently published its “oppressive language” list for 2021, and “trigger warning” was featured among the ‘winners,’ along with some true eyebrow-raisers. 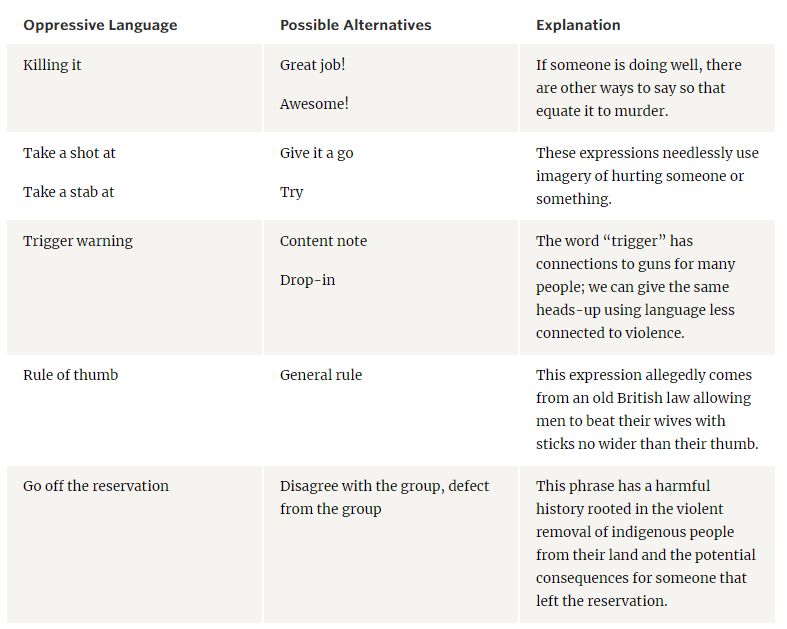 The university listed entries for “oppressive language” along with “possible alternatives” and an “explanation.” The explanation for “trigger warning” is truly laughable: “The word ‘trigger’ has connections to guns for many people; we can give the same heads-up using language less connected to violence.”

But what about “shotgunning” beers at keggers? Or ‘rifling’ through papers? The possibilities for this snowflake-censorship are virtually endless.

Other entries include “killing it,” which is supposedly interchangeable with “great job!” or “awesome!” The dry explanation: “If someone is doing well, there are other ways to say so that equate it to murder.”

But what if we happen to be talking to a Planned Parenthood technician? “Killing it” would be both literal and “awesome!” according to radical libs.

“Rule of thumb” is quite pedantic and goes in the “fun fact” file. “This expression allegedly comes from an old British law allowing men to beat their wives with sticks no wider than their thumb.” That seemed relatively tolerant — at the time.

“Go off the reservation” is fairly amusing. “This phrase has a harmful history rooted in the violent removal of indigenous people from their land and the potential consequences for someone that left the reservation.” So simply referring to anything in regards to Native Americans is now “offensive.” Got it.

There's nothing weird happening in our major institutions, why would you think that? It's not like they're trying to prohibit the use of the word "picnic" https://t.co/jW2lY2rzX6

So you wouldn’t say, ‘keeping up with all these Woke word changes is certainly no picnic.” The reason? The term “picnic” is associated with “lynchings of Black people.” Because that’s certainly what people are looking to do when they are about to bite into a PB&J covered with ants.

It turns out that the inclusion of “picnic” by the “university” is based on a falsehood. Quelle surprise.

So, the inclusion of "picnic" on a list of "violent",
"oppressive" language is based on a falsehood https://t.co/svbqjECdWE

“Picnic” did not originate from racist lynchings. But why inconvenient facts ruin the narrative of omnipresent racist oppression, am I right? Wesley Yang also pointed out “Rule of Thumb” is another fake etymology.

Generic “people of color” is out so POC and NPOC is insensitive as well, even though you can bet a faux-hip Biden official will use the phrase at some point today.

So is "people of color," apparently. pic.twitter.com/Jb08TKhsLB

Even “long time no see” and “no can do” were considered insensitive to those who don’t speak proper English. This is truly warped.

Your head spinning yet? And the “violent language” list is only one of five lists that make up Brandeis’ master list of “oppressive language,” Twitchy points out. 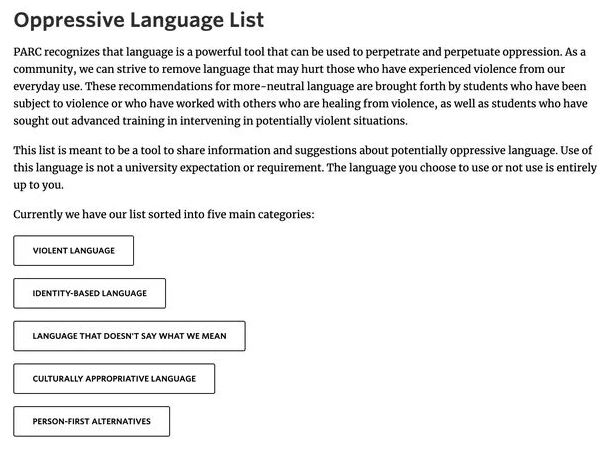 These “oppressive language” lists are a type of thought policing that is part-and-parcel of today’s academic indoctrination curriculum. The goal of academia is thus no longer to open up students’ minds , but to make sure they are rabid, radicalized Woke activists with a monolithic worldview that is triggered by any new idea. Oh, sorry. I should have given a “trigger warning.”