Justin Trudeau Capitulates to Freedom Truckers: Canadian PM Announces That He Has No Plan to Use Military Force

Justin Trudeau, hobbled Canadian prime minister who went into hiding in the face of a Freedom Convoy movement spreading across the country, ended speculation that the nation was considering military intervention.

“One has to be very, very cautious before deploying the military in situations engaging Canadians,” Trudeau said.

“This is not something we’re looking at right now. There is no question of sending in the army,” he told reporters.

“More than 200 trucks and other vehicles have been blockading downtown roads in the nation’s capital since last Friday in what is an unprecedented protest by Canadian standards,” Reuters reported.

“The city’s police chief, under fire for a passive response by officers, on Wednesday said using the military was an option,” the report added.

The Freedom Convoy that has swept over much of Canada was reported earlier to be facing potential military intervention.

“Canada’s military may need to be deployed to clear Ottawa of protesters from the self-described ‘Freedom Convoy’ of truckers and their supporters opposed to coronavirus vaccine mandates,” WaPo reported, citing the city’s chief of police.

The police chief admitted that such extreme action would “come with massive risks.” But he added, without providing credible evidence, that “the range of illegal, dangerous and unacceptable activities is beyond the ability to list.” On Friday, Sloly demanded that the truckers “remain peaceful.” Watch:

The coordinating actions being taken to ensure that the draconian and effectively meaningless vaccine mandates remain in place. However, there are signs that the truckers’ pressure is working, as the Toronto Sun hinted in a pre-emptive denial regarding a story that the “anti-vaccine tax” that was being planned may soon be dropped.

Narrator: *It's because of the truckers* pic.twitter.com/vBEPrsX1RC

A Canadian elected official in Ottawa deleted a tweet on how to target the millions of dollars raised to support the “Freedom Convoy” of truckers who are protesting the vaccine mandate.

“This morning, I have asked the city manager and city solicitor to immediately launch court proceedings targeting the millions of dollars in funds frozen by @GoFundMe so Ottawa taxpayers are not left holding the bag for these protests,” Ottawa City Councilor of Rideau-Vanier Ward Mathieu Fleury allegedly tweeted Monday. DiscloseTV posted the screen shots posted to Twitter.

GoFundMe has been hostile to the Freedom Convoy, even going so far as to freeze millions in funds, apparently in violation of its own terms of service. The crowd-sourcing fundraiser platform played an instrumental role in supporting Black Lives Matter rioters, which did billions of dollars in damage during violent protests that led to dozens of deaths. There are now a total of $60 million in funds that BLM leaders have not accounted for. 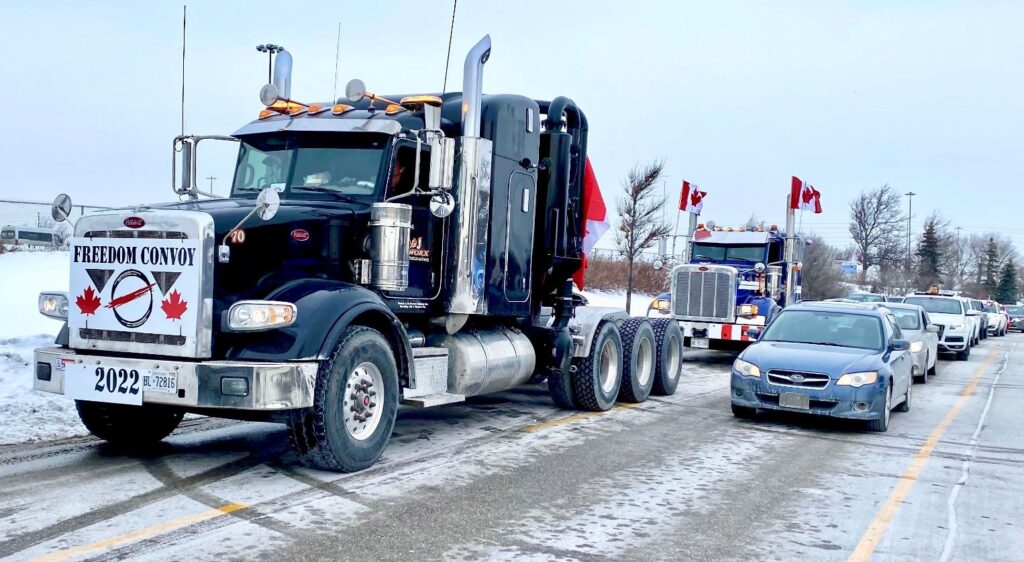 Despite non-credible claims to the contrary, the Freedom Convoy has been a peaceful act of civil disobedience. Reported acts of vandalism or other crimes have not been credibly connected to the actual truckers.

The Canadian police are thus mulling a military crackdown on truckers and supporters whose only crime is peaceful civil disobedience.

Canadian Prime Minister Justin Trudeau has gone into ‘hiding’ after a purported Covid positive test, while claiming that the truckers are a “fringe minority.” Human Events editor Jack Posobiec reports that the Ottawa Police Chief has subsequently been flooded by 911 calls asking where Justin Trudeau is.

Facebook has also staked out its anti-freedom position by banning the “Convoy to DC 2022,” which was being organized to support the Canadian truckers. The same group is also organizing on Telegram.

JUST IN: Facebook has banned the rapidly growing “Convoy to DC 2022” group from its platform after it gained some 137,000 members.

Dozens of Manitoba truckers joined in the Freedom Convoy on Highway 75 near the international border to protest vaccine mandates.

“As of Jan. 15, new federal rules mandate that Canadian truck drivers returning from the U.S have to quarantine if they’re not vaccinated,” CBC reported on the backstory. “An American mandate will begin on Jan. 22, stating all drivers heading into the U.S. must also be vaccinated.”

“Under the new rules, unvaccinated truckers returning from the U.S, have to head home for nearly two weeks before making another run,” CBC added. 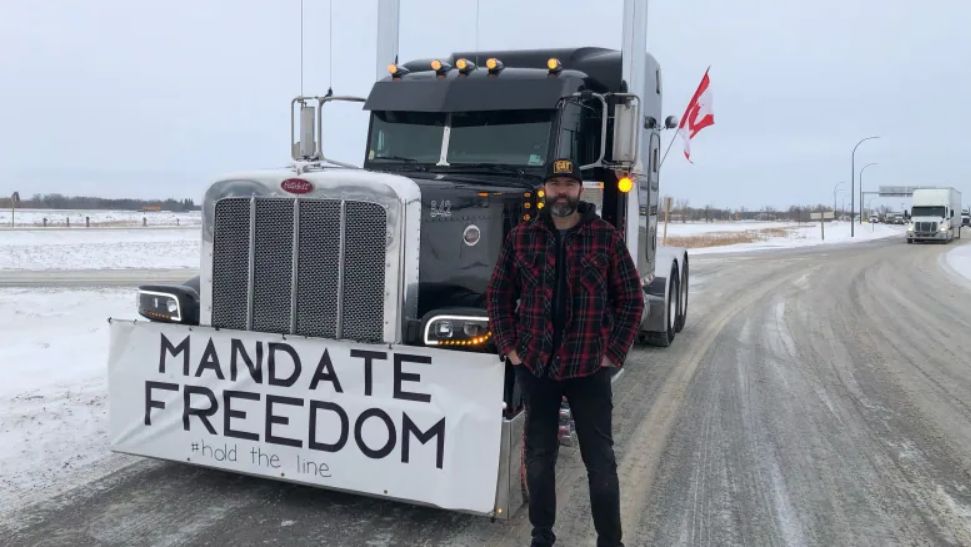 “We need to end all of these totalitarian mandates that our government has imposed on us for the last two years,” said trucker Rick Wall, who organized a Manitoba protest. “This is put on by truckers but we are calling to end all mandates for every single human being in this country, not just for us. It’s extremely frustrating.”

“Congratulations to All!”: Trump’s Statement on Jeff Zucker Resigning is Just Hilarious