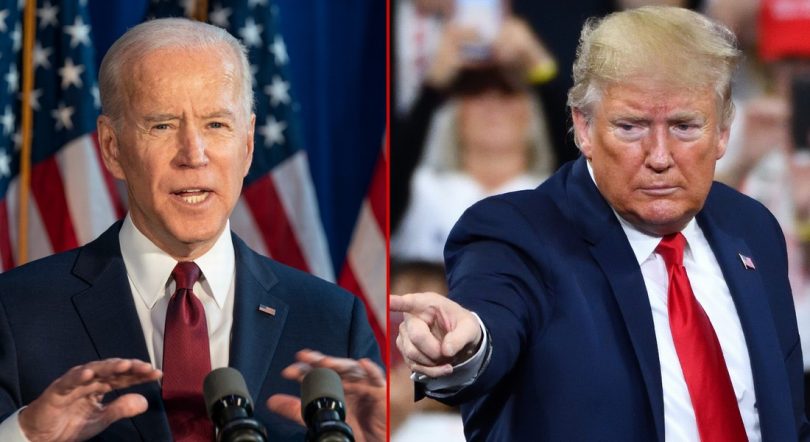 President Donald Trump unleashed on his successor Joseph Biden in an interview with popular journalist Dave Rubin this week. Rubin provided 20 minutes of the interview via his YouTube channel, but the full interview is offered to those who have a “Rubin Report” “locals” membership.

“I think it’s a group of people,” Mr. Trump replied. “A lot of people say Susan Rice and Obama, and a lot of people say, perhaps, Clinton to a lesser extent… You have people — it’s a group of people. I don’t think it’s Biden, frankly, and in many ways I wish it were because that’s the way it’s supposed to be. But I don’t believe it is. And, maybe [Vice President Kamala] Harris to an extent, although I don’t think she’s distinguishing herself with her border trips.”

There are a number of signs that Kamala Harris is more than your typical “vice president.” She has held numerous solo meetings with foreign leaders, she is included in executive briefings, and has taken on big roles such as that of a ‘border czaress.’ Harris recently traveled to El Paso, Texas, a city in the general region of the Mexican border, in part because of pressure that Donald Trump put on the administration with his announcement that he is visiting the border on June 30. Donald Trump also referred to Biden’s flurry of executive action signings shortly after being inaugurated president.

“When he signed those 17 declarations, special orders, presidential orders, he signed them and he didn’t really seem to know what the hell he is signing,” Mr. Trump added. “When you think of him, they were all sitting there waiting to be signed —and they were radical. They were radical. Bernie Sanders would have never asked for most of the things that he’s signing. This is far worse than Bernie Sanders ever imagined and it’s pretty amazing.”