Trump Takes a Swing at Critical Race Theory with One Searing Three-Word Statement: ‘1776, Not 1619’ 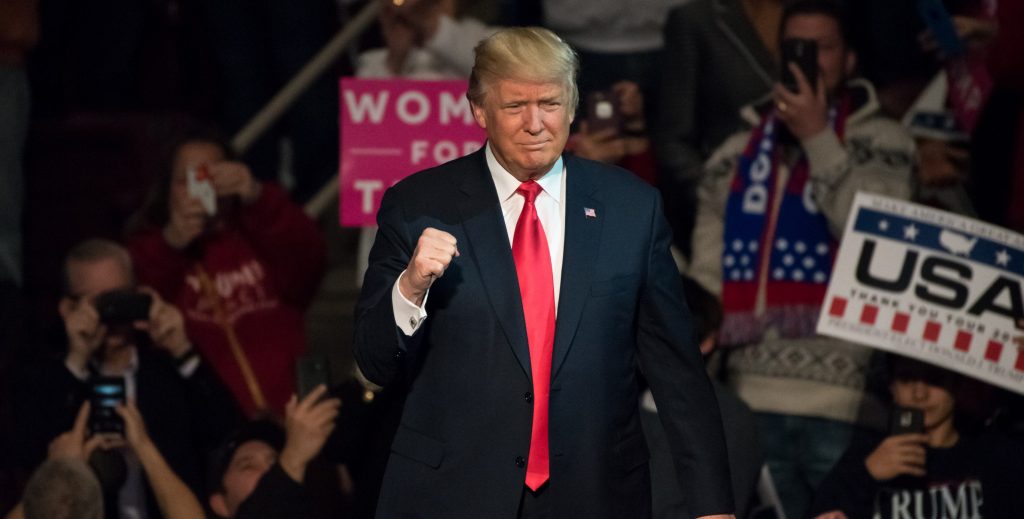 Critical Race Theory is one of the most fiercely debated and controversial topics in the United States right now.

Donald Trump gave a simple three-word statement about CRT in a Monday release.

The 1619 Project is a mission by Critical Race Theorists to claim that the real “founding” of America is when Great Britain imported slaves to its colonies in North America. It is extremely influential at media outlets, universities, and even public schools.

Despite the project winning a Pulitzer Prize, it is riddled with historical errors, misleading claims, and mendacious arguments intended to ‘poison the well’ for Americans who revere the founding principles of the United States.

The 1619 Project’s narrative that the U.S. is founded on slavery elides the true nature of the American revolution and contains egregious errors that distort history — with toxic effects. Dr. Allen C. Guelzo, a Princeton professor and scholar of history, dissects a handful of these pervasive errors.

“Among the most egregious of those errors are the claims that the American Revolution was designed to protect slavery,” Guelzo writes. “That no shred of evidence for this assertion exists did nothing to discourage the energy with which it was promoted in Hannah-Jones’ lead essay.”

“Major American historians—notably, my Princeton colleague Sean Wilentz and Gordon Wood, the dean of historians of the Revolution—rejected out of hand the notion that the Founders’ Revolution was executed in defense of slaveholding,” he adds. “Almost as exotic is the 1619 Project’s claim that plantation slavery was a model for a capitalist economy.”

This is clearly Marxian revisionism. And it has no place in America’s school system. That hasn’t stopped the Biden administration from conducting a full press to ensure the nation’s schoolchildren are exposed to it.

“The Biden administration has also promoted the doctrine in its policies,” the Epoch Times reports about Critical Race Theory. “For example, the Department of Education has newly announced a proposed priority criteria for a $5.3 million American History and Civics Education grant that will prioritize education programs incorporating the ideas of the New York Times’ 1619 Project and critical race theorist Ibram X. Kendi into their teaching.”

It’s no wonder a number of states are attempting to ban it from the curricula. In Idaho, the governor just passed a bill into law banning Critical Race Theory from being taught in schools. The critics of such action are calling the ban a potential violation of free speech. However, American schools don’t teach Nazi propaganda, either. Is that a violation of free speech? Of course not. Educators are accountable to parents and taxpayers, which is the bottom line.

Yet the country’s biggest teacher’s union, the National Education Association, recently issued a comprehensive program to teach CRT and the 1619 Project to America’s schoolchildren.

The radical agenda was adopted after the 100th NEA Assembly, which was held at the Washington Convention Center and was livestreamed as a virtual meeting. Both President Joe Biden and Jill Biden spoke to the educators in a reportedly “mostly empty” hall in Washington.

It is important to read the nature of the NEA agenda. Among the agenda items is to defend the academically discredited 1619 Project; coordinate with the marxist group Black Lives Matter and the Zinn Education Project, named after known communist Howard Zinn; as well as ‘fight back’ against anti-CRT rhetoric.

This is nothing short of greenlighting radical socialist indoctrination, while sowing racial division among the nation’s most vulnerable. The hard left is weaponizing America’s schools, and political leaders need to stand up and call it out for what it is.